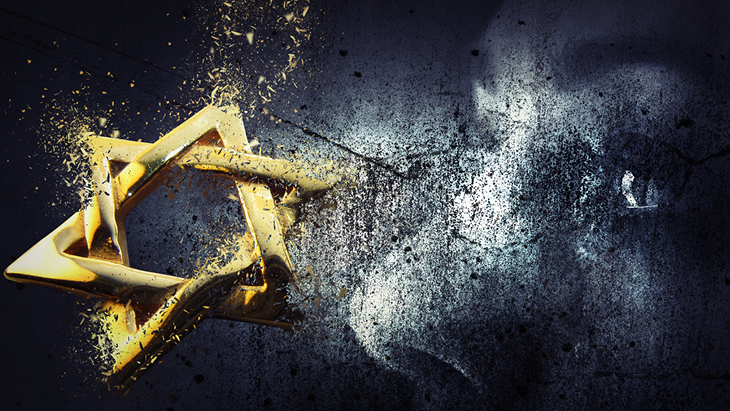 How a twisted Star of David became the perfect representation of my connection to Judaism.

I was 38 years old and pregnant with a child that seemed to have evolved magically, without intention or design, although admittedly I had considered parenthood sporadically through my twenties and thereafter. Married and working full-time as the editor of a legal magazine in the San Francisco Bay Area, proudly Jewish but loosely affiliated with a Berkeley synagogue, the confirmation of a baby on the way was the fruition of extreme hopes so long deferred.

An exuberance of my new state of body and mind punctuated every moment. I allowed nothing to disturb the feelings of happiness and the blessings of good fortune that had been visited unexpectedly upon me. I had always been some sort of an irregular person, defiant about filling societal expectations and the somewhat unusual relationships I chose to have. Now I would tread a foreseeably conventional path filled with baby showers, books and physically preparing for a labor I secretly feared.

My Judaism, in the background of my life, suddenly surged forward, seeming to insist upon being part of the prenatal show. Ethics of the Fathers states that there are three things upon which the world stands: Torah, prayer, and acts of loving-kindness. I realized that I too would require a great deal of sustenance and began reading passages of the holy book, praying at least twice-daily and helping others as much as I was humanly capable of.

One day in March, my happy life imploded with long-term terrifying consequences.

Then one day in March, my happy life imploded with long-term terrifying consequences. A normal, unremarkable pregnancy ended in an emergency C-section with my beloved pediatrician quickly diagnosing my son with jaundice, an electrolyte imbalance, thrombus in the brain, and congestive heart failure. Suddenly my husband and I were confronted with, minimally, the specter of a long-term hospitalization in pediatric ICU and the lacerating words from his team of 14 physicians that it was not likely he would survive.

My anger at the apparent injustice of the world knew no bounds, aligned with a complete and unprecedented loss of faith in the possibility of an amiable and virtuous world. Why would God permit my son’s very life to hang in the balance?

My partner was despondent, no longer employed, and the marriage was foundering – nothing seemed able to give us succor and good expectancies. Ultimately, he would abandon the two of us, returning to Canada in that vast expanse of land where we were never able to find him. Family and friends seemed to retreat from the enormity of my having a child with multiple infirmities; they too were overwhelmed from my sharing the medical reports and prognoses of my boy. I felt untethered in the world and all my prayers were powerless to make my son whole.

I remember reading in graduate school at UC Berkeley the words ascribed to T.S. Eliot – that sometimes there were simply no words extant to describe feelings and events. I no longer had any words (a person who had celebrated the beauties of the English language) and measured my moments in anticipating and examining the bad news certain to come about the tiny being residing on the fifth floor of Children’s Hospital Oakland, infinite tubes tied to his body and constant doctors and nurses hovering over him.

In July, Dr. Dodd, the chief cardiologist monitoring my son, Nils, called me into his office. “We are releasing him today,” he said. “His conditions have miraculously responded to all therapies, but he is not out of the woods completely yet. There will need to be a lot of follow-up care and three times per week visits to various specialists. But the good news is that you can take him home later this evening.”

As I sat there, I felt abject terror that I wouldn’t be equal to the task of managing any post-medical care and potential complications he would have. When I said, through my tears, that my son had not even been expected to live and I was terrified that he was still delicate and unviable, Dr. Dodd said these words to me that I have never forgotten: “The tendency of life is to continue. The Man Upstairs wanted this boy to survive.”

Remember how very hard he fought to overcome the obstacles and survive! Your job is to always fight equally as hard for him.

As I stood there sobbing, he came over and hugged me and said one more thing: “All 14 doctors on Nils’ team called him ‘The Champ,’ and we didn’t realize we were all calling him the same name!”

I told him that his name Nils means “champion” in Swedish and he was named after my father Nathan (“Natan” in Hebrew, meaning gift of God).

“Remember how very hard he fought to overcome the obstacles and survive!” Dr. Dodd said. “Your job is to always fight equally as hard for him. You hold on to him with every ounce of your being!”

I left the hospital and headed to a favorite Oakland neighborhood to finally get something to eat. As I was thinking of the bad deck of cards that I had been dealt (a desperately ill child whose future was still not medically entirely certain, an indifferent family, significant financial problems, a partner who had fled in the midst of all our family trauma), I parked my car, disembarked, and reached into my purse for a quarter to place into the adjacent parking meter. Feeling somewhat dizzy and unmoored, I dropped the quarter, which had fallen to the ground at the base of the meter.

As I bent to pick it up I saw that under it was a bent silver Star of David on a chain. My first thought was of the irony that a Jewish person – myself – was the individual to have found it.

Then another thought came to mind – that the Star of David was in fact the objective correlative of my own broken faith which had dissolved when confronted with the harsh circumstances of my immediate world and the dire medical contingencies facing my son. With no one anywhere in the area, I realized that Star of David was now my own artifact of faith. This symbol, broken, tarnished and twisted, but for the most part still intact, had entered my life for a reason. I will always feel finding it was not a random event. It was almost as though the universe was admonishing me for the failure of faith which I had experienced mostly as a result of the medical problems of my son.

The presentation of its twisted silver form was an implicit communication that faith was not simply a desultory exercise in a part of one’s life carried out in a local synagogue, but in fact the very axis on which all thinking and feeling must rely. Faith was nothing short of connecting with the Great Energizer, the centrality through which the human being was powered.

The Star of David was the epiphany I needed, the self-realization to believe that miracles were possible.

As I picked up that Star of David, I said two of the few Hebrew words I know – “modeh ani” (thank you for my life). It did not matter to me that this was traditionally a morning prayer. At that moment I was thanking the universe that a random event – finding the Star of David – was returning me to a Jewish path which I had at least temporarily deserted. The Star of David was the epiphany I needed, the self-realization to believe that miracles were possible and the continuing life of my son was one of those miracles.

I have pondered from time to time whether I should get the Star of David straightened out to return it to a previous perfection but I inveterately arrive at the same conclusion: I choose to wear it in the twisted and bent shape I found it in to remind me that my faith was challenged at that time as well. I wear it because it is an exemplum of my faith and reflects the divining course of my life of which Judaism is an inalienable and intrinsic part.

My son is, thank God, doing well and recently received his second Master’s Degree in Library & Information Systems at the University of North Carolina, Greensboro. He is a Civil War historian and his first book was just published in Blacksburg, Virginia, near where the American Civil War once raged.

Finding that Star of David reminded me of something Einstein once said: “God doesn’t play dice with the universe.”

Renee Skudra is a first-generation Jewish American woman. Her parents were from Europe (Poland and Germany). Her mother was a Holocaust survivor from Leipzig and arrived from Paris in the U.S. in 1946 with only the clothes on her back. She calls Berkeley, California my home. Even though she went to law school, she has returned to her first great love – writing. 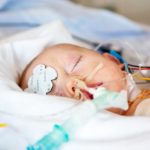 In Crisis: Lessons from the NICU11 min read 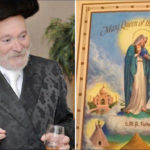 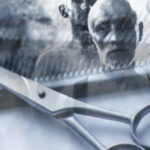 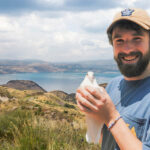 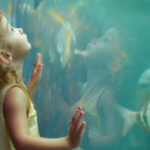 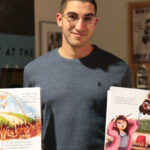