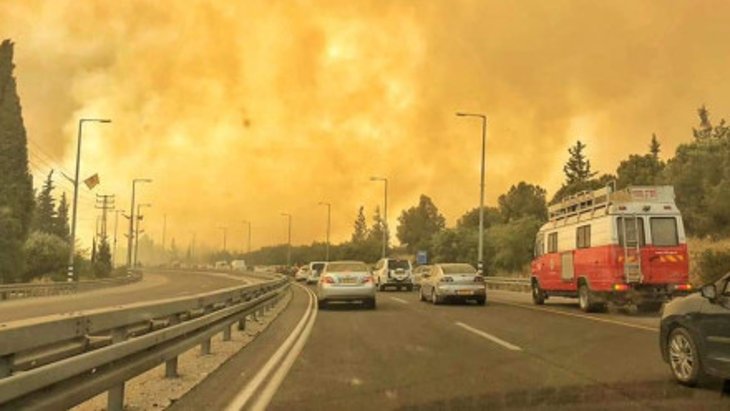 Devastation strikes an oasis of music, love and joy.

On Lag B’Omer, a devastating wildfire tore through the central Israel village of Moshav Modi’im, destroying nearly all 50 homes. With scorching weather topping 100 degrees and stifling winds, the fire spread at top speed – leaving residents with 10 minutes to evacuate with nothing more than the clothes on their backs. Miraculously, everyone escaped safely, sparing this story from a far more ominous outcome.

The blaze was among 1,000 fires that spread throughout Israel on Lag B’Omer, burning 2,000 acres of forest, primarily in the Ben Shemen Forest adjacent to Moshav Modi’im. An investigation by the Israeli fire service revealed that the blaze began in several spots, raising suspicion of arson. (Due to the hot and dry conditions, Moshav residents had refrained from lighting traditional Lag B’Omer bonfires.)

Amidst the ashes, the Moshav’s most important public space was completely unscathed: the synagogue, with its ornate mural, hand-painted by Moshav resident Yitzhak Ben Yehuda. 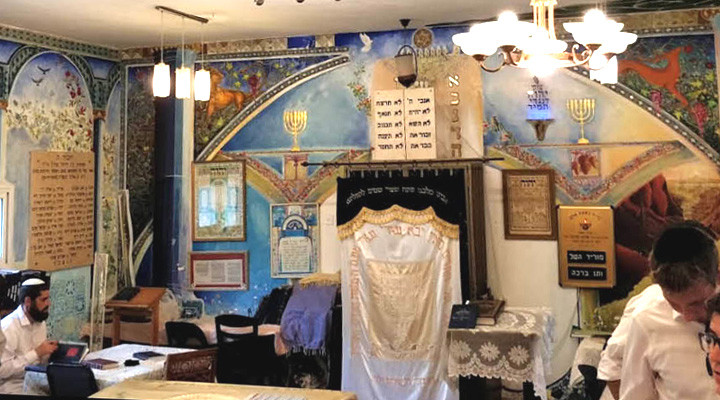 The ornate, hand-painted interior of the Moshav Shul.

Moshav Mevo Modi’im (aka Me’or Modi’im) was founded in 1975 by Rabbi Shlomo Carlebach, the “singing rabbi” whose soulful melodies are standards in the Jewish world. Many early Moshav residents were 1960s hippies “turned on” to a Torah-counterculture fusion at Carlebach’s "House of Love and Prayer" in San Francisco. Moshav residents, known as “the Chevra,” are an eclectic group of musicians, artists, organic farmers, perfumers, yoga teachers, poets, and spiritual seekers.

Residents tell Aish.com they are well cared-for, even likening it to a hotel with its communal dining hall, organized activities (classes, shows, babysitting), and a huge warehouse of food and supplies. People have donated computers, clothes and toys. Shuttles are provided to the nearby city of Modi’in, where shopping and public transportation is plentiful.

Meanwhile, a more permanent solution is sought, where the Chevra can live together in a block of 50 homes.

As for returning to the Moshav, it is completely uninhabitable. The entire infrastructure – electric, sewer, and water lines – has been irreparably damaged. In modern Israeli history, neighborhoods have been hit by fire, but never an entire community to this extent.

Rebuilding the Moshav likely involves starting from scratch – bulldozing the area and replacing it with a new, modern infrastructure. Rebuilding, however, could take years. 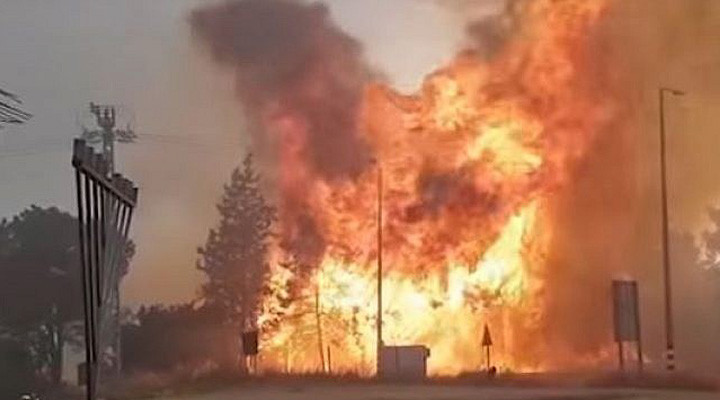 Flames erupt on the Moshav, fueled by high winds and temperatures topping 100 degrees.

Oasis of Love and Joy

Jews around the world are mourning the loss of this national treasure where every event was a special experience. Kabbalat Shabbat and Hallel prayers were spiritually-charged with joyous singing. Weddings at the Moshav were a unique outpouring of love, where the chuppah could extend for hours of song and dance. At a Bar Mitzvah service, the community would sit around in a circle and, one by one, share a favorite memory of the bar mitzvah boy.

The Chevra was in no rush to be anywhere, but in the moment.

At its outset, the Moshav operated as a collective, with residents partnering in enterprises such as tofu and granola factories. Throughout the years, the Moshav preserved its unique flavor of “Haight Ashbury meets Chassidic.” The twice-yearly Moshav Fair is a sort of mini-Woodstock, with a vast selection of arts, crafts, organic food – and popular musicians playing throughout the day. 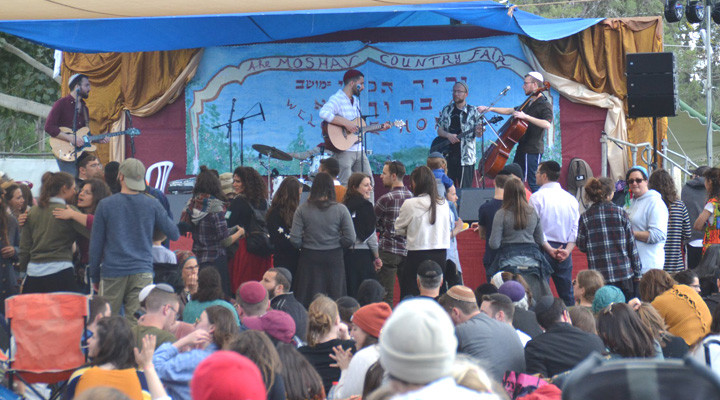 For now, we can only savor the memories of Moshav essentials like Luciano’s, the popular pizza restaurant with its huge mural of the Western Wall and endless stream of Carlebach tunes – now totally destroyed by fire.

Many of the Chevra are baalei teshuva who have traveled a long journey. Heartbreakingly, the fire leaves them with virtually no remnant of a lifetime of precious photos, books, and art. (Various crowdfunding campaigns have been posted here, here, here, and here.)

And yet, in typical Moshav style, residents are upbeat and optimistic. One Moshav resident likened it to the feeling after Yom Kippur, “knowing you have a clean slate to start all over again.”

With this tragic fire, a piece of modern Jewish history is gone. But the Jewish people have always been blessed with great idealism, resilience and hope. Drawing on this reservoir, Mevo Modi’im promises to be back, better than ever, emerging like a phoenix from the flames.

Non-conventional Warfare and Me