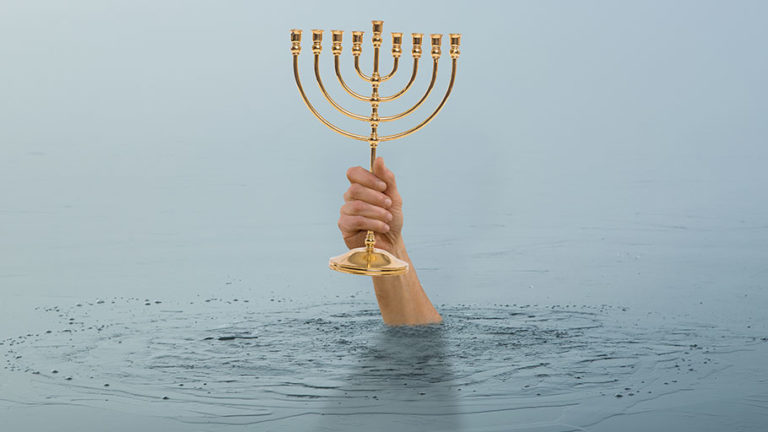 Jews have somehow miraculously survived for a number of millennia.

Now, based on a number of new scholarly books – given unusually large coverage in the Sunday Times book review section – academics, researchers and sociologists are very worried about our future.

In spite of the recent Pittsburgh massacre of 11 Jews and the well documented rise of anti-Semitism, an undeniable reality showing its ugly face even here in the United States, the far greater concern about Jewish survival seems to center on the threat from within rather than from without. Statistics bear out that Jews and Judaism need to fear suicide more than murder; a self-inflicted death by those no longer interested in maintaining their identity rather than another wave of genocidal Jew hatred.

The “Golden age” of a revitalized and reborn post-Holocaust Jewry inspired by the creation of the state of Israel, viewed by many in miraculous terms as fulfillment of a messianic vision, no longer seems to motivate millennials. Among the non-Orthodox, a sizable majority – 72% – now marry outside the faith. The birthrate for Jewish couples, again with the sole exception of the Orthodox, is so low that the next generation of children born to two Jewish parents will be less than 40% the size of today’s generation and the generation after that will be 13% of today’s numbers. Beyond that there is no way of knowing, other than acknowledging that extinction is a fearsome possibility for people who up until now outlasted all the major empires of the world.

One had only to look at the photos of the victims in Pittsburgh to see a microcosm of the new American reality. The average age of the victims, the people who were the mainstays of the Tree of Life synagogue, was 74 – and in light of dwindling membership the congregation was able to continue functioning only as a result of a merger with two other houses of worship.

Anti-Semitism is certainly a concern, but the far greater threat to the Jewish people is assimilation and the indifference.

Anti-Semitism is certainly a concern, but the far greater threat to the Jewish people is assimilation and the indifference to Jewish identity amongst the generation of young Jews.

As sociologists put it, American Jews don’t have to fear hate as much as they have to fear love. A Pew poll concluded that “Americans feel warmer about Jews than any other religious group.” That’s probably why so many Jews return that affection by “wanting to be like those who like them.” In yet another Pew poll, a majority of American Jews rated “humor” and “intellectual curiosity” much higher than community and religious practice as traits of Jewishness.

We need to ask: is there any solution to ensure our survival?

To read the responses of the authors whose books the New York Times chose to cover, I can’t help but express my amazement at the almost willful blindness of those who fail to see, or perhaps better put to acknowledge, the all too obvious “secret” of the unique staying power of the Jewish people. Over and over again, as these scholars of the Jewish scene record their pessimistic observations they qualify their statements with the words “but not for the Orthodox.”

Then they go on to tell us about the deterioration of Jewish education, the decline of Jewish commitment, the weakening of Jewish community, the waning of Jewish philanthropy, the fading of concern for Israel, and the new emphasis - in the words of Jack Wertheimer in The New American Judaism: How Jews Practice Their Religion Today, on “cafeteria Judaism”, a Judaism with primary emphasis on personal likes rather than Torah Commandments.

Strikingly missing in these “scholarly” books about new movements and new trends is a sense of true spirituality. It is as if God has been excised from religion and Judaism ought to be seen as but another idealistic social program.

Some years ago it was the saintly Chafetz Chaim, Rabbi Israel Meir Kagan, who observed that there was a major difference between real flowers and artificial ones. Artificial flowers may seem on the surface to be even more attractive than those which are real. They may be more enticing and appealing. But they have one major flaw. They cannot reproduce. They have no seeds capable of replicating themselves. So too, he said, the problem with artificially created substitutes for traditional Judaism. They might look very attractive, perhaps even more appealing. Their problem is they cannot bear fruit. It is no surprise that they cannot stem the tide of assimilation.

For those so fearful of the inability of Judaism and the Jewish people to survive the seductive call of assimilation, it would be highly instructive to better acquaint themselves with the beauty of traditional Judaism – its rituals, its wisdom, its teachings and its Torah. After all, that is surely the secret which enabled us to outlast all of those who predicted our doom for countless generations – and assuredly for generations yet to come.

Behind the Scenes with Jewish Rapper Nissim Black
Were Adam and Eve Jewish?
How I Learned to Love the Multiverse
10 Big Jewish Inventions
Comments