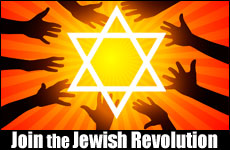 My reply to a person considering intermarriage.

As you know, I regard you highly and always consider your opinions very seriously. I am engaging in this exchange of letters not to badger you, but to help sharpen both your and my perception of this very vital issue.

I know you love Paul very dearly. And everything I have heard about him indicates that he is a wonderful person. I truly believe you when you write that you must marry him because you love him, because he's your "soul mate" and because he fulfills you. The fact that he happens to be a non-Jew is terribly disappointing. That notwithstanding, I am prepared to acknowledge that you and Paul can probably live together and be deliriously happy in marriage, despite your different faiths.

I think you might be surprised by my last sentence. Allow me to explain. The truth of the matter is that most Jews today are very much like the average American non-Jew. That is because, while we might not realize it, 99 44/100 percent of our daily stimuli are non-Jewish. The average Jew in America knows who the mother of Jesus was, but has no clue as to who was the mother of Moses. (No it wasn't Miriam [his sister]; it was Yocheved.) The average Jewish child in America can sing the words to Deck the Halls with Boughs of Holly, but doesn't have an idea of what Maoz Tzur (The Chanukah hymn) is. In effect, the differences between Jew and gentile have really diminished to the point of them being inconsequential.

That is why I believe that for many Jews today there is really no truly compelling reason why both Jews and non-Jews shouldn't seek out the most socially acceptable soul mate for themselves, irrespective of faith. Furthermore, I don't believe that the slightly higher rate of divorces that intermarried couples experience makes a big difference; after all, 3 out of 5 marriages in America end in divorce anyway.

The melting pot that our grandparents prayed for in America has turned into a meltdown for Jewish life.

Yes, it's true that the melting pot that our grandparents prayed for in America has turned into a meltdown for Jewish life. But, those are cosmic issues of Jewish continuity and Jewish survival, and it's unreasonable for anyone to expect that those issues play a decisive role in our choice of individual mates. We have to live our lives as best we can, and let the cosmic powers work out the cosmic issues.

Related Article: Why Not Intermarry

However, I do believe that there is one compelling reason why a Jew might choose not to intermarry. You see, throughout human history, the Jewish people have been at the forefront of working toward what we Jews call Tikkun Olam (perfection of the world). Our Torah introduced revolutionary ideas into the world, and we, the Jewish people, are "chosen" to be a "light unto the nations" to bring these ideas into the broad marketplace of human civilization.

It is our Torah that first introduced the revolutionary concepts of "Love thy neighbor as thyself," care for the orphan, the widow, the infirm, the stranger. Our Torah mentions "love of the stranger" 36 times, more than any other mitzvah mentioned in the Torah!

It's our Torah that says that even in times of battle, soldiers must get rid of their bodily wastes properly. In effect, we were the first members of the Sierra club; we were the first movers and shakers to save the whales and preserve the Darter Snail.

It is this beautiful and revolutionary tradition which we have successfully transmitted to the nations of the world, through modeling and osmosis. In fact, it was our Torah that proclaimed for the first time "Thou shalt not murder." And although Hammurabi recorded the exact same words 300 years earlier in his Canaanite code, its meaning for the ancient Canaanites was entirely different. According to Hammurabi's code, if I killed my neighbor's son, my neighbor could come and kill my son. If I raped my neighbor's daughter, my neighbor could rape my daughter, or take my daughter as a concubine. If I killed my neighbor's slave, I could give my neighbor 15 camels and we=d be even. For Hammurabi, human life was simply chattel, property. Therefore, if I caused someone to suffer a loss of property, then I had to restore it, or suffer a similar loss.

Three hundred years later the Torah said "Thou shalt not murder" -- the words were exactly the same, but the intention was light years apart. Our Torah posits that every person is responsible for his/her own actions, for his/her own crime. The Torah insists that one can not punish the innocent son of a murderer for a crime that his father committed.

We can look upon Jewish history proudly as one unending series of ethical and moral triumphs and accomplishments.

In fact, our Torah enlightened the world with the idea of the concept of the sanctity of human life -- that when you take a human life, you have committed a crime against what the ancients called "God," what philosophers today have renamed "society." That's why murder indictments today are usually in the form of the "State of California vs John Doe," because the whole world has adopted our view of what "Thou shall not murder" means, and subscribes to the Jewish idea of the sanctity of human life.

I could go on and on and cite hundreds, perhaps thousands, of revolutionary ideas that Jewish tradition introduced into this world, that Western society has adopted. The Jewish people have worked assiduously for the perfection of the world, and while the world is not yet perfect, we can look upon Jewish history proudly as one unending series of ethical and moral triumphs and accomplishments.

And perhaps even more remarkably, the Jews did not enlighten the world by forcing their beliefs on others through crusades and holy wars. Jews did not say "Kiss the Jewish star or else we'll chop off your head!" We did it by modeling. And, while we still have a way to go, we can be extremely proud of what we've accomplished.

Yes, Jennifer you can live happily ever after with Paul. But if you choose to marry him, you will no longer be part of that incredible legacy which has worked toward spiritually purifying and enlightening the world. You might say "big deal," that is your choice. I and my fellow Jews feel that it is a big deal. In fact it's the most important thing that we can do with our lives – "to enlighten the world under the rule of the Almighty."

We know that even when Jews marry Jews, it is very difficult to live the kind of committed life which will bring honor to the Jewish people and to God. There are plenty of in-married Jews who have no idea of what our Divine mission is. They might remain Jews, but their impact will be negligible. It is very likely that only a small number of Jews who devote their lives to preserving and transmitting this Divine message are going to continue to make a difference in this world. Unfortunately, for those who are not married to Jews, the chances of promoting those ideas and ideals, no matter how noble their intentions, are virtually nil.

The choice is to be a part of an unbroken legacy to keep the chain of this Divine mission alive.

And so in the final analysis, you need to realize that the choice you are making is not only a decision to live your life with a particular man, who happens not to be Jewish. The choice you are making now is the choice of being part of a legacy, an unbroken legacy, of 150 generations of Jews who preceded you, who fought with their values, ideals and in many instances, their lives, to keep the chain of this Divine mission alive. It is this determination that has allowed us the privilege of seeing an enlightened environment that has adopted so many of those traditions and incorporated them in to their own value system.

I want you to know that I will always love you. But if you choose to marry Paul and he does not convert, you will have effectively cut yourself off from 3,300 years of the most glorious and enlightened tradition, a tradition which is single-mindedly dedicated to the sacred mission of teaching the world the idea of the sanctity of human life and "perfecting the world under the rule of the Almighty."

All I can ask now is that you consider my words and make an intelligent decision.

Ephraim Buchwald is Founder and Director of the National Jewish Outreach Program and Rabbi of the Beginners Service at Lincoln Square Synagogue, New York City.

Remembering the Sassoon Children
The 21st President of the United States: Failure or Inspiration?
Hiding Their Jewishness
The Jewish Pope: Following the Questions Home
Comments