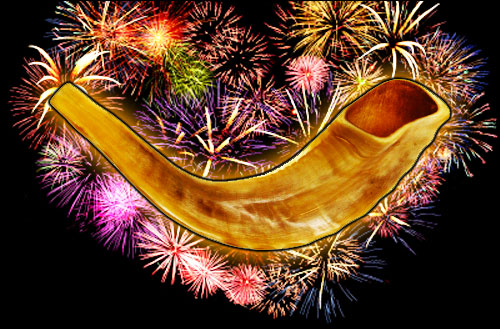 What’s the best wish for the new year?

Ever notice that Jews don’t traditionally wish each other “happy new year”?

Instead we say the Hebrew phrase “shanah tovah” which — in spite of the mistaken translation that appears on almost all greeting cards — has no connection at all to the expression “have a happy new year.”

Shanah tovah conveys the hope for a good year rather than a happy one. And the reason for that distinction contains great significance.

This past January, the Atlantic Monthly had a fascinating article titled There’s More to Life than Being Happy. The author, Emily Esfahani Smith, points out how researchers are beginning to caution against the pursuit of mere happiness. They found that a meaningful life and a happy life overlap in certain ways, but are ultimately very different. Leading a happy life, the psychologists found, is associated with being a "taker" while leading a meaningful life corresponds with being a "giver."

"Happiness without meaning characterizes a relatively shallow, self-absorbed or even selfish life, in which things go well, needs and desire are easily satisfied and difficult or taxing entanglements are avoided," the author writes.

She quotes Kathleen Vohs, one of the authors of a new study to be published this year in The Journal of Positive Psychology: "Happy people get joy from receiving benefits from others while people leading meaningful lives get a lot of joy from giving to others." In other words, meaning transcends the self while happiness is all about giving the self what it wants.

According to Roy Baumeister, the lead researcher of the study, “What sets human beings apart from animals is not the pursuit of happiness, which occurs all across the natural world, but the pursuit of meaning, which is unique to humans.”

Long before all of these studies, Jews somehow understood this intuitively. Happy is good, but good is better.

To hope for a happy new year is to give primacy to the ideal of a hedonistic culture whose greatest goal is “to have a good time.” To seek a good year however is to recognize the superiority of meaning over the joy of the moment.

The word “good” has special meaning in the Torah. The first time we find it used is in the series of sentences where God, after each day of creation, views his handiwork and proclaims it “good”. More, when God completed his work he saw all that he had done “and behold it was very good.”

What does that mean? In what way was the world good? Surely it was not in any moral sense that it was being praised. The commentators offer a profound insight. The word good indicates that every part of creation fulfilled God’s purpose: it was good because it was what it was meant to be.

That is the deepest meaning of the word good when it is applied to us and to our lives. We are good when we achieve our purpose; our lives are good when they fulfill what they are meant to be.

We know many people of whom it can be said that they had good lives in spite of their having had to endure great unhappiness. Indeed, the truly great chose lives of sacrifice over pleasure and left a legacy of inspiration and achievement that they never could have accomplished had they been solely concerned with personal gratification.

A shanah tovah, a good year, from a spiritual perspective, is far more blessed than a simply happy one.

A shanah tovah may not emphasize happiness, yet it is the most certain way to ultimately achieve happiness.

Because another powerful idea discovered by contemporary psychologists is that happiness most often is the byproduct of a meaningful life. It’s precisely when we don’t go looking for it and are willing to set it aside in the interest of a loftier goal that we find it unexpectedly landing on us with a force that we never considered possible.

Happiness is the byproduct of a meaningful life.

You would think that acquiring ever more money would make people happier. There are millions of people ready to testify from their own experience that it just isn’t so. But if getting more won’t do it, what will? Social scientists have come to a significant conclusion: while having money doesn’t automatically lead to happiness, giving it away almost always achieves that goal!

The prestigious Science magazine (March, 2008) tells us that new research reveals when individuals dole out money for gifts for friends or charitable donations they get a boost in happiness while those who spend on themselves get no such cheery lift. “We wanted to test our theory that how people spend their money is at least as important as how much money they earn,” said Elizabeth Dunn, a psychologist at the University of British Columbia. What they discovered was that personal spending had no link with a person’s happiness, while spending on others and charity was significantly related to a boost in happiness.

In a fascinating experiment, researchers gave college students a $5 or $20 bill, asking them to spend the money by that evening. Half the participants were instructed to spend the money on themselves, and the remaining students were told to spend it on others. Participants who spent the windfall on others — which included toys for siblings and meals eaten with friends — reported feeling happier at the end of the day than those who spent the money on themselves. Spending as little as $5 on other people produced a measurable surge in happiness on a given day, while purchasing supposedly pleasure -gratifying personal items produced almost no change in mood.

“It doesn’t surprise me at all that people find giving money away very rewarding,” Aaron Ahuvia, associate professor of marketing at the University of Michigan-Dearborn, explained. “People spend a lot of money to make their lives feel meaningful, significant and important. When you give away money you are making that same kind of purchase, only you are doing it in a more effective way.” He added, “What you’re really trying to buy is meaning to life.”

Meaning is our ultimate goal; in our pursuit of the “good” life we will discover the reward of true happiness.

So shana tova, may you have a year filled with meaning and purpose. And happiness that will surely follow.