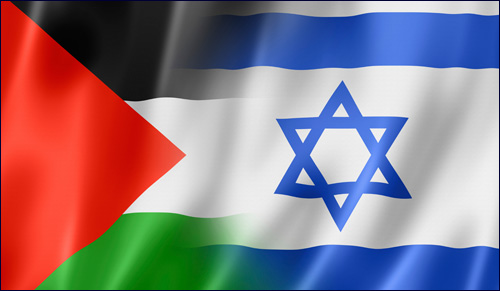 Defeating the radicals begins with the facts.

It took the Arab propaganda machine decades of persistent, aggressive effort to convince many oblivious individuals – including some world leaders – of the canard that Jews illegally occupy Arab land, having "stolen it from Palestinians."

The Mideast conflict may be complicated to solve, but is quite easily explained:

Let's look at some facts:

The Palestinian movement (PLO) was founded with the express purpose of destroying Israel. The PLO Covenant – adopted in 1964, long before Israel held any disputed territories – calls "to move forward on the path of jihad until complete and final victory is achieved," i.e. the annihilation of Israel.

This view permeates the Palestinian movement: Palestinian Islamic Jihad, Hezbollah's "Party of God," and Hamas (acronym for Islamic Resistance Movement) all share the goal of destroying Israel. Mahmoud Abbas' political party – "Fatah" – is the name of chapter 48 of the Koran which describes Mohammed signing a "peace treaty" as a way to gain leverage and launch an attack.

At the root of Palestinian ideology is this "phased plan" to destroy Israel. Palestinian statesman Faisal Husseini described peace agreements with Israel as a Trojan Horse:

"If we agree to declare our state over what is now only 22 percent of Palestine, meaning the West Bank and Gaza – our ultimate goal is [still] the liberation of all historical Palestine from the [Jordan] River to the [Mediterranean] sea, even if this means that the conflict will last for another thousand years or for many generations."

It is cheap to talk about peace, and dangerously emboldens those who lack true commitment to peace. Genuine Arab-Israeli conciliation will require genuine peace partners – not conniving perpetrators planning to liquidate Israel in stages.

The war against Israel is bolstered by anti-Semites in the West.

The Boycott, Divestment and Sanctions Movement (BDS) – a global campaign to put economic and political pressure on Israel – gives anti-Semites the veneer of "humanitarian cause" to spew venom against Israel.

In its efforts to isolate and stigmatize Israel – the only true democracy in the Middle East – BDS makes a false analogy between Israel and Apartheid South Africa. Israel was the first Middle East country to grant Arab women the right to vote. One-third of the staff at Jerusalem's Hadassah Hospital are Arabs. Israeli-Arab Salim Joubran sits on Israel's Supreme Court, and Israeli-Arab Majalli Wahabi has served as acting President of Israel.

For BDS activists, harming Palestinians is apparently a fair price to pay for harming Israel.

“Paul McCartney is the enemy of every Muslim... If he values his life, Mr. McCartney must not come to Israel. He will not be safe there. The sacrifice operatives [i.e. suicide squads] will be waiting for him.”

Rather than forging peace, supporting BDS encourages the work of anti-Semites.

One of the biggest challenges facing the free world today is protecting Free Speech. This freedom is widely trampled by Muslim dictatorships who control their populations by eliminating free speech. They justify harsh actions against dissenting voices by labeling them "traitors, collaborators, thieves," etc.

Encouraging open dialogue is the best chance for wisdom and truth to prevail.

For the free world, the response to these abuses of free speech should be even more speech – clear, factual speech that enables thinking individuals to understand the reality. Encouraging open dialogue is the best chance for wisdom and truth to prevail.

As we've seen with ISIS and others, the extremists do not discriminate. Given the opportunity to implement their radical agenda, they will kill or harm anyone who doesn't see things their way. This cannot be taken lightly, and the sooner the free world wakes up, the better chance we have to confront it.

Israel is the "canary in the coal mine," warning the free world what will happen should the radicals win. If the world allows the false Palestinian narrative to persist, the jihadists will be emboldened, posing greater threats not only to Israel but also to the West.

In order to defeat this falsehood, we need to recognize the enemy's tactics, and challenge those who harm Israel. Here's how you can help:

It is time for every peace-loving individual to take a closer look at the evidence, and realize that we each have skin in the game. Together, we can ensure that justice prevails.

What Do Palestinian Terrorists Want?

The Arab 'Right of Return' to Israel
Were Adam and Eve Jewish?
How I Learned to Love the Multiverse
10 Big Jewish Inventions
Comments