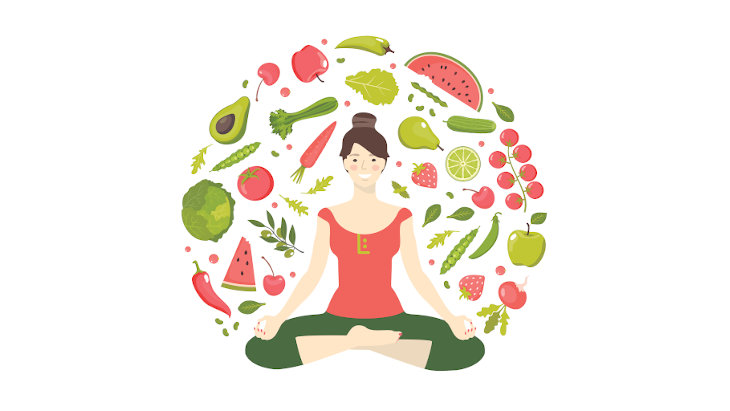 Eat to fix the world.

Have you ever seen anyone meditating while eating a sandwich or a salad?

I didn’t think so.

Eating doesn’t seem like a very spiritual act to most people.

However, it’s supposed to be.

Allow me to explain.

Even though eating is usually something we do while we’re talking with friends or scrolling through our phones, Judaism teaches that the moment of eating is actually a very important moment, not just physically for our bodies, but spiritually as well.

In order to really understand this we need to take a quick look at a teaching from the Kabbalah, the teachings of Jewish mysticism, that gives us a peek into the spiritual “behind-the-scenes” of the moment the world was first created.

The Kabbalah explains that, before there was anything, there was only God’s light and when God wanted to create the world God created ten vessels, called sefirot, to receive that light and to be used in the creation of the world.

But then something cosmically tragic happened.

God’s light was too powerful for these vessels and they broke into countless shards, known in Kabbalah as “holy sparks”, and these holy sparks became embedded throughout the newly created world.

According to the Kabbalah, our essential work in this world is to “elevate the sparks”, through the performance of good deeds and other positive actions, and thereby fix the brokenness that is literally part of the world. This is where the well-known Jewish concept of tikkun olam, fixing the world, comes from.

So how does eating fit into all of this mystical talk?

The Kabbalah teaches that the food we eat is “home” to many of these holy sparks and, consequently, each time we eat we have the opportunity to elevate the sparks and thereby participate in fixing the world.

You heard me right. Fixing the world through eating. (Such a Jewish idea, no?)

This idea is illustrated through one of the very first stories of the entire Torah: Adam and Eve eating from the Tree of Knowledge in the Garden of Eden.

Now, the sin of Adam and Eve is traditionally understood to be that they ate what they weren’t permitted to eat.

But Rabbi Tzadok HaKohen (1823-1900), a prominent leader of the Hasidic movement first developed by the Baal Shem Tov in the 18th century, had a different take on this.

He taught that it wasn’t what Adam and Eve ate that was the problem…it was how they ate.

In fact, he believed, in classic Hasidic fashion, that the Tree of Knowledge wasn’t even a tree or a thing at all. Rather it was a way of eating. Their eating was motivated by self-centered seeking of pleasure instead of recognizing the potential that the act of eating has for being a holy and spiritual moment.

And if this was the sin that caused Adam and Eve to be kicked out of the Garden of Eden then, as the teacher Sarah Yehudit Schneider teaches, “the primary fixing of human civilization is to learn to eat in holiness.”

Bringing together different Jewish teachings and practices, I think we can say that it means the following:

Judaism is all about infusing the physical world with spiritual awareness. That’s one of the reasons the Jewish star, the main symbol of Judaism, is made up of two triangles, one pointed up and the other pointed down, one pointed towards the heavens (the spiritual) and one pointed towards the earth (the physical). When we choose to approach the very physical act of eating with spiritual attention we literally have the ability, as we have already seen, to change our lives and even the entire world.

Akiva Gersh has been working in the field of Jewish and Israeli Education for over 20 years. Originally from New York, he moved to Israel in 2004 and from 2007-2020 taught Jewish History and Modern Israel at the Alexander Muss High School in Israel. He has since taken his Israel education work online through his business @Israel, providing courses, classes and virtual tours about Israeli history, society and culture. Akiva also teaches extensively about the connection between Judaism, animal welfare and veganism and shares many of these teachings on his "Vegan Rabbi" pages on Facebook and Instagram. Akiva holds a BA in Religious Studies from Brown University, an MA in Jewish Education from Yeshiva University and rabbinic ordination from Yeshivat Sulam Yaakov in Jerusalem. He and his wife Tamar live in Pardes Hanna with their four children.