How To Stock A Jewish Pantry Wherever You Live 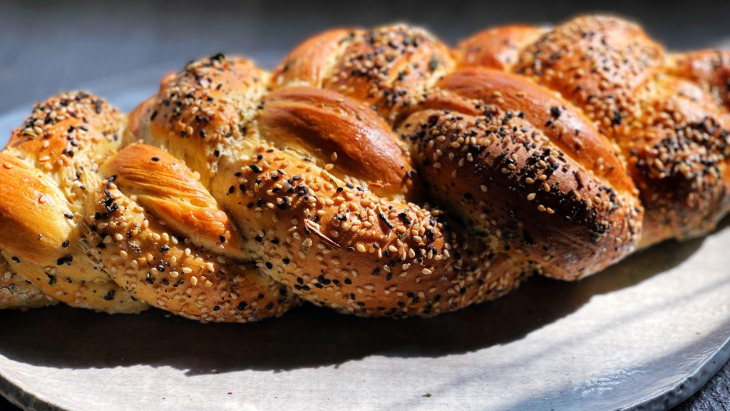 What these pantry staples say about the most well-traveled cuisine.

Just like Jewish people, Jewish food travels and adapts. In fact, the definition of Jewish food refers to the cooking traditions that have evolved over centuries amongst Jews from around the world shaped by the Jewish dietary laws, holidays and observance of Shabbat.

Kosher salt, tahini, harissa, sour pickles, matzo meal, sesame seeds, poppy seeds, egg noodles...just some of the ingredients that might be in a Jewish pantry. What does your Jewish pantry say about you?

A pantry can reveal heritage and current location. It can show a nuanced, layered story of the Jewish people because this is the food and culture of a people whose very identity entails movement, immigration, captivity, expulsion, return, and diaspora worldwide. Jewish food has never been stagnant. Food, and the memory of taste, have moved with us.

Never before have we been so encouraged to understand the ingredients and background of global Jewish cuisine and be able to recreate them with accessible spices and recipes. On any given day, each of us may integrate flavors and ingredients to reflect Ashkenazi cuisine from Eastern Europe, Sephardic cuisine from the Iberian Peninsula, Mizrahi foods from the Middle East, Ethiopian cuisine, and Indian cuisine reflecting the Bene Yisrael communities, and more. There are dishes and pantry items that reflect the Jewish community in Rome, Jewry living in Shanghai, and here I am, writing about the Jewish pantry from my home in Tokyo.

My Jewish food reflects my Ashkenazi upbringing, the places I have lived, and now, Tokyo. My personal story of movement is alive in my pantry and how I serve food. Even as I long to recreate my most precious food memories, I also adapt to my home in Japan. I add matcha to my challah or riff on my Grandmother’s classic matzah ball soup with dried shiitake and/or fresh ginger.

Faith Kramer, author of 52 Shabbats (The Collective Book Studio), tells readers that Jewish food has always been about adaptation. “Jews moved around by choice and often not by choice. They brought food with them. They learned new foods. They had to adapt it to personal preference and dietary laws”.

She writes, “As Jews from around the world migrated to Europe, Israel, and the Americas, their traditional foods began to morph to accommodate new tastes and available ingredients.”

“We can still adapt and use these foods in ways that please our modern palette,” she says. She encourages cooks to change even just one thing. “Try to bring in something from another Jewish tradition”, she suggests, “because it enriches us”.

Of course, not every ingredient is available everywhere. Despite online shopping, the issue of sourcing can still be regional and seasonal. Living in Japan means I get to drool wistfully when a cook or food writer says, “Grab it at Trader Joe’s.” Fortunately, I can make some spice blends on my own. Kramer includes recipes for spice blends and sauces that make rich global flavors accessible.

When I moved to Japan, I spent too long pining for the ease of store-bought hummus, everything bagels, everything bagel seasoning, not to mention feta and spicy schug. Over time I learned that my pantry should reflect my own specific heritage, region, and family traditions. Stocking a pantry with intention can lead to new surprises and great creativity. The everything seasoning I wanted so badly was in my reach. I could make it myself and make it my own.

My everything seasoning would reflect my personal Jewish journey. It would combine my favorite part of everything bagel seasoning with the best parts of the local furikake seasoning. Furikake literally means ‘something you put on top’ and is often a mix of sesame seeds, seaweed, herbs, and salt commonly used to season rice. My Japanese Everything Seasoning would have crunchy bits of dried garlic and onion, just like the everything bagel, but it would also have greens like furikake. My everything seasoning reflects the fact that my Jewish kitchen is situated in Japan.

Our shared Jewish food history covers where we’ve been but can also include where we each currently are. Where I am is in Japan, sprinkling my everything seasoning over rice, but also over a toasted piece of buttered challah I made myself.

Get my recipe for The Japanese Everything Bagel Spice here. 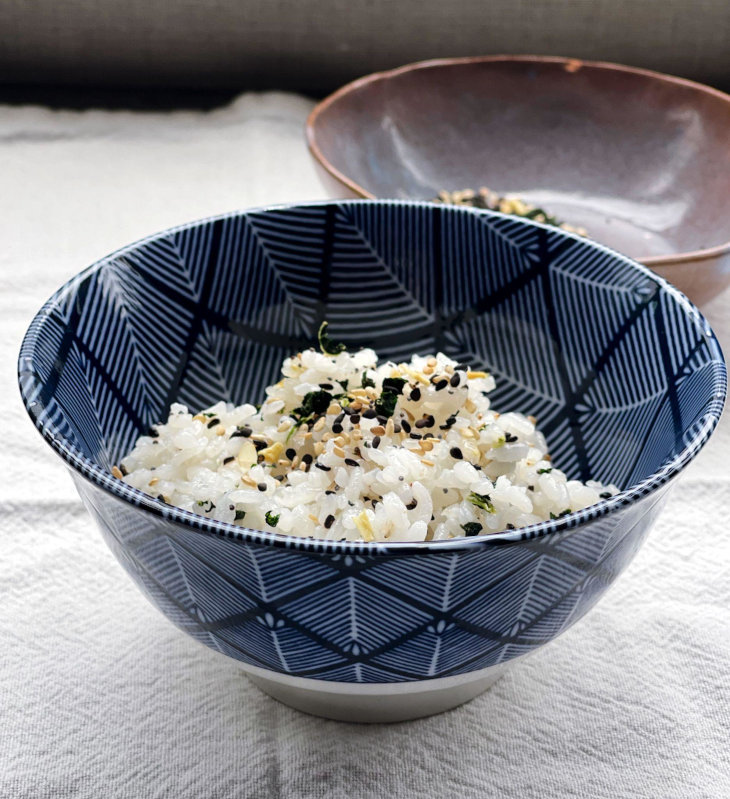 Melissa Uchiyama is a writer, mother, and creative writing teacher. Originally from South Florida, she has been based in Tokyo for 15-years. Melissa writes about honoring culture and history through food, specifically about Japanese cuisine and Jewish food. She also leads Jewish Food Writing workshops to help adults access and write of their own food memories. Her work appears in such places as The Washington Post, LA Review of Books, Kveller, The Japan Times, and in various anthologies. Follow Melissa on her Jewish Food Writing Substack, on Instagram, and on her website.

The Pletzel of Paris and The Bread That Shares Its Name
Megillah Gorilla Saves the Day
Challah Reuben “Grinder”
Big OnThe Little Things
Comments
MOST POPULAR IN Jewlish
Our privacy policy
Aish.com Is Looking for Great Writers