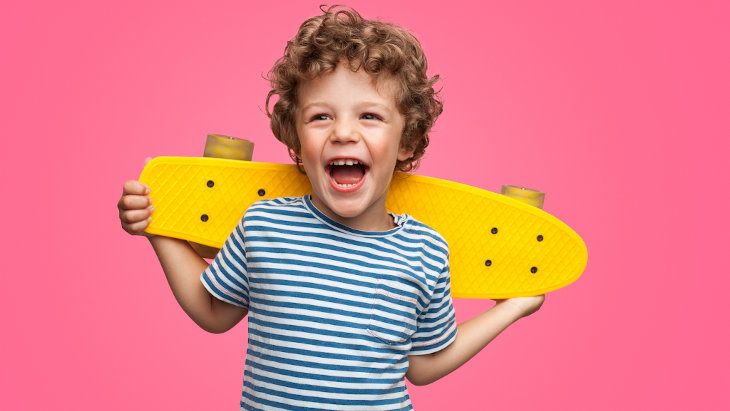 If I'm confident that my child can handle a situation, they will confidently deal with it.

When my oldest daughter cheerfully travelled through her first two years of school, I wasn't surprised. After all, she's smart, industrious, beautiful and cute. Her teachers loved her because she was well behaved, and her classmates loved her sweet, giving nature.

But then in third grade, her teacher gravely told me that my daughter has social issues. Though it had seemed that she was happy amongst her classmates, they were now at the age at which they were pairing off as best friends and my daughter was left out of the playing field.

This was sobering information. My daughter had social problems!

Once the teacher pointed out my daughter's problems, I saw its manifestations all over. My daughter didn't have a "best friend." She wasn't invited to play at friends very often and she preferred staying at home and reading a book than playing outside with the girls.

I tried everything I could to make her problems go away. I got advice from experts, encouraged her to invite friends over to our house, made sure she gave out the most expensive snacks at class parties, and even suggested how she spend her recess – she should obviously play whatever the most popular girls were playing.

Third and fourth grade were pretty miserable. My daughter tried inviting friends but was often rejected and she spent recess all alone, wandering around the school. She didn't even know how to go over and say hello when she happened to meet a classmate.

In the summer between fourth and fifth grade, our house hopped with visiting family and friends. At some point, an amazing realization hit me: my daughter was interacting beautifully with all the children. My daughter with a social issue was acting as if she didn't have any problems at all.

Fifth grade started differently that year. I retired from my job as my daughter's social director. I didn't involve myself in almost anything that happened amongst her classmates. Instead, every time I saw her disappointed about a friend who said no or a trip that she wasn't invited to, I imagined her as she was in the summer: socially strong and confident.

She got the message pretty quickly.

She knew, just as if I had told her explicitly, that she was capable of dealing with the girls in her class. She didn't have to worry about her social limitations – because she didn't have any.

My daughter's confidence was hinged on my confidence.

It took a little bit of time, a little bit of trying and failing, until she tried and succeeded in finding the girls that she enjoys spending time with. Today she has found her personal preferred balance of friend time and family time and is a confident, contributing member of her class.

The experience taught me an invaluable lesson that I have applied to countless situations since then. If I'm confident that my child can handle a situation, they will confidently deal with it.

When my son complained that a class study contest was much too hard for the class and was on a level way above anything they were used to, I didn't call the teacher. I didn't involve the principal. I didn't even call other mothers to find out if their sons were doing the contest.

Instead, I smiled at my son and asked him what he was doing to succeed. It took a few days of complaints for my message to seep in – but he eventually got it: Mommy thinks that I can succeed at the contest. My confidence spawned his own confidence and he eventually buckled down to study and shot to the top of the contest.

When my little sons ask for a screwdriver to fix the door handle, I don't laugh. I'm confident that they can fix things, and they do. My five year old is much more adept with a screwdriver than I am. (If I only had more confidence in my own abilities!)

I'm not suggesting that you ignore your children. Sometimes they do have problems that need your intervention (and please make sure they don't try anything dangerous). Sometimes it is worthwhile to ask for guidance or speak to the teacher, but even when you're doing so, minimize the problem and focus on your child's ability to overcome it. It's possible that this child needs to learn conversation skills, but you have full confidence that he will learn them and apply them without difficulty.

And of course, as our confident children confront the challenges they face, we're there to give them advice. We do have life experience and wisdom that can help them out. But we help them from the sidelines, because they're fully capable of dealing with the situation on their own.

We watch from the sidelines, but we give them a colossal gift: the knowledge that the most significant people in their lives – their parents – have confidence that they can succeed.

And if they fail at first, this confidence will give them the strength to try again.

This confidence is one of the greatest gifts you can give your children because it's not the smartest, most talented or most beautiful kids who succeed in life. It's the kids who are confident that they can.

The Myth of Perfect Parenting
Near Death Experience Panel
The Western Wall: The Heart of the World
Ask the Right Question: Tisha B’Av
Comments