How Three Generations of Loving Fathers Shaped Our Family 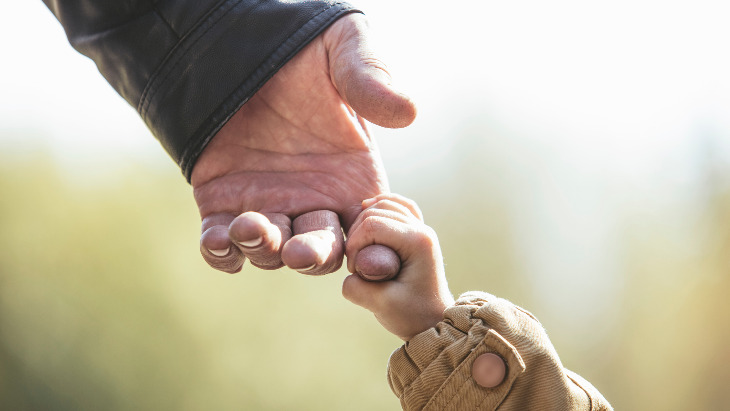 Our dream was to build a loving Jewish family. We weren’t going to let a series of challenges get in the way.

My father-in-law’s parents were refugees from the pogroms of Russia. They came to America’s shores with nothing but hope. They married and had two children while Mama used her sewing machine to do garment work and Papa cut meat in a butcher store. Mama learned English, Papa did not. All his customers spoke Yiddish, as did his wife and children, in the Bronx in the 1920s.

Many years later my father-in-law was born. Surprise! Their two other children were almost teenagers. There was not much time or interest for little Norman. Fortunately, he lived in a building with some other family members who pitched in for dinner and hugs.

When Norman was a young boy, he was recovering from pneumonia and was sent to a convalescent home for children in the mountains where he could breathe air more pure than the city could offer. When his mother dropped him off, she didn’t take the time to explain to him that she’d be back when he was better. He thought this was his new home. And if that was the case, he thought to himself, he’d better make the best of it. So, he set off to make new friends.

Perseverance. Set a goal and don’t give up. Ever. 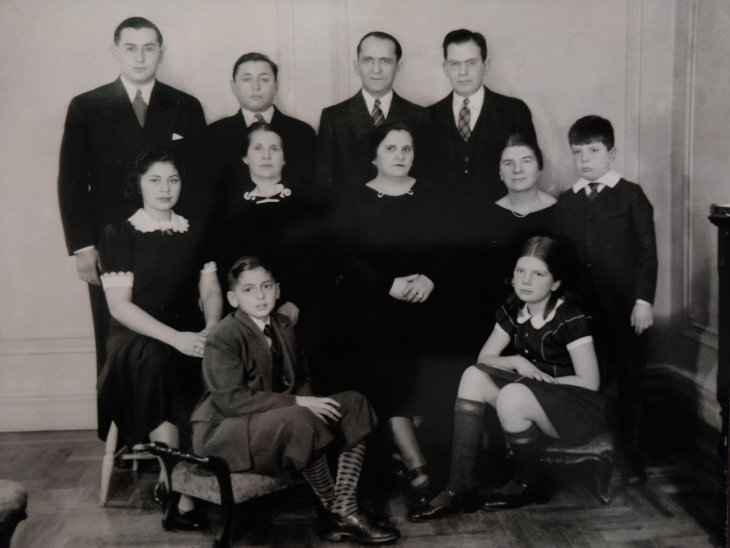 Norman, bottom left, with his sister, brother and parents and other relatives.

I don’t know when Norman made up his mind but he was young when he decided that he wanted to have a loving family.

Though his parents knew little about Judaism, Norman knew he’d only marry a Jew. He looked for a girl that came from love, and that knew more about Judaism than he did. He wanted a Jewish home too. A loving, Jewish home.

He married Tova Hellerman in 1952. They had three boys and a girl. Together they worked hard to create not just a loving Jewish family, but a family of Jewish love. While Tova snuggled the children, Norman earned almost enough to keep body and soul together, with a little help from the Hellermans. As the children matured, so did the adults. With their family growing nicely they began to include the community in their growth plans. 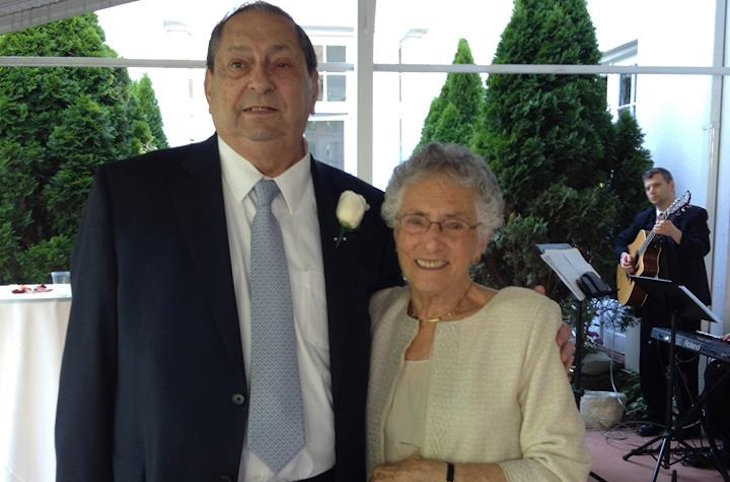 My in-laws, Norman and Tova Bulow

They built the community and the community built them. In Clearwater, Florida during the 1970s they hosted any guest who needed a kosher home. They kept the little shul in their neighborhood running, and they added as much Jewish flavor to the Jewish community as one family could.

Later, when they moved to Manhattan, they campaigned on behalf of Soviet Jewry, and Tova founded the Bikkur Cholim in Sloan Kettering Hospital. Norman became active in creating a community sukkah with catered meals for apartment dwellers. They both worked to bring in scholars-in-residence to their shul, and hosted many guests for most Shabbat meals.

For decades, Norman carefully built his family as he built his community, with perseverance and love.

When he died, nine years ago, at the age of almost 85, his funeral was packed. And in front of everyone stood his four children, their spouses and his 14 grandchildren. Each one had a story, many actually, of the play he watched with them, their games that he wouldn’t miss, the laptop he bought, the tuition he paid, the chocolate he shared, and the advice he gave. All of them were crying, all loving him, because they were so loved by him.

He made a decision as a little boy, and he won. Big time. It took decades, but he built his dream. 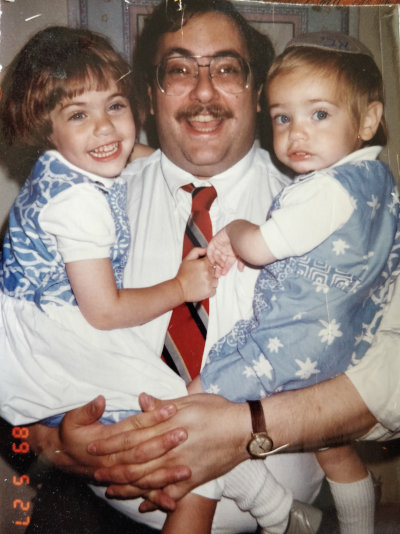 I married the youngest of Norman and Tova’s boys, Ephraim. Our dream was clear from the start: we wanted a loving Jewish family. But I didn’t come from a family like his. My parents were divorced, and they used so many resources to reshape their own lives that there was often not a lot left for their children. So we committed to each other. We are in this for the long haul, we’ll stick together, no matter what.

From behavioral challenges to learning issues, from anxiety to depression, from ADHD to bipolar disorder, we had a growing pile of challenges on our plate.

We started out strong, eager to make it all work, and had one baby after another. While I snuggled the children Ephraim earned enough to keep body and soul together (with some help from loving parents). As our children matured, so did we. Because we had great examples, we included the community in our growth plans from the very start. We hosted lots of guests, helped keep the shul going, created classes and events, served on boards and volunteered in the schools.

As the saying goes, with little children there are little problems and with big children there are big problems. That certainly seemed to be true in our family. From behavioral challenges to learning issues, from food allergies to severe asthma, from anxiety to depression, from ADHD to bipolar disorder, we had a growing pile of challenges on our plate. But we kept our goal in mind: a loving, Jewish family. 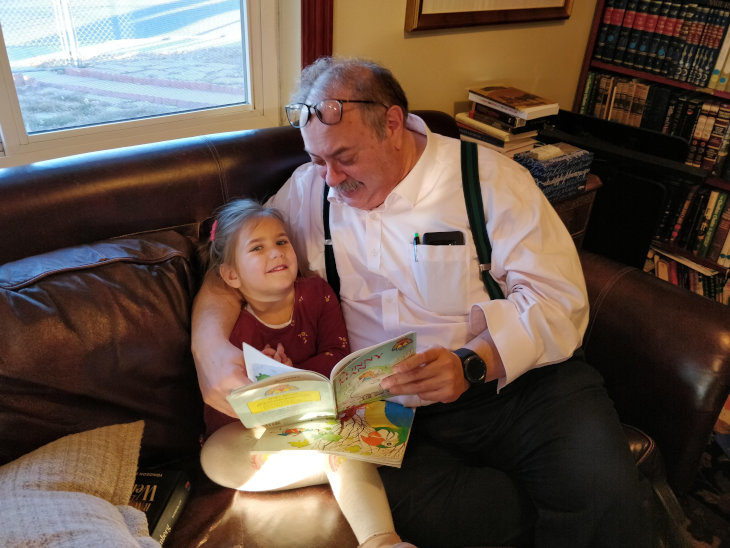 We paid tuitions, paid psychologists, paid doctors, paid tutors, paid the pharmacist, paid for camp, paid the mortgage, paid a housekeeper, paid the grocer and even paid the florist every once in a while (this was all before Amazon). We ran out of money and we borrowed. And we paid it back.

We learned to live with less stuff and more love.

And then we realized that Ephraim was working so hard to earn all we needed to keep body and soul together that we hardly ever saw him. So, we reminded ourselves of our dream: a loving Jewish family. We didn’t want to wait until the kids were grown for them to have the father we hoped for.

So, we moved. To a city that was slower paced, with a less materialistic culture. We gave up half our income to “purchase” a father for our family. We went back into debt. We paid it off again. And we learned to live with less stuff and more love. 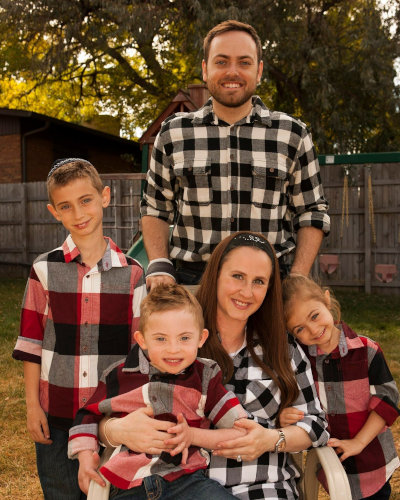 The next generations: Avi Bulow and family

When the challenges got harder and harder we turned towards each other again and again. We choose love. We’ve seen it work before, we’ve made it work before and we trust we can make it work again. At 36 plus years of marriage, with help from Above, our dream is coming true!

Those Terrible Words: I Don’t Hear a Heartbeat

Mourning What Could Have Been
It Takes A Lot Of Faith To Be An Atheist
How Instagram Brought Back This Nostalgic Soup
What Makes Eli Run?
Comments
MOST POPULAR IN Family
Our privacy policy