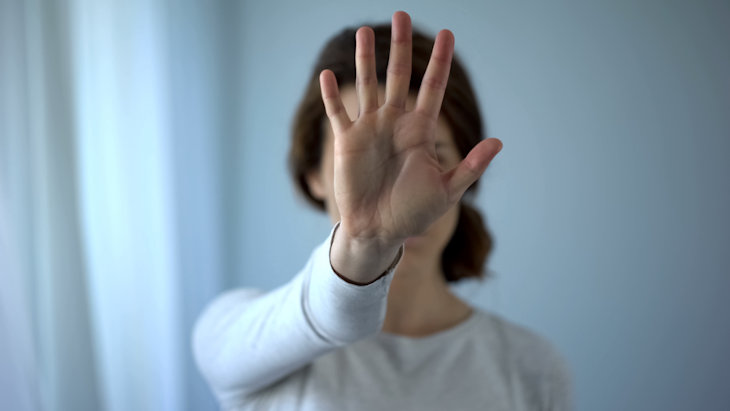 Visiting someone against their specific desires doesn't provide comfort; it causes mourners pain.

Like actors, many of us are type-cast in our real-life roles. Some of us are always the ones to organize the events; others are always the ones with the ideas or the vision, and yet others may be the quiet and efficient worker bees. Lately it seems I’ve taken on another role that no one else seems to want, a role that makes me slightly uncomfortable and doesn’t seem to win me friends. Yet, it’s one of those things that “someone has to do.”

I’m being a little overly dramatic here but twice recently I have had to spend some time at a shiva. And both times I had to take charge in the same way. In both situations, the mourner had very specific hours listed on her front door, on the websites that informed community, on every possible notification there was. This is when the shiva begins and this is when it ends. PLEASE respect these hours. And both times, some visitors didn’t.

I don’t know the why; I just know the what. In the first case, someone came in at the end of the shiva hours, sat down and proceeded to share “just one more story” about the deceased. In the latter case, a few people came exactly at the time shiva was supposed to be over. What made this even more egregious was that the mourner was herself battling an illness and was even more weary than usual. In the first case, the visitor refused to leave; in the second they didn’t seem to know how. But why did they come when the hours to pay a shiva call were over?

In both cases, I opened my big mouth to intercede. I made a big show of checking my watch and announcing the time and hoping that everyone would get the hint. Some did; our aforementioned storyteller did not. I stopped hinting and became more direct. I was ineffective and I may have inadvertently damaged a relationship. But I was trying to protect my friend who was grieving and overwhelmed.

And since the same thing has happened twice while I was there and within a relatively short time span, I can only assume that it’s a frequent occurrence. And so, I wonder, what goes on in the mind of someone who ignores the wishes of the mourner and visits anyway. I would like to judge them favorably, but I can’t help but think they’ve come when it’s convenient for them and not according to their friend’s wishes.

Visiting someone against their specific desires doesn't provide comfort; it causes mourners pain. It's a drain on their energy and resources. That is not a kindness.

I remember reading a story about the Bluzhover Rebbe, the hero of Yaffa Eliach’s Hasidic Tales of the Holocaust and a beautiful teacher of how to maintain faith and hope during those trying times. He survived the war and ended up in America. When he was ill and near the end of his life, someone expressed a desire to do the mitzvah of visiting the sick and come see him. He was outraged. “I am not the object for your mitzvah,” he proclaimed. It’s not that he didn’t want visitors, but he wanted them to come for him, with his needs in mind. Only then would it truly be a mitzvah.

We are a nation of givers and I know that everyone truly means well. But sometimes that’s not enough. Everyone wants to give, which is to our credit, but sometimes we can’t. Sometimes not visiting, sometimes staying away is a greater kindness. We may not feel as good about ourselves, but we need to focus on what’s best for our friend.

I don’t like being the gatekeeper. I don’t like pushing people out or discouraging people from speaking or making people feel badly. But we need to keep our focus on the needs of the mourner, or the person who is ill or the desires of any other potential recipient of our kindness and make sure that we are thinking of them and not ourselves.

I’m grateful I didn’t make any enemies this time, and I know the mourner was very happy to lock the door and go to sleep.

Yom Kippur: Our Second Chance
The Promise Of The Land
Which Chat Are You On?: Parshas Behar/Lag Ba’Omer
Do You Like Slow-Cooked Food? Thank the Jews
Comments
MOST POPULAR IN Mom with a View
Our privacy policy