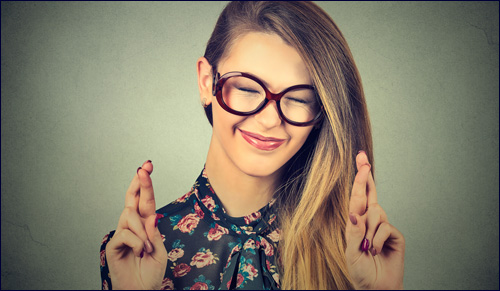 Everything comes to those who wait. It was a favorite maxim of my mother. And as I grew up, I saw it played out faithfully so many times that when the things I wanted didn’t come to me, I put it down to the fact that I simply hadn’t waited long enough. Since living with unfulfilled desires is part of the pain of human living, I assume that sometimes I must have forgotten what it was that I was waiting for because I don’t remember ever losing faith in my mother’s words.

The longer I thought, the angrier I became. I looked around the world and saw it wasn’t true.

For years my brother and I begged our parents for a dog. Everyone in Kenya had dogs and cats; some of my friends had horses. Eventually, when we had waited long enough, we became the proud owners of a cream-colored, long-haired, mongrel whose back legs, every few weeks, would seize up in what the vet diagnosed as an epileptic fit.

When I was about to turn 11, I asked my parents for a camera for my birthday. Just in case they wouldn’t come through, I invited Michal, the wealthiest kid on the block, to my party. I got a jewelry box from my parents and Michal didn’t turn up. It was a long wait, but 23 years later my mother gave me a camera. By then she wanted photos of the grandchildren.

When I was a little older, I asked for a judogi, a set of whites to wear to my judo class, and for a wetsuit when I started scuba diving. I didn’t get either but since I stopped both sports shortly after I started, I didn’t count those lacks as being contrary to my mother’s saying, Everything comes to those who wait.

Then I got older and started to think deeper about the maxim, and I was bothered. In fact, the longer I thought, the angrier I became. I looked around the world and I could see that it wasn’t true. All those starving children just across the border in Ethiopia and Sudan weren’t doing anything but waiting for a bowl of cornmeal and beans or a slice of bread…that never came. My mother’s adage wasn’t true. And my questions started.

In Israel I discovered a different maxim: Everything you need you have.

At the same time, I wrestled with integrating into my life some level of understanding of the real suffering that surrounds us. I learned that even though I could hurt over the pain, I could still believe that an Infinite God doesn’t make mistakes and that sometimes there are things that the human mind is simply incapable of comprehending.

Life rolled on and I got married. Having grown up in Kenya where you breathe in expanse with every breath, where seeing the line where the sky meets the earth isn’t something that happens when you’re on holiday at the beach, I would have wilted if I would have to live in an apartment without a garden. My husband and I signed up for a housing project outside Jerusalem (no one had heard of Beit Shemesh 25 years ago) and we chose a garden apartment, even though no one could tell us what the size of garden would be. Thanks to some miscalculation on the part of the planners, our apartment block was set too far back from the road, so every garden turned out bigger than the original plans. I didn’t need to wilt.

Over the years, our garden has come to mean to me much more than two rows of trees, a homemade aviary, a swing set and a patch of synthetic grass. It has become a loadstone of sorts…a green, throbbing- with-life symbol that I have everything I need. And that there is Someone who is taking care of me and making sure of this.

“How will I find the right boy to marry?” my eldest daughter asked. Although I wasn’t sure where to start searching, when I looked out at my garden, I knew that Whoever had made sure that I got my garden would make sure that my daughter got the husband she needed.

When my second daughter got married, our Fiat nine-seater van into which we had fitted the entire family for 15 years broke down. We were forced to say goodbye to the van and start anew with a sedan car. The adjustment was hard; no longer could we all travel together. Some of the children have to go ahead by bus. And since they’re old enough to do so, I realized that a sedan is exactly what we now need.

I won’t be waiting with bated breath for another van. I’ve moved on from Everything comes to those who wait, and living instead with the realization that Everything you need you have.

Born in Kenya, my childhood gave me a love of open vistas both in space and spirit. In 1990, I moved to Israel where I married and have merited raising a beautiful family. I divide my time between my family and writing. To date, my work has been published in Hamodia, The Jewish Press, Mishpacha and other Jewish publications.

During Her Pregnancy Crisis, Don’t Stand Idly By
Scientific Curiosity and the Divine Encounter
Mind Over Milkshakes
Love the Convert
Comments
MOST POPULAR IN Current Issues
Our privacy policy
Aish.com Is Looking for Great Writers