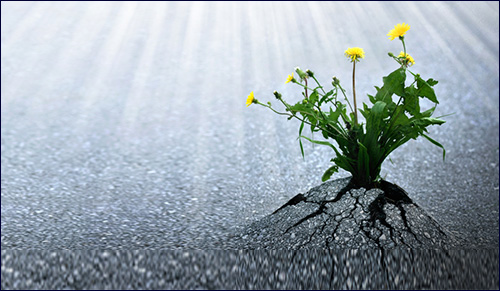 At the age of 1, I survived the selection in the Kovno Ghetto that wiped out a third of the population.

My story begins and ends with a prophecy uttered by my grandmother at the moment I was born. “This child,” she said, “because she was born on the first day of the Jewish New Year, will be lucky her entire life.”

Six months later the Nazis invaded Lithuania and the word “luck” disappeared for all of us Jewish people living in that country. 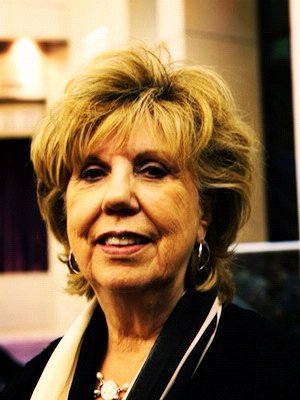 By the time I was 8 months old we wore a yellow Star of David and at 10 months we were prisoners in the hard labor/concentration camp known as the Kovno Ghetto. At the age of 1, I survived the selection in which one third of the population, mostly children and the elderly, were taken away and shot.

In the two years that followed, disease, famine, hard labor, lack of firewood and the constant terror of not knowing what was going to happen next decimated another third of the population. Then came the “Kinder Aktzie,” the raid where the SS went house by house, pulling out all children under the age of 12, and any adult deemed unfit for labor.

Because of my father’s boss, a Nazi with a conscience, we were forewarned, hurriedly built a hiding place and stayed hidden in the newly excavated bunker.

On the second day they came to our house. I remember my terror in the darkness of the hole, as my mother’s hand kept pressing against my mouth so that I wouldn’t cry and give us away. Luckily the Nazis and their dogs did not sniff out our hiding place, but from there on I had to remain inside the house, for there were no children visibly left in the ghetto.

With each passing day my parents, Riva and Solomon Baicovitz, grew more desperate and as the chance of their own survival became nil, they made a decision no parent should ever have to make: They gave me away.

On May 11, 1944, my parents told me they loved me, that if they could they would come back for me, but that I could never ask for them, for if I did, the bad guys would kill them and me. I was giving a sleeping potion and when it took effect I was put into a potato sack.

Outside, a cart awaited. My sack was loaded atop of the other sacks and then the cart travelled alongside the ghetto fence. At a pre-arranged time and place, I was thrown over the barbed wire. Two women who had been waiting ran to the fence pulled me out of the sack and placed me in a baby carriage. I remained asleep as they wheeled me away to what everyone hoped was a chance to live. I was 3½ years old.

My fate had been entrusted to someone my parents had never met. Miriam Shulman was Jewish herself, from a prestigious rabbinical family. She had gone undercover, placing her own and other people’s children with the few Lithuanians who were willing to take us in.

Within 8 weeks, the fewer than 6,000 remaining inmates of the ghetto were marched through the city to the train depot. There they were loaded onto the cattle cars and sent to concentration camps: the men to Dachau in Germany, the women to Stuthoff in Poland.

A few months later the Soviet Army liberated Kovno and we came out of hiding. But the ghetto had been liquidated, dynamited and burned to the ground and the people, including my parents, were gone and presumed dead. Luckily for me, instead of placing me in the orphanage, Miriam took me in and when she decided to leave Kovno, she took me with her and her own children. In January of 1945, we started our dangerous journey through the snow and devastation of Europe. We had no documents, food or money and the next 10 months were a nightmare. Somehow we made it to Romania and there, on the month of my fifth birthday, we boarded a ship to Israel.

Although I had never asked for my parents, I had never forgotten them. I cried all the way to Jerusalem as I faced the fact that I was an orphan and that same night I started calling Miriam “Ima,” Hebrew for mother.

Half a year later, when I had totally adapted to my new situation, Ima showed me a photograph that had come in the mail. “Do you know who these people are?”

My heart skipped a beat. “This was my Mamma, and this was my Papa.”

Miriam hugged me and, with tears in her eyes, she told me that my parents were alive and that my mother was coming to get me!

Both my parents had survived, by miracle and by a hair, the horrors of the camps and the Death Marches. My mother had been liberated by the Russian Army and by word of mouth she had found out that I had survived. Although her body was ravaged from malnutrition and frostbite, she escaped the camp in order to search for me all over Europe.

A month before my sixth birthday, I came running around the bend of our house in Jerusalem and ran smack into my mother’s arms.

Five months later, my papers allowing me to enter Cuba arrived and I had to say goodbye to Miriam and my foster siblings. On February 6th, 1947, we arrived in Havana and I was reunited with my dad.

My grandmother Minda did not make it. But her prophecy did, for here I am, so many years later, living proof that evil can be defeated by the actions, small and large, of a few good people.

This article originally appeared in the Charlotte Observer.

Voices from the Holocaust

Born in Auschwitz
The Promise Of The Land
Which Chat Are You On?: Parshas Behar/Lag Ba’Omer
Do You Like Slow-Cooked Food? Thank the Jews
Comments
MOST POPULAR IN People
Our privacy policy