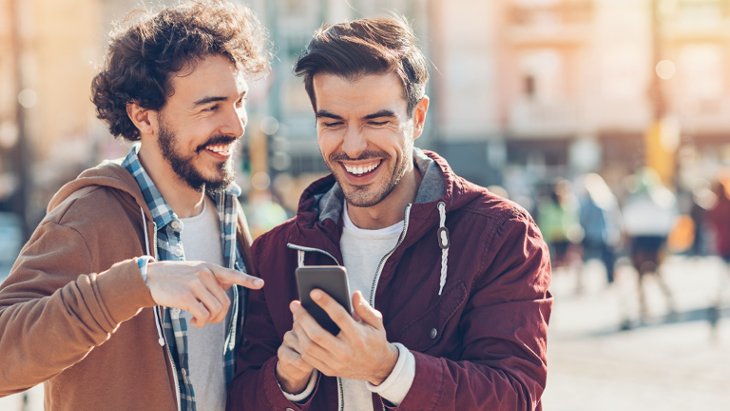 I regret listening to the negative things my friend said about a girl I'm dating because I think in the end she's right for me.

At 31, I've been on the dating scene for quite a few years and I've had my share of heartbreaks (including a couple of broken engagements) as well as my share of minor disappointments, such as a string of first dates that went nowhere. Recently, a friend offered to set me up with a woman named Rachel. He thought she would be perfect for me. He told me she was into jazz and silent movies, and that she was my type physically too. I'm a jazz aficionado, and I've seen almost every silent movie there is, so I couldn't believe Rachel even existed! I was thrilled. I called and left her a message, then went to run some errands. At the grocery store, I ran into a friend and told him about the set-up.

I instantly changed my mind about wanting to go out with her; I was so sick of dating disappointments and didn’t want to go through another one. When she called me back, I wouldn't set up a date. I said something like, "This week's tricky; let's try for next week." She called me a couple more times until I started to feel bad and made a date with her.

We actually wound up having a great conversation over dinner but I was pretty sure I didn't feel a spark. I didn't call her for a week until the friend who had set us up asked me about it. "She said you had a great time," he said. "Why haven't you called her?"

With no real enthusiasm, I called her for a second date, and again, I found myself reluctant to really engage emotionally, even though she was very attractive and our conversation flowed with no effort.

After that, I let the whole thing go.

A few weeks later, I ran into the Rachel at a party, and somehow, I saw something in her that I hadn't seen before. The friend who set us up had been right. She was great for me. Her smile lit up the room. Why had I blown her off? I couldn't even remember.

I spoke with her for a long time at the party and I called her the next day, but she wouldn't go out with me. I asked her to reconsider several times. She kept saying no even though I know that she really liked me; she told the person who introduced us as much. I know I hurt her feelings with my resistance when we first met.

I learned a lesson from this experience because deep down, I know my resistance came from the negative things my other friend said at the grocery store. I shouldn't have listened to him. I am filled with regret because I have a strong sense that Rachel was right for me.

Is there any chance I can get her back? If so, can you give me any advice on how to do that?

The Talmud teaches us that each instance of gossip harms three different people: the speaker, the listener, and the person being discussed. I can think of no better illustration of this wisdom than the story you told me! You were hurt by what your friend said, because it led you to close your heart to a woman you now regret rejecting. She in turn was hurt by that rejection. And finally, I would guess you can’t help feeling resentment toward the friend who tainted your precious first encounter with this woman.

The alchemy of two unique souls is a very deep mystery that often defies prediction. So “comparing notes” with friends is misguided and potentially destructive.

The best advice I can give you is a reinforcement of what you’ve already learned: in the course of your dating experience, don’t seek the opinions of your immature friends. The alchemy of two unique souls is a very deep mystery that often defies prediction or explanation. So “comparing notes” with friends about previous or future dates is ill-advised, misguided and potentially very destructive.

Even as a matchmaker who has made hundreds of marriages, I have learned that I can never know what will happen between the people I bring together. I have introduced couples who were a perfect match on paper, but when they actually went on a date, they didn’t click. In other cases, I arranged meetings with very little forethought or optimism, and the next thing I knew, I was opening their wedding invitation.

These experiences underscored my conviction that there is a Divine force at work and I am merely its conduit. I’ve learned it’s my job to make introductions with no expectations or judgments. Since no one can predict with certainty who will be right for whom, it follows that no one should ever foreclose or seek to compromise an opportunity for two unique souls to connect.

So now that you’ve learned this valuable lesson, what to do?

Don’t give up! Rachel liked you – she said as much to the friend who set the two of you up. I believe there is still a very realistic hope of salvaging your chances with her. How should you do this?

Be honest with her – but without perpetuating the vicious cycle of gossip that caused all the trouble in the first place. Don’t tell her that a friend said something disparaging about her. That is bound to cause her further hurt and may well deepen the damage to your relationship with your friend.

Instead, take full responsibility for your mistakes. Write Rachel a letter. It might go something like this:

I know you’re reluctant to go out with me again, and I don’t blame you. You responded to my initial call with an open heart, and I revealed myself as the confused, inconsistent and unreliable young man that I was at that time. The truth is that, when we first met, I was not in a good place emotionally. Previous disappointments had left me feeling jaded, bitter and not genuinely open to love. I thought I was ready to date again, but clearly I wasn’t at all. I wasted your time and, even worse, I was inexplicably withholding and hurtful with a lovely woman who deserved far better.

I am truly sorry, and ashamed of how I behaved. Worst of all, I can see clearly now that I squandered the precious opportunity to connect with you. If you can find it in your heart to give me one more chance, I will do everything in my power to make sure you never regret it.

For good measure, make a true effort to show her that you’re sincere. Since you both love jazz, go ahead and spring for tickets to a special concert you know she’ll love. Women want meaningful actions, not just words. Enclose them in the letter and say you hope she’ll allow you to bring her to the event.

Finally, just as you are now resolving not to listen to gossip in relation to potential matches, restrain yourself also from ever speaking ill of others in a similar manner. For instance, if a friend will soon be meeting a woman who has never aroused your own romantic interest, it doesn’t mean she isn’t right for him; it just means she wasn’t right for you. Don’t close any doors for others, just as you wouldn’t want others to close any doors for you.

I wish you swift and decisive success in winning Rachel back, and a beautiful future free of slander and full of love.

5 Tips to Help You Find Your Soul Mate

Dating the Second Time Around

4 Ways to Attract Your Soulmate
Don’t Believe in Other Gods Versus God is One
Seeing Without Eyes
Why Shouldn’t We Eat Whatever We Want?
Comments
MOST POPULAR IN Dating
Our privacy policy
Aish.com Is Looking for Great Writers