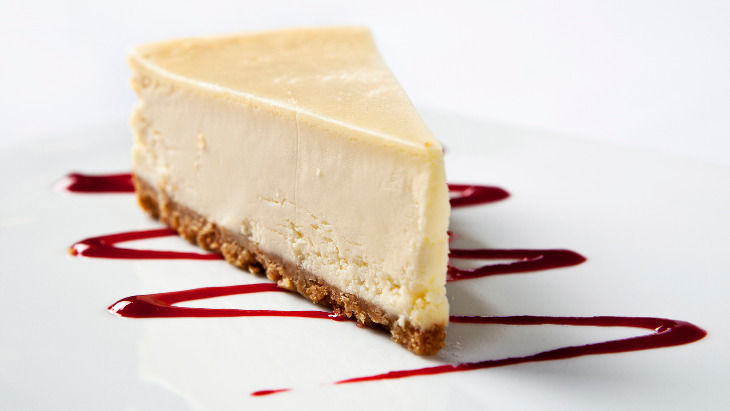 Surprising facts about this popular Jewish dish, as well as recipes from around the world, including Lindy's famous cheesecake.

Cheesecake has a long history, with origins in ancient times.Here are three little-known facts about cheesecake, as well as some ly Jewish cheesecake recipes.

The first cooks to bake cheesecake seem to have been the ancient Greeks, who considered cakes made with cheese to be a potent source of strength. Greek athletes were fed cheesecake to aid their performance, and cheesecake was served at the first Olympic Games in 776 BCE.Cheesecake also became the wedding cake of choice amongst ancient Greek couples tying the knot. Ancient molds for some of these early cheesecakes have been discovered on the Greek island of Samos, which claims ownership of the dish.

When the Romans conquered Greek territories, it seems they adopted the Greek love for cheesecake. Cato the Elder was a famous Roman statesman, soldier, historian and farmer who wrote a guide to running a farm in about 160 BCE. This work, Di Agricultura, contains no fewer than eight recipes for cheesecake!

Cato also provided a recipe for a modern seeming cheesecake called placinta, incorporating a crust with a soft, sweet cheese filling.The name placintahas been linked to stuffed pastries in other cuisines such as Armenian plagindi, Hungarian palacsintaand Austrian palatschinken.

Cookbook author Joan Nathan posits that cheesecake originated in the Middle East and was brought to Europe by Crusaders in the Middle Ages. Cheesecake “probably originated” in Middle Eastern kitchens as cooks “learned to place soured cream in a bag, hang it up, and allow it to drain. To the curd that formed, they added honey, lemon peel, and egg yolks, as well as some more soured cream they then baked the cakes, which were probably rather lumpy.” (Quoted in Joan Nathan’s Jewish Holiday Cookbook, Schocken Books: 2004).

Whatever the method of cheesecake’s spread, it’s clear that cakes and pies made with a sweet cheese filling were popular throughout Europe in the Middle Ages and that in some areas, cheesecake was considered a Jewish delicacy.

In Germany, cheesecake seems to have originated as a Jewish food.Food historian Gil Marks notes that a cheese-filled pastry called fludenwas popular with Jewish living in Germanic lands in the early Middle Ages.Fludenspread from Jewish chefs to non-Jewish bakers throughout Germany and then to Eastern Europe. 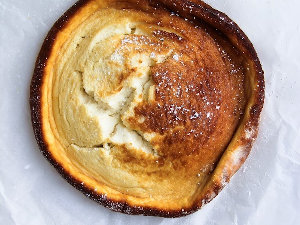 Italian Jews also had their own version of cheesecake: casciola, from the Italian word for cheese. Made of soft ricotta cheese mixed with eggs, sugar and flavorings then baked, casciolaseems closely related to ancient Roman cheeses. Italian Jewish food writer Alessandra Rovati notes that casciolabecame popular with non-Jewish Italians in the 1600s.While this luscious cheesecake is a popular dish for Italian Jews living in Rome to serve on the Jewish holiday of Shavuot, non-Jewish Italians consider it an unofficial national holiday dish and like to serve it at Christmas.

Cheesecakes were popular in England, where they were often flavored with alcohol and herbs. These versions spread to Colonial America – but it was German Jewish immigrants who popularized the sweet type of cheesecake that is popular in the United States today.

In 1923, Fannie Ferberg Fox published a popular cookbook. A Jewish writer living in Boston, Fannie was the elder sister of Edna Ferber, the famous author who wrote Showboat. Fannie Fox’s Cook Bookcontained many German-Jewish recipes from the family’s past, and introduced the concept of making cheesecake using cottage cheese to American kitchen. Edna wrote an introduction to the cookbook and noted “Some of the recipe herein are called from the finest of the Jewish cookery, which for delicacy and flavor, cannot be excelled. The crumbling and toothsome torte made from the humble cottage cheese...is one of these.” 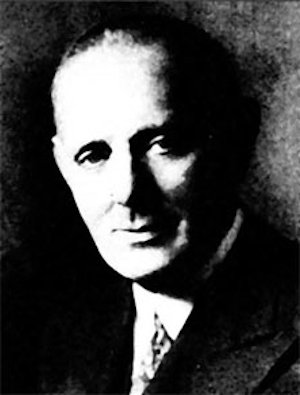 Soon, another Jewish chef in America would transform cheesecake into a distinctly American dish. Arnold Reuben was a German Jew who moved to New York and opened the famous Reuben’s Restaurant there in 1908. He’s credited with inventing the Reuben Sandwich, as well as other iconic dishes – including American cheesecake, made with cream cheese instead of cottage cheese, ricotta or yogurt.

“We were the first ones to have the original cream cheesecake at Reuben’s Restaurant,” his son, Arnold Reuben, Jr., reminisced. “We made it with Breakstone’s cream cheese with whole eggs and cream. Everybody else was making cheesecake with cottage cheese in those days. In 1929 we won the Gold Medal in the World’s Fair for our cake.” (Quoted in Jewish Cooking in Americaby Joan Nathan, Alfred A. Knopf, Inc.: 1994).

Reuben accused Leo Linderman, another German-born Jewish restaurateur, of copying his cream-cheese based recipe and making it his own. Lindeman owned Lindy’s, a storied Jewish delicatessen on Broadway in New York which marketed its cheesecake – made with only Philadelphia brand cream cheese – as its iconic dish. Sometimes topped with strawberry, Lindy’s cheesecake became the gold-standard of “New York Style” cheesecakes, and was synonymous with Jewish cooking.

New York style Jewish cheesecake went national in the 1950s, when Charles W. Lubin, a Jewish baker in Chicago, left his job to start his own baking company; he named it after his daughter, Sara Lee. The very first item Sara Lee produced was New York Jewish-style cheesecake, thick and rich, and made with cream cheese instead of older cheesecake recipes. Originally sold fresh to local grocery stores, in 1954 Lubin joined the new wave of frozen food producers in the United States, and started selling frozen cheesecakes across the country, bringing Jewish-style pastries to towns and villages across the nation.

Here are some delectable Jewish cheesecake recipes from around the world. 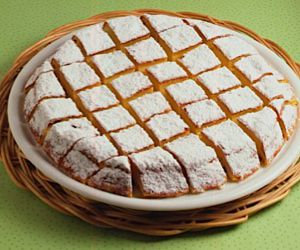 Jews in Rome have been known for baking the mouthwatering cheesecake called Cassolaever since the Middle Ages.

You can also cook it in a greed non-stick or cast iron pan like a frittata, on the stovetop, flipping it once (this was probably the original version), or cook the bottom on the stovetop and the top in the oven under the broiler. 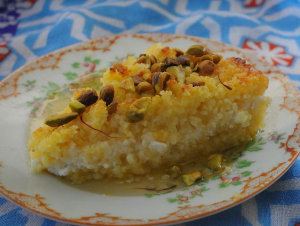 In Israel and throughout the Middle East, Kodafais a popular creamy, rich, and very sweet cheesecake. This version adapts this complicated dish to make it suitable for home cooks. 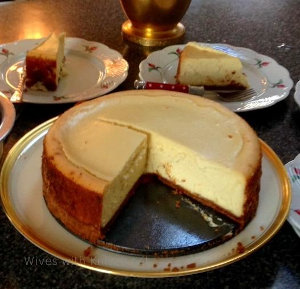 In 1977, the food writer Craig Claiborne lamented in The New York Timesthat the recipe for Lindy’s famous cheesecake had “disappeared off the face of the earth”. However, in recent years some modern cookbook writers have tracked down the original Lindy’s recipe, with help from Leo Linderman’s descendants. Here’s the original version that helped make New York Cheesecake an American icon in the 1930s.

(From Jewish Cooking in Americaby Joan Nathan, Alfred A. Knopf: 1998.)

Beyond Cheesecake: Dairy Desserts for Shavuot
It Takes A Lot Of Faith To Be An Atheist
How Instagram Brought Back This Nostalgic Soup
What Makes Eli Run?
Comments