Can Science Prove There’s No Free Will? Can Anything? 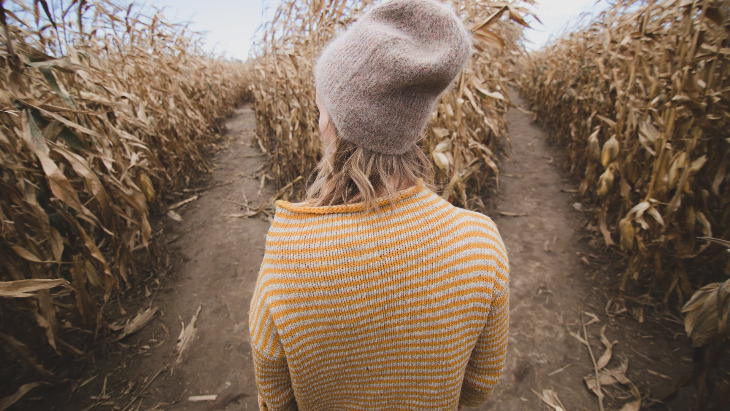 How sure are you that you have free will? How would you go about proving it?

Most people who talk about free will seem to assume that everyone knows what the words ‘free will’ mean. But what do they mean? The only time we use these words in everyday conversation is when we say things like, “You can’t complain. You signed the contract of your own free will” and “Many people will never be vaccinated of their own free will.” That is, doing something “of your own free will” means that no one forced you to do it or threatened you with unpleasant consequences if you didn’t do it.

That is, doing something “of your own free will” means that no one forced you to do it or threatened you with unpleasant consequences if you didn’t do it.

But the phrase ‘free will’ has another meaning, a meaning it doesn’t have in everyday conversation. And most people seem to understand ‘free will’ when it’s used with this meaning. Most people would say that they understood the following words, which were written by Paul-Henri Thiry, Baron d’Holbach, an 18th-century French philosopher)

A man’s life is a line that nature commands him to describe upon the surface of the earth, and he is never able to swerve from it, even for an instant. . . . he is constantly being modified by causes, whether visible or hidden, over which he has no control . . . Nevertheless, in despite of the chains by which he is bound, it is pretended he is an agent with free will.

It’s evident that Holbach is not saying that it’s only under pressure that people ever sign contracts or allow themselves to be vaccinated. That is, he’s not denying that we do things “of our own free will.” And yet most people would understand this passage. That sense seems to have something to do with the way our decisions are caused, so let’s examine a decision.

In the writings of the mid-20th-century existentialist philosopher Jean-Paul Sartre there is a famous example of a young man in Nazi-occupied France who is torn between remaining at home and caring for his aged mother and leaving home to join the Resistance.

Suppose we are there, observing him as he desperately tries to decide which course of action he will pursue. If Holbach is right, then we should conclude that the following statement is true: Either he will stay and care for his mother and he is unable to join the Resistance or he will leave and join the Resistance and he is unable to stay and care for his mother.

This suggests the following definition of not having free will: A person lacks free if and only if:

And this implies a definition of free will: A person has free will if and only if:

The belief of Holbach and his fellow pre-twentieth-century materialists that free will in this sense was ruled out by physics rested on two assumptions.

They assumed, first, that that physics had demonstrated the truth of determinism—the doctrine that the past and the laws of nature determine the future (and determine it even in the smallest detail).

The belief of Holbach and his fellow pre-twentieth-century materialists that free will in this sense was ruled out by physics rested on two assumptions.

Early in the nineteenth century, the great mathematician Pierre-Simon Laplace gave this statement of determinism:

We ought then to regard the present state of the universe as the effect of its anterior state and as the cause of the one which is to follow. Given for one instant an intelligence which could comprehend all the forces by which nature is animated and the respective situation of the beings who compose it—an intelligence sufficiently vast to submit these data to analysis—it would embrace in the same formula the movements of the greatest bodies of the universe and those of the lightest atom; for it, nothing would be uncertain and the future, as the past, would be present to its eyes.

The physics known to Holbach and Laplace was indeed deterministic (a few very minor and highly technical points aside). The situation is different in today’s physics. 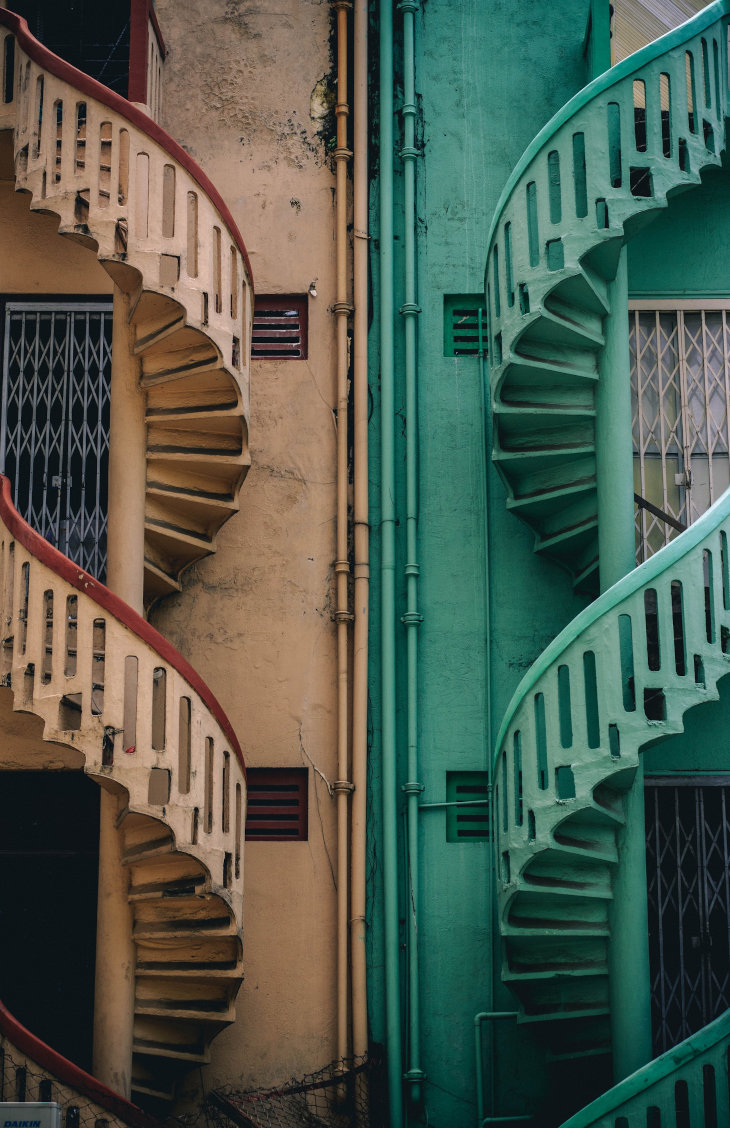 Photo by Greg Jeanneau 🗾 on Unsplash

That would be a hasty conclusion. We have considered an argument that is supposed to show that human beings lack free will:

But even if the premise of this argument—that physics testifies to the truth of determinism—is false, all that its falsity shows is that one argument against free will has a false premise. Maybe there are other arguments against free will—ones that don’t depend on determinism.

Some are based on experimental evidence about human beings, such as the controversial experiments conducted by the neuroscientist Benjamin Libet in the 1980s. Others depend the idea of near-determinism: “All right,” the proponents of these arguments say, “maybe determinism is strictly speaking false. But there are things like computers whose behavior is so close to being deterministic that one could say that they were ‘deterministic for all practical purposes.’ Quantum mechanics doesn’t imply that we human beings aren’t as nearly deterministic as computers. And if determinism is incompatible with free will, doesn’t it seem likely that “near determinism” is, too?”

But the most troubling argument of this kind is an argument that is supposed to show that indeterminism is incompatible with free will. The idea behind this argument is that an act that is undetermined is an act that is due to chance.

For example, suppose that Sally has to choose between telling the truth and lying, and that she tells the truth, and that her decision was completely undetermined. Suppose that, simultaneously with her decision, fifty atom-for-atom absolutely perfect duplicates of Sally in duplicate immediate environments are making the same decision. (Since they are duplicates of Sally, their decisions are undetermined, too.) If you arranged these fifty women in a line, you’d see something like this (‘L’ stand stands for ‘woman who lies’ and ‘T’ for ‘woman who tells the truth’):

Since the decision of each woman in the line was undetermined, there’s no explanation of why her decision went one way and not the other. And what could be further from your having free will than your decisions being random events? If your decisions are indeterministic (the argument suggests) they might as well be the outcome of a little man in your brain tossing a coin!

But let’s focus our thoughts on a smaller, more easily visualizable, case than those great, world-historical tragedies.

You and your family plan to be out of town for a few weeks, and your friend Frank promises to feed Fluffy the family cat while you’re away. You return and find that he never fed Fluffy and she has died of starvation. You say to him, “Poor Fluffy is dead, and my children are crying themselves to sleep and little Sally is the one who found her dead and she’s going to need therapy and it’s all your fault!” Frank says that none of those things is his fault, because he was unable to feed Fluffy, owing to the fact that the day we left he was diagnosed with Yellow Fever and confined to his house by the state quarantine authority. “All right,” you say, “but you could have arranged to have someone else feed her.” No, he replies, his phone was the only means of contact with the outside world, and the phone company cut off his service because of a mistake in their billing office. (And so on, and so on. You continue the story.)

The bottom line is: if there is no free will, if no one is ever able to do anything but what he or she does do, nothing is anyone’s fault.

To me, the statement

is so obviously false that I can only conclude that we do have free will—and that there is therefore something wrong with either the Consequence Argument or the “fifty perfect duplicates” argument. My own view is that the Consequence Argument is valid and sound and that there’s some flaw in the “duplicates” argument. But I confess I do not know what that flaw is.

Editor's Note: The notion that free will is tough to prove is not something most theologically minded people (like myself) would prefer to hear. Nonetheless, we have posted Dr. van Inwagen’s essay in the spirit of free inquiry and to celebrate the investigation of truth.

Judaic tradition insists that humanity was gifted free will, that it is the hub around which all morality turns and that it is the capacity that most makes humanity Godly.

Free will is obviously an extremely complex and controversial subject, and rightly so, given the stakes outlined by Dr. van Inwagen. One can easily respect his struggle with the subject and his honesty in professing his personal belief in free will concurrently with his current inability to prove it philosophically. He rightly notes that the physics that seemed so settled and obvious in the 18th Century was radically overturned in the 20th in a way that directly impacted the free will debate. It seems likely that more scientific revolutions will take place in the future and that these too may spark new explorations of free will.

One additional observation is that though there may be people who claim to disbelieve free will, very few actually conduct their lives as if it wasn't real (not that they could help it). My subjective feeling is that in their heart of hearts, most people don't really think themselves incapable of making choices or that this deep-seated human faculty is simply an illusion.

Image credit by Burst on Unsplash

What if Reality ISN'T Real?

Most Philosophy is Just Noise
Were Adam and Eve Jewish?
How I Learned to Love the Multiverse
10 Big Jewish Inventions
Comments
MOST POPULAR IN Philosophy