Like Anna Breslaw, I too grew up with Holocaust survivors, and went through the “de rigueur exposure to the horror.” I too visited “geriatric men and women with numbers tattooed on their arms,” endlessly, sitting sullenly in boredom. I too “completing assigned reading like The Diary of Anne Frank and Night,” and had nightmares for weeks. The Holocaust was practically a member of my family.

I grew up knowing without a shadow of a doubt that had I been born in 1936 instead of 1986, I would have ended my life as an eight year old mottled blue corpse in Auschwitz, like my seven year old cousin Judith. When I was too lazy to complete a seven-mile hike, my mother informed me I would have never survived a death march. 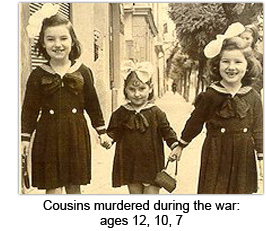 The only difference between Anna and me is that I am deeply grateful for my upbringing. I grew up exposed to people who were strong in the face of adversity. No, Holocaust survivors aren’t heroes for enduring pain and suffering. My survivor grandfather will readily tell anyone who will listen that he is not holy for surviving; it was those who died were truly holy. All he did was survive, and that is why he is my hero.

They survived and rebuilt after devastation.

That is why I “clapped for the old Hungarian lady who spoke about Dachau,” because she and her fellow survivors rebuilt after devastation. These young men and women were orphaned, cruelly tortured beyond measure and stripped of their humanity. They built the nation of Israel, and they built communities in America. They built homes, they built families and they raised up the next generation to be strong, proud citizens of their country. They worked menial jobs, saved each and every penny so that their children could grow up and live the dream of a house in the suburbs, and grandchildren who are privileged to be living out their dreams.

No, the survivors were not always heroes but few people have that privilege in a literal man made hell. I know what my grandparents did to survive and not all stories are pleasant, but I would never presume to judge them.

It is only someone who never knew extreme hunger, homelessness, degradation and terror who would dare ask, “What did you do that you’re not talking about?” with a holier-than-thou air.

Here is the answer, plain and simple. They did what they had to survive. And anyone would have done the same in the circumstance. I pray to God I never know the limits of what I would do to defend my own life. I hope Anna never has to make a choice like that. It’s the perch of the privilege to look down on the less fortunate as "conniving, indestructible, taking and taking." 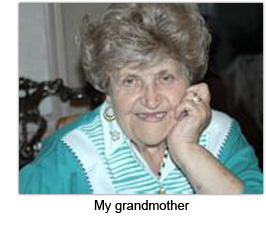 Dehumanization has a nasty habit of warping a person. My grandmother used to force me to help her smuggle out food from buffet tables, she constantly seemed to be seeing how much more she could get. And I smiled through my humiliation at her behavior and remembered I was never 15 and hungry and having the last morsel of bread stolen from my hand. Compassion is a great gift.

I do not judge others for their mental quirks as they dealt with terrible emotional and psychological damage. Anyone would break under those circumstances.

I recall one survivor weeping as she told me she pretended not to know her own younger sisters to make sure she did not join them on the line to the gas chambers.

Is this woman a villain? No, she is human and she mourns her choice each day. We are fortunate to live in a time where these choices are no longer forced on us. In Jewish history, this period of freedom is a rare and precious anomaly.

Yes, the Holocaust is frightening. We all wonder how we would have survived, what could have been done to us, before going back to our comfortable cushy lives. Casting Holocaust survivors as nervy, pushy villains is a moral perversion. It denigrates and blames the victims and displays an unfathomable disconnection to reality. It’s also a rather convenient way of avoiding looking in the mirror and wondering how well they would have fared.

For me, the Holocaust survivors in my life are the marrow in my bones, the steel in my spine and the humility in my heart. They remind me that evil still exists and they challenge me to fight it, they endowed me with the spiritual wish to live, to love life and its beauty.

To my late grandmother, I am sorry I was not as patient to you in life as you deserved. I hope in the next world, you can know that I miss you every single day.

To the survivors in my life who taught me, shared with me their stories and loved me, thank you.

Thank you for the gift of an extreme will to live. It has made me strong and proud and grateful.

I only hope I can live up to it.

Elke Weiss is a pro-Israel advocate, prolific blogger, and hails from New York where she’s currently working on her Masters of Science in Urban Affairs and Juris Doctor (2012). She is active in numerous causes to get Israel’s voice heard. Elke serves as Vice President and Board Member of the Federalist Society, and is a contributing blogger for the Jewish Press and Act For Israel. She is the recipient of the Hagshama Fellowship on Zionism from the Israeli Minister For Diaspora Affairs as well as the David Project Fellowship in Middle Eastern Studies.

A Nation United in Grief

How Covid-19 Brought Me and My Hasidic Neighbors Together

The Rabbi and the Professor

Another Holocaust Museum?
Korach 5782: Visit to Lift the Spirit
That Time The Ivy League Found A Way To Limit Jewish Enrollment
Would You Rather Be Right or Happy?
Comments
MOST POPULAR IN Israel
Our privacy policy