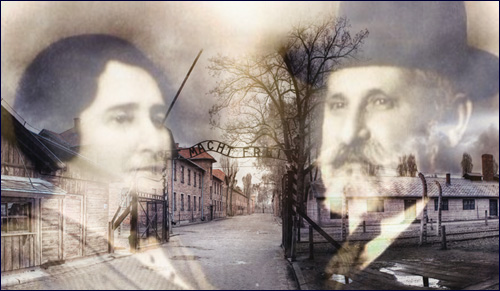 My great-grandparents were murdered by the Nazis, but they are a powerful living presence in my life.

Every morning, when I raise my right hand to cover my eyes in order to say the Shema, the fundamental Jewish prayer expressing belief in the unity of God, I find myself standing at the gates of Auschwitz. For it was there that my great-grandparents, Moshe and Tzirel Herman, and Yekusiel and Rivka Plattner, were murdered, leaving behind no graves at which to pray and meditate, merely a few nameless fragments of bone and ash that have long since been swallowed by the earth of that cursed, hallowed place. 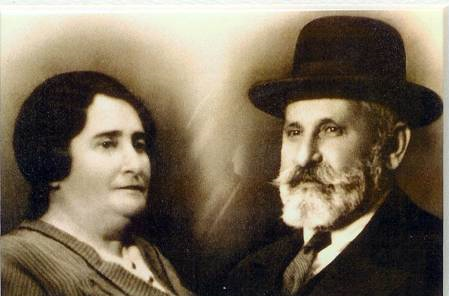 Jews the world over will soon observe the fast of Tisha B'Av, the ninth day of the Jewish month of Av, which commemorates the destruction of the Temple in Jerusalem in the year 70 C.E. The date is baked into Jewish consciousness as a slice of time fraught with peril, redolent with the scent of tragedy. On Tisha B'Av of 1290, the Jews were expelled from England, while that date in 1492 was the day on which King Ferdinand and Queen Isabella of Spain expelled the Jewish population of the Iberian Peninsula, a vicious escalation of the Spanish Inquisition. Tisha B'Av entered modern history when it coincided with August 1, 1914, marking Germany's opening salvo in the conflagration that was to metastasize into the Great War, and set the template for the unfathomable genocide and carnage of the subsequent war.

And on July 23, 1942, Tisha B'Av of that year, Heinrich Himmler received formal Nazi approval to implement the Final Solution. 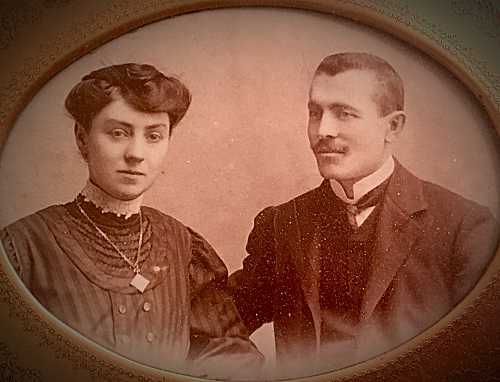 The Shema - “Hear oh Israel, the Lord is our God, the Lord is One"- lies at the irreducible core of Jewish belief, of the Jewish soul. It is the credo for which Jews have given their lives over the centuries. For hundreds of years, when faced with the ultimatum – “Jew, convert or die!” – delivered at sword-point by marauding Crusader, fearsome Cossack, or inflamed European peasant, the vast majority of my people have covered their eyes, invoked the Shema, and chosen martyrdom.

My great-grandparents were not given any such choice. The blood-obsessed Nazis famously hunted down those whose family trees claimed only the most remote Jewish ancestry many generations earlier; religious belief was a matter of indifference to them.

When I cover my eyes, I can see the train tracks curving toward the mouth of hell. I am with my great-grandparents, with their daughter whose name I bear, with her husband and three children whose names only God remembers. I pass with them under the obscene, leering words – Arbeit macht frei – of the arched entryway. And I am in the crematorium, mouthing the holy words along with them – Shema Yisrael, Hashem Elokeinu, Hashem Echad – as their souls leave their bodies.

In conversation with my grandmother several years ago, I said in passing, “I speak to my mother every day.” Her reply was immediate, shocking in its intensity. “So do I.” The pain of that cruel amputation never abated. She keenly felt the loss of her mother until the day she died.

In recent years, I, too, have begun speaking to her mother, her father, and to my grandfather's parents. I have no need to introduce myself, for beneath the rents and wrinkles of the garment of generations, I am bone of their bone, flesh of their flesh. I tell them that they would be comfortable in my home, that the holy objects and familiar books that played such a prominent role in their lives are at the center of my life as well. I tell them that the Judaism they lived so richly, the passion with which they invested its teaching to their children, has not been lost in the wrenching upheaval that accompanied their family's transition from the old world to the new. We – the generations they never lived to see – study the same Torah, keep the same commandments, observe the same Sabbath, walk by the light of the fires that they lit.

Every night, I sit at my youngest daughter's bedside and watch as she covers her eyes and whispers the Shema. In the silence, I hear the echo of voices deep into the past– and far into the future.

Suri Cohen is a writer for the Brooklyn-based Orthodox daily Hamodia, and for Binah, its weekly women's magazine. (She was a winner of the 33rd Annual Simon Rockower Awards for excellence in Jewish journalism.

Ghetto Baby: Child Survivor of the Holocaust
Faith: the Axis Upon Which the Wheel of Science Turns
Love - Not Just About Chemicals Anymore!
Is There a Moral Code in a Virtual World?
Comments
MOST POPULAR IN Israel
Our privacy policy