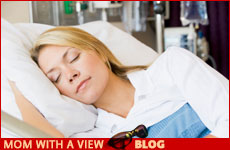 Sometimes our advice is not only wrong, it’s hurtful.

In Letty Cottin Pogrebin’s new book, “How to be a Friend to a Friend Who’s Sick,” she says something very wise and very important. And she’s very blunt. It’s something that can actually be extrapolated to many of life’s challenges.

Under the heading, Ten Commandments for Conversing with a Sick Friend, she advises:

10. Don’t pressure them to “keep up the fight” or practice “positive thinking.” It’s cruel to imply that negative thoughts – that is, feeling discouraged, not battling hard enough, not having the “right attitude” – caused their illness in the first place or may have compounded their suffering. If your friend keeps getting sicker, the last thing they need is to blame themselves…Don’t say, “You’re gonna beat it!” when you know they probably won’t. Positive thinking can’t cure Huntington’s disease, ALS, or inoperable brain cancer. Telling a terminal patient to “Keep up the fight!” isn’t just futile; it’s mean. Don’t make a dying patient feel guilty for having lost the fight. Don’t make death into a personal failure.

As the author states so powerfully, it’s cruel to suggest in any way, that the sufferer is to blame for his pain or has the power to alleviate his situation if only he would apply himself.

This is a variation on the new age theme of sending positive thoughts out into the universe whenever there is something you wish to acquire or accomplish.

Now I don’t mean to be a curmudgeon. It’s good to send out positive thoughts, certainly better than sending out negative ones. It’s just not a guarantee of any return. The world doesn’t work that way. The Almighty is not a Coke machine. If it were so simple to control the future, wouldn’t more of us being doing it? Wouldn’t those store-front psychics purchase much grander facilities with all their lottery wins and successful stock market picks?

The type of attitude that Ms. Pogrebin objects to only serves to hit a man when he is already down. Contrary to the speaker’s belief, rather than empowering the listener, it actually heightens their sense of powerlessness. And it’s childish, magical thinking to believe that we – and our thoughts – have so much power and control.

People who are ill or struggling want – and need – support. What they don’t want (or need!) are suggestions that they aren’t doing enough, that they would succeed if they would only try a little harder. It diminishes them, their efforts and their situation.

I had a friend who was struggling with infertility. A mutual acquaintance told her the story of another family dealing with the same issue. Instead of focusing on themselves, this other family prayed for at third friend who was also barren. And, lo and behold, the friend conceived. “See,” said the acquaintance. “Just pray for someone else to have children and your problem will be solved.”

If only it was so simple to solve the painful issue of infertility.

But, like Letty Pogrebin writes, it’s not just that the advice is wrong, it’s hurtful. It suggests that the issue is somehow my friend’s fault and that if she really wanted it to change, it would; that there is a tried and true panacea for everything that ails us.

This is not how the Almighty operates in the world. We aren’t privy to the myriad decisions that affect His supervision and His plan. We just know that there are a lot of them, that A plus B does not always equal C. We know that prayer is never wasted but we don’t know its exact impact. Likewise with all of our actions.

I hope that many people read this book. It’s full of interesting and important advice about visiting the sick and doing it in a way that is sensitive to the needs of patient as opposed to the self-righteous or insensitive goals of the visitor. But, in my mind, the most important service the author performs is to debunk and the destructive canard that a positive attitude towards illness or any other challenge guarantees success.

One Drink Too Many: My Journey to Letting Go of Alcohol, Finding Freedom and Choosing Happiness
Take Two: Why Pesach Sheini is Significant to Our Family
Why Really Everyone Believes in Free Will
Who was Two-Gun Cohen?
Should Jews Support Ukraine?
The Jews of Cuba
Comments
MOST POPULAR IN Mom with a View
Our privacy policy