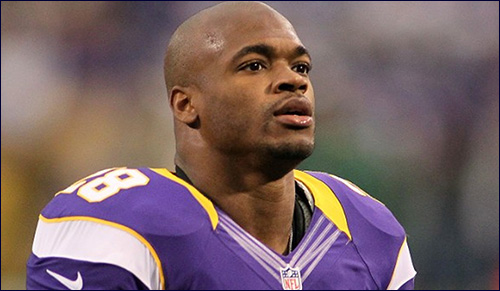 When N.F.L. player Adrian Peterson was indicted by a Texas grand jury for reckless or negligent injury to a child, parents were forced to confront their own discipline methods. The Minnesota Viking’s star used a “switch,” a narrow, leafless tree branch to beat his 4-year-old son after he misbehaved. The boy had red welts on his legs and buttocks.

The question that countless mothers, fathers, educators and talk show hosts are asking is: Is this considered child abuse or is it a private matter between parent and child when discipline is required?

I have heard the discussion go back and forth. Many parents have recounted their own experiences with having been smacked, potched, slapped, even belted when they were kids. Some insist it’s the only way to get your point across, especially when your child crosses the line. Playing with matches, running into the street, defiant chutzpah and disregard for rules requires a real smack on the backside. Others are emphatic in their response. They speak about emotional scars left long past the sting of the slap or the red welts disappeared.

What does Adrian Peterson have to say?

“I never imagined being in a position where the world is judging my parenting skills or calling me a child abuser because of the discipline I administered to my son... I never ever intended to harm my son. I have to live with the fact that when I disciplined the way I was disciplined as a child, I caused an injury that I never intended or thought would happen. I know that many people disagree with the way I disciplined my child…I am not a perfect son. I am not a perfect husband. I am not a perfect parent, but I am without a doubt, not a child abuser. I am someone that disciplined his child and did not intend to cause him any injury. No one can understand the hurt that I feel for my son and for the harm I caused him. My goal has always been to teach my son right from wrong and that’s what I tried to do that day.”

Peterson believed that physical punishment is the correct way to keep one’s kids in line based upon his own upbringing. He sincerely assumed that beating a child was not only an appropriate response but even the best method of keeping children off the street and out of trouble. He explains that he attributes most of his success in life to the physical way his parents disciplined him.

70%of Americans believe in corporal punishment. I believe they are mistaken.

The controversy is not limited to Peterson’s culture. Many parents today hold onto that same conviction. A mother who attended my parenting classes told me that when she got home and tried to implement the discipline techniques we studied, her husband began to ridicule her. He told her that his parents and her parents never had to come to a class to hear about parenting methods. “All you need to do is give the kids a potch just like our parents did. We turned out just fine. Sometimes they need a good slap to learn their lesson and believe me they will start listening”.

70%of Americans believe in corporal punishment. Parents, who like Peterson were physically disciplined as a child, are fond of quoting “Spare the rod spoil the child,” based on the verse in Proverbs, “He who spares the rod hates his son.” What is the Torah view? Rabbi Shlomo Wolbe a leading Torah authority and parenting educator explained: “We must remember that there are two sorts of rods -- violent ones and pleasant ones. Why read the verse as a requirement to beat the child, when there are other ways --better ways -- to encourage and guide a child’s growth?”

The shepherd’s rod was used to lead and guide, not to beat. We can inspire our children through the positive force of growth and encouragement rather than the negative force of our fists.

Rabbi Wolbe added: “In previous generations, the situation was different. Children were more tolerant and could more easily accept spanking. Today, however, our children’s whole environment is suffused with rebellion.”

It does not take much to push a child away and find that he has grown totally disconnected from his family. Seeking refuge, children become easily immersed in the world of iPhones and internet. Parents helplessly try to pull their kids back after having been exposed to negative values that run counter to all that they’ve struggled to teach them. Rabbi Wolbe considered hitting a child as if a parent has put a stumbling block in front of that child, driving him to rebel.

Unaware of these teachings, hitting now becomes a way of life.

Frustration can also lead to striking and potching. Mothers and fathers who fear that their kids are making bad choices and are in danger of becoming rebellious hit their children. Some parents are just overstressed. They snap under the strain of life. Noise, mess, bills, job tensions and fights with a spouse feel like a pressure cooker filled with worries. Unable to handle it all, they find that physical punishment becomes the go-to parenting technique when things feel out of control. Never having been taught alternative discipline methods, these parents continue the legacy of pain. Is this the birthright we wish to transmit to our children?

We cannot ignore the anguish that these children endure. Studies say that children who are beaten feel sadness and low self-esteem. They have difficulty sleeping, periods of anxiety, aggressive outbursts, high risk behavior, diminished concentration, discord with peers, and great dislike for authority. Wounded children, whether hurt emotionally or physically, carry battle scars for life.

I’ve never met a child or adult who told me that they felt greater love for their parent after being slapped.

If you insist that a whole generation was raised with being hit when disciplined, I will respond that I have never in my life met a child or adult who told me that they felt greater love for their parent after being slapped. Even if you are trying to make a strong point about safety or rules that have been transgressed, know that there are better alternatives to hitting. Hurt by a parent’s hand, the trust that this child had for his mother or father becomes seriously diminished. Maybe the child will grow compliant but inside an angry storm is brewing. Rage is simmering.

This pain breeds hatred, or a barrier of stone is placed upon the heart, preventing a relationship to flourish. Often the child anticipates the moment when he, too, can strike someone who is smaller or weaker than him. Sadly, those who were beaten as children usually end up beating others. (And let us remember that verbal abuse and humiliation leave painful blisters on the soul as well.) Tragically, the cycle continues.

We must ask ourselves what the point is when we give physical punishments. If it is to better our child and teach him well we have failed miserably. Striking another human being is wrong. Striking a child is inexcusable. Usually no one is watching or brave enough to take a stand. You must answer, though, to yourself.

While changing ones ways is difficult, it is not impossible. And when we realize that we may be salvaging the relationship we have with our child and preventing years of painful regret, how can we not try? We cannot alter our yesterday but we can create a better tomorrow. Transformation begins with the desire to change and the recognition that hitting, striking, potching and slapping kids is not part of our family legacy from this day forward. This doesn’t mean that we become overly permissive and look away at bad behavior. It does mean that taking parenting classes, learning how to discipline effectively and having a good role model and teacher (Rabbi, Rebbetzen, and educator) to speak with is crucial. Knowledge is power. It also means that we are now taking responsibility for our behavior. And if help is needed, we will find the courage to take the first step.

We have the ability to choose how to react to our children’s misbehavior. As Yom Kippur approaches, let us resolve that we want to teach our children by example how to live with dignity and respect for others, and that we build rather than destroy. In a world filled with so much family brokenness it is up to us to provide a sense of loving wholeness. Not through striking our children and pushing them away. Rather through thoughtful and firm discipline that creates a home filled with a sense of security and peace.

The Dog Ate It

Letting Go
The Blue Beyond
Great Place to Live
Is Eating Supposed To Be Spiritual?
Comments
MOST POPULAR IN Family
Our privacy policy