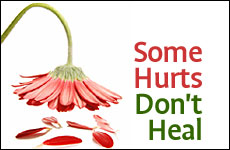 “The pain of infertility never goes away,” my father once told me, “even after you have children.”

He should know. For seven years, he and my mother struggled to conceive, employing every measure available to them in the late seventies and early eighties. In those days, their options were relatively limited -- in-vitro was only in the experimental stages then, and none of them worked. They were heartbroken the day their doctor told them they would never have children.

And then, inexplicably, they did. And not just one. Defying their doctor’s gloomy prognosis, my parents were blessed with four healthy children in four and a half years. We grew up knowing we were our parents’ “miracle babies,” precious treasures they never thought they’d have. The story of my own birth was particularly triumphant; as the oldest, my arrival marked their official transition from childlessness to parenthood. Their delight grew with the birth of my two brothers and even a surprise “gift,” my sister.

Underneath I felt guilty, as if my very existence was a cruel reminder of what they didn’t have.

And yet, the stories they told about their infertile years were always tinged with sadness. The pain, it seemed, had not faded with time. As an adult, whenever I met anyone experiencing fertility problems, I felt a deep compassion for them. I offered my parents’ success story as a lifeline, wanting to keep their hope alive. But underneath I also felt guilty, as if my very existence was a cruel reminder of what they didn’t have. I never knew just how complicated these emotions could become until I met Hannah.

We met through mutual friends and felt an immediate kinship. Being a few years older than me, I regarded her as something like a big sister I’d never had. We spent hours talking about everything, especially about the beauty and the challenges of living as a Jewish woman. She had made the decision to take on Jewish observance a few years before and had incredible insight that I, 20-something and still new to Jewish observance, drank up like a parched desert wanderer. She assuaged my fears that I would never meet my beshert by telling me the magical story of how she met her husband, Emil, when she was almost 30. Hannah made me laugh and think, and challenged me to open myself to a new way of life. But behind her bright smile, I sensed an incredible pain in Hannah’s heart. Something had happened to her that had shaken her down to her very core.

One afternoon, Hannah told me her story. She and Emil had been thrilled when, a few years into their marriage, they learned they were expecting. The pregnancy progressed beautifully and Hannah joyfully anticipated becoming a mother for the first time. When the big day finally arrived, Hannah and Emil headed to the hospital with typical excitement and healthy nerves. But as the labor went on, complications arose and the baby’s heartbeat stopped. Despite the doctors’ best efforts, he was born dead. Since then, all of Hannah and Emil’s efforts to conceive again had failed.

As Hannah spoke, her voice was raw with pain. She told me about naming her child and giving him a circumcision before his burial, according to the dictates of Jewish law. She called the baby by his nickname with such affection one would think she had known him for a lifetime. I thought of the moments since then when she was forced to relive her loss over and over again: coming home to an empty nursery, heavy with milk but with no one to feed. Watching other people’s babies, born around the same time, grow healthy and strong. I could only imagine how bitter it made the disappointment each month when she learned she wasn’t pregnant. As she cried, I thought of my parents. I found myself crying with her.

Time went on and our friendship deepened. Our daily talks became a vital a part of my life. We rejoiced in each other’s successes and supported each other through challenges. Hannah continued to hold my hand as I took my tentative first steps as an observant Jewish woman, encouraging me to move forward with confidence, in my time. She celebrated wholeheartedly with me when I finally did meet my husband, and no one danced more joyfully at my wedding than she did.

Shortly after I was married, Hannah called me with wonderful news. After months of fertility treatments, she and Emil were pregnant again! Although she tried to temper her excitement, I had never heard anyone complain more happily about morning sickness and exhaustion. But within only a few weeks, Hannah called again, distraught. They’d lost the baby.

“It was a little girl,” she told me, her voice breaking. “A little girl…”

But despite her sadness, Hannah clung to her faith. She and Emil moved forward from their loss and conceived again a few months later. Like the pregnancy before, it ended in a miscarriage. On that day, the trust in God that had once burned so strongly gave way to anger.

“What does God want from me? Why is He doing this?”

I had no answer for her. All I could do was tell her, again, about my parents, how they had suffered as she did now, and how eventually they were blessed with children. Although she took comfort in my story, I wondered if it was fair to offer her hope. What if God never meant for them to have children? Should she keep chasing after a dream that was never meant to be?

And then I got pregnant. It was a surprise -- I had been married only six months -- but we were overjoyed. When it was time, I told everyone I knew about it -- everyone except Hannah. I felt guilty that it had come so easily to me; telling her seemed almost cruel. But at the same time I hated keeping a secret from my dearest friend. Selfishly, I wanted to share it all with her, every twinge of nausea, every tiny kick. But I knew, deep down, it was too much to ask.

“Are you pregnant?” Hannah asked me one day.

I was shocked. By then I was living in another city; there was no way she could have known.

But of course she knew. She was my friend.

“Yes,” I replied, wracked with shame.

There was a long silence before she said, “B’sha'ah tova. It should be in a good time.”

It was a relief not to have a secret between us anymore.

It was a relief not to have a secret between us anymore, and for a time we went on as usual. Hannah checked after my eating habits, offered me advice and a listening ear, but I could sense the effort it took. In turn, I tried to mention the pregnancy only when she asked me about it. Despite her love for me, Hannah’s pain made it impossible for her to truly be there. And I tried to censor myself to keep her close for as long as I could. It had once been so natural and easy between us, but now our friendship had become forced.

Our talks grew less and less frequent, but I continued to call, hoping that she would adjust eventually and we could return to the way things were. When I did reach Hannah, our conversations were quick and superficial, empty of the laughter we’d always shared. But mostly, my calls went unreturned.

One night in January, I looked out at a snowstorm and decided to call Hannah.

It was the way she said my name, riding on a sigh, that told me this was the last time we would speak.

She asked after my baby son. I asked how she and Emil were doing.

“I had another miscarriage.”

“I can’t be there for you anymore,” she said simply. “You didn’t do anything. It’s me.”

Being so close to something she couldn’t have was too painful.

I was devastated, but I knew it was coming. I wanted to be angry at her, but I couldn’t. Being so close to something she couldn’t have was too painful; she had to pull away.

As the months passed, I thought about her often, hoping things had changed for her and Emil. I wondered if there was something I could have done differently, though there was no way of knowing. I missed her terribly and wished for just one more of our long talks.

A few months later, my mother passed away. At the funeral there was a sea of familiar faces, characters from different chapters of my family’s life. But among them, there was one that had come just for me.

Hannah wore a black hat and wide sunglasses, like someone trying to remain inconspicuous, but I found her easily among the crowd as they drifted from the gravesite. We hugged tightly and shared an easy laugh, the way we used to. As we chatted, I felt a mingling of joy at seeing her with the sadness of missing her. I longed to say something that would recapture our old friendship, but I couldn’t find the words.

“It’s really good to see you,” I finally said.

It was a fleeting moment, full of promise that maybe we could start again. But it quickly passed. I remembered what my father said, about the kind of pain that even time can’t take away. Coming here was the most Hannah could give me now, and it was enough.

“We’ll talk soon,” I said, and kissed her goodbye.

The Miracle of Breathing

"A Question of Trust"