Turning Our Backs on Israel 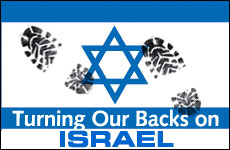 When Jews attempt to separate themselves from their brethren in order to curry favor with the outside world, we're in trouble.

There was a chilling book review in the Wall Street Journal. It described the early life of the now famous author, Irene Nemirovsky, who perished at the hands of the Nazis.

In her earlier days, Nemirovsky has been a less-than-ardent supporter of her people. In fact she participated in a “rightist, ultra-nationalist and often anti-Semitic intellectual culture.”

At some point she converted to Roman Catholicism and married a man who had done the same. As the Nazi net began to close in around them, her husband penned a desperate letter to

the Nazi ambassador in France, pointing out that “even though my wife is of Jewish descent, she does not speak of the Jews with any affection…” We are not like them (the other Jews), he was asserting.

We are different. We are the good ones.

We all know the end of the story. Hitler and his Nazi machine of extermination didn’t care. He wasn’t interested in your philosophy or your personal religious views. He didn’t

want to hear about your intermarriage or whether you raised your children as Jews or not. If you had even one-fourth Jewish blood, you were doomed in his eyes.

It was, and is, a sobering thought. In a time of such targeted attacks on our people, it is excruciatingly painful to read about those Jews who tried to set themselves apart, who turned their backs

on their people and to see the ultimate foolishness of their delusion. You might think we would have learned our lesson and recognize the need to stick together. It would be a logical conclusion but, unfortunately, an erroneous one.

After Elie Wiesel took out his courageous full page newspaper ads in support of Israel (LINK to piece), another organization felt compelled to rebut his allegations, to suggest his support was unjustified,

to openly avow and assert another side – a side critical of Mr. Wiesel, Israel, and by association, the Jewish people. This same group (under the ironic guise of being “pro-Israel”) is constantly attacking Israel

in the press and trying hard to differentiate themselves from those Jews who support the land. We are different, they are saying. We are not like them. We are the good ones.

We need to be united against our external enemies and band together in order to reach our true spiritual potential.

There very well may be legitimate criticisms of some of the actions of the Jewish state. There is plenty to debate. But if we have criticisms, let’s make them internally. My concern is when dissent is made in public

where the goal is not the betterment of the Jewish people but rather to demonstrate to the non-Jewish world at large one's lack of loyalty to the Jewish people and Israel. We are different. We are not like them.

When we are governed by our concern for how the world will view us and an anxiety to make sure they don’t link us with our brethren with whom we disagree, then we have lost our way. We are in danger of writing letters like Mrs. Nemirovsky’s

husband: I’m not one of those who believes in a united Jerusalem. I have no affection for the 'settlers.' That assertion of separation in order to curry favor with the external society is how the seeds of destruction are sewn.

Our biggest strength is our unity. We are our own biggest enemies when we participate in our people’s fragmentation. We leave ourselves open and vulnerable. This has been true throughout Jewish history.

It’s so painful to watch this unfold before my eyes, to see this played out alongside the saga of the life (and death) of Irene Nemirovsky. The desire of some to separate themselves from their people is painful.

Sometimes only when we are attacked from outside armies do we band together. But wouldn’t it better if we recognized our family through demonstrations of love and caring, through open discussion

and sincere desire to find common ground? It doesn’t matter how loudly or frequently we tell the world that we are different than our brethren, when anti-Semitism comes, we all share the same boat.

We are now approaching the holiday of Shavuot. When the Jewish people encamped at the foot of Mount Sinai in preparation to receive the Torah, they exhibited an unprecedented unity. They were like “one person with one heart.”

This is the true secret to our success; only when we acted as one did we merit the Almighty’s revelation and the gift of His Torah. We need to make our way back. We need to refocus our energies. We need to be united

against our external enemies and band together in order to reach our true spiritual potential.

Reading The Life of Irene Nemirovsky and observing the Jewish world today frightens me. It seems on the surface as if some things never change and some people never learn. And yet Shavuot is coming.

And that unique experience of unity has been embedded in the spiritual fabric of the holiday. That palpable sense of a people with one clear purpose is available to us every year at this time. That is our hope.

That is our opportunity. If only we can all reach out and grab it. 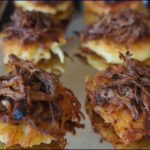 The NY Times Does It Again1 min read

You're Not Hired8 min read