8 Myths about the Terror Attack in France 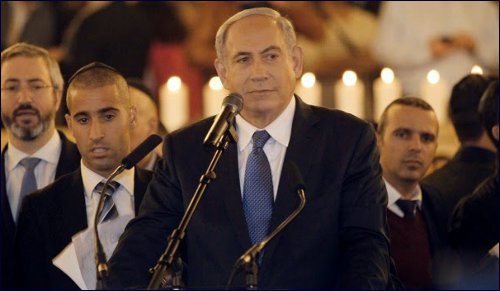 Dispelling common distortions about the situation in France.

In the media coverage of the terror attacks that rocked France, killing 17 people – five of them Jews – at Charlie Hebdo magazine and a kosher grocery store in Paris, some key facts have been distorted. Here are eight myths that have evolved about the attacks – and the truth behind them.

1. Myth: Paris’ Great Synagogue closed on the Shabbat after the attacks – the first time it shut its doors since World War Two.

Fact: The media got it wrong. Paris Great Synagogue – the Grande Synagogue de la Victoire opened for Friday night Shabbat services only hours after a siege at a kosher grocery store in Paris left four Jews dead and others seriously wounded – and remained open throughout Shabbat. Amid heightened security, the Synagogue welcomed more worshippers than any time in recent memory, as Paris’ Jews flocked to synagogue to express their solidarity.

2. Myth: France and other nations won’t bow to terror threats after the horrific attacks in Paris.

Fact: On Sunday, January 18, less than two weeks after the Paris terror attacks, French and German authorities cancelled anti-Islamist rallies. The groups planning these rallies are considered offensive and racist – but the demonstrations weren’t cancelled because of the unsavory character of their organizers: they were cancelled due to fear of further terror attacks after police received information that attacks were imminent.

3. Myth: As French President Francoise Hollande welcomed world leaders to the massive anti-terror solidarity march in Paris on Sunday, January 11, 2015 – which brought millions of people to the French capital to protest the terror attacks there – Israeli Prime Minister Benjamin Netanyahu was a welcome presence as a fellow head-of-state whose country has also been rocked by major terror attacks.

Fact: President Hollande sent a private message to Netanyahu’s office before the march, asking the Israeli prime minster not to come: Pres. Hollande’s staff said he feared Netanyahu’s presence would be divisive and divert attention away from France’s attacks. Netanyahu insisted on flying to France for the rally without an invitation, but Hollande’s anger was palpable. An invitation to attend the march was hastily extended to Palestinian President Mahmoud Abbas too. When Hollande and Netanyahu attended a memorial service at Paris’ Grand Synagogue following the march, Hollande got up and left his seat when Netanyahu began speaking.

4. Myth: The entire world recognizes that the attacks were carried out by French nationals who were radicalized in French prisons, and received training from Islamist extremist groups in the Middle East. On Monday, January 19, 2015 Belgium’s Justice Minister announced they were hunting for Abdelhamid Abaaoud, a Belgian national suspected of being the “ringleader” of the attacks.

Fact: In the days after the attacks, a host of prominent media outlets and individuals have accused Israel of conducting the attacks. The International Business Times ran a piece speculating that Israel might have masterminded the attacks – then apologized, admitting the story was below their usual standard of journalism. Others peddling this myth haven’t apologized: Ankara’s long-time Mayor Melih Gokcek stated “it is certain” that Israel organized the attacks to stir-up anti-Islam sentiment; the founders of the Free Gaza Movement tweeted that Israel might be behind the attack and “time will tell” ; newspapers such as Tunisia Times, the Egyptian paper Al Dostor ran articles alleging Israel was behind the attacks; Jordanian news site Rawafed News alleged it was French Jews; and in interviews on the streets of Paris, the idea that Jews were somehow behind the attacks was a commonly believed theme among some segments of disaffected youth. A recent poll found that 14% of French people felt the attack against Jews in the kosher grocery store was “understandable” and 16% of those polled in France believed in Zionist conspiracy theories.

Fact: Hamas, which is part of Mahmoud Abbas’ Unity Government, condemned the massacre at Charlie Hebdo magazine – but fell short of condemning the massacre two days later at the kosher grocery story, as well. Later, Hamas briefly posted praise of the three terrorists on its official website, showing their pictures with the caption “the shahidim (martyrs) who were dispatched by G-d, the heroes of the raid in Paris”. Hamas security agents also made a rare exception on Monday, January 19, 2015 and allowed their political rivals, jihadi Salafi activists, to stage a public protest in support of the French terror attacks and ISIS outside the French Cultural Center in Gaza. Hamas officials stood guard as protestors burned a French flag and called for further violence.

6. Myth: The four victims of the kosher grocery store massacre – Yoav Hattab, Philippe Braham, Yohan Cohen and Francois-Michel Saada – were buried in Jerusalem for personal reasons, or because of their affinity with the Jewish state.

Fact: While the victims’ families do indeed have strong ties to Israel, at least part of the reason they were buried there was due to fears their graves would be desecrated in France, according to Serge Cwajgenbaum, Secretary General of the European Jewish Congress.

This fear has been rising for year, as desecrations of Jewish cemeteries, like other anti-Jewish acts, has soared. In 2007, the mother of Ilan Halimi, a young Jewish man who was abducted in Paris by Muslim anti-Semites, held prisoner for weeks, tortured and eventually killed in 2006 had his body exhumed and reburied in Israel – because she was afraid locals would come and “spit on his grave” in France. The four victims of the 2012 Toulouse school shooting – in which a rabbi, his 3 and 5 year old children, and an 8 year old girl were murdered at a Jewish school by a radical Islamist – were also buried in Israel.

7. Myth: Following the attacks in Paris, Jewish institutions are ramping up security to minimize the threat of terror attacks.

Fact: While 5000 police and soldiers have been deployed to Jewish institutions in France, many Jewish sites lack funding to for comprehensive new security. In the days since the Paris attacks, grave new threats have emerged against Jewish schools in Europe: on Friday, January 16, 2015, Jewish schools in Belgium and the Netherlands closed because of fear of imminent attacks.

8. Myth: The massacre at the kosher grocery store in eastern Paris was the only terror attack against a Jewish target in Paris that week.

Fact: On Thursday, January 8, 2015, the day after the Charlie Hebdo massacre, 25-year old police officer Clarissa Jean-Phillipe was shot to death in the southern Paris neighborhood of Montrouge, mere yards from the Yaguel Yaacov Jewish school and the Montrouge Synagogue. Amid the panic in Paris that week, her death at the time failed to garner much attention. It later emerged that Officer Jean-Phillipe was murdered by Amedy Coulibaly, who the next day murdered four Jews – and wounded others – as they shopped for Shabbat at a kosher grocery store. French Interior Minister Bernard Cazeneuve later said French officials had “a very strong presumption” that Coulibaly was on his way to the school to carry out an attack.

The Surging Violence Against Jews in NY