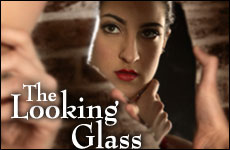 To the women of Israel.

I bought one of those little magnifying mirrors some months ago. It was one of the most frightening experiences of my life.

I had no idea what my face really looked like. There were holes, red splotches, little lines and crevices in places on my face that I had no idea existed. I didn't know what to do about it.

My family and I had recently moved back to the United States after living in Israel for nine years. I never noticed these types of things in Israel. Somehow, facial lines, faded clothes and worn shoes fit into the fabric of life in the Holy Land. Here in the States, those same things glared liked red sirens.

Once I moved back here I realized that the clothes on our lift -- the "good ones worth keeping" -- were not good, or worth keeping.

They matched the lines on my face, which I now thought weren't good or worth keeping either.

Here in my corner of America, I have noticed spas or salons on pretty much every commercial block in a 20-mile radius. I haven't been in one yet, but they beckon me with each peek into that dreadful mirror. I overheard my 10 and 12 year-old daughters discussing with their new classmates how many times they had their nails "done." My kids had a big lead for last place.

I started thinking about some of the women I left behind in Israel and the lines on their faces. Did they notice?

The woman who has 14 children and makes it to the Western Wall every morning at sunrise, no matter the weather, to cry out for the sake of the Jewish people.

The grandmother who swam across Lake Kinneret to raise money for autistic children.

The woman who opens her home for thousands of soldiers to thank them and give them honor.

The women who lived in a tent near the Tomb of Rachel with their children to insure that the Israeli Government would protect it.

The women of Gush Etzion who produced extraordinary musicals to heighten the spirits of women suffering from the destruction of bombings.

The women who have taken in families from Gush Katif, providing shelter, food and comfort, in already crowded homes.

These are not women who frequent spas. These women are too busy "earning their stripes."

These women have no fear of that dreadful mirror. The lines on their faces represent lines of love, giving, caring, sharing, struggle, sacrifice, and commitment to the Jewish people, and the One Above.

To the women of Israel, we thank you.