The Cure for Marriage Blues 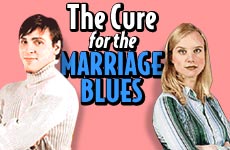 Do you believe it's possible to achieve marital bliss?

No one ever said, "I am not getting anything out of this relationship anymore!"

That is, no parent ever said it!

Rebbetzen Ester Jungreis puts it well when she says that couples today don't need marriage counselors to keep track of who is more indebted to whom; they need accountants!

If you have children, then you should be able to answer this question: What is the worst thing your son/daughter could ever say to you?

No, it's not, "Hi Mom, I know you don't like me calling you at work, but did you know that if you light a match after leaving the gas stove on for half an hour, it really does make a big bang? Not to worry, I'm ok, although I haven't seen the dog in a while."

The answer is: "Don't help me anymore."

If you have a relationship based on anything other than your need to give, then you are treating the other person like an employee.

Strange as it seems, one of your parents' saddest days was the day you moved out. Yes, I am sure it was bitter sweet, you have grown up (hopefully), but bitter in as much as parents need to give.

The truth is -- and this is a tough lesson -- if you have a relationship based on anything other than your need to give, then you are treating the other person like an employee.

Real relationships are giving, everything else is obviously a taking relationship, which makes them like servants; their purpose is to serve us!

In the early 1950's Roger Banister announced to the world that he would run the mile in under four minutes.

Everyone thought he had lost it! The sports "experts," the medical establishment, everyone!

In 1954 he did it. It has been reported that within one year, over 30 people ran faster than Banister himself.

When asked how it was possible for so many people to run that fast so soon, Banister said: "It was never a physical boundary, only a mental one."

The Talmud tells a very similar story. When we meet God in the Next World, the Almighty will ask why we didn't study Torah more. The poor will answer, "It wasn't our fault! We were poor, we didn't have time."

To this answer The Almighty will present the great Torah Scholar, Hillel, upon whom it was said, no one was poorer.

The rich will also be asked, and they will give a similar answer: "We had to take care of our money." The Almighty will then bring the great scholar, Rabbi Elazar ben Harsum, upon whom it was said no one was richer.

Each will come with his or her own excuse, and the Almighty will present someone with that same handicap who overcame it.

The question is, why does God need to present anyone? Doesn't God know us, and know that we could have done it?

Why didn't God say something like, "Oh grow up and stop whining! We both know you could have done it!"

We need to know we can do it!

It isn't enough that God knows; we need to know. When we see someone else achieve something, then we know we can do it too!

Roger Banister is telling us that human beings will only strive for something they think they can achieve.

The Talmud is saying something even deeper: if you know you can achieve it, you are liable for not trying!

Many people today don't believe it is possible to achieve bliss in a marriage, so they don't try!

But when we, too, will encounter our day of truth, and the Almighty asks us why weren't we as loving, giving and in Bliss with our spouses as we should have been, then we will all answer, "It wasn't my fault! I wasn't getting anything out of the relationship anymore!"

The Almighty won't call Hillel, nor Rabbi Elazar, nor even Roger Banister to show we could have achieved more. He will only show us our children, and simply ask, "How did you manage to love, care and give so much to them when they gave you so little?"

"Couldn't you have done the same for your spouse?"

Get the Bliss movie at: http://www.getbliss.com/movie.htm

This is Part One of a Two-Part series. 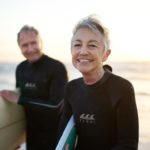 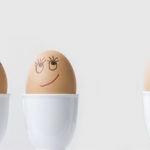 My Appliance, My Spouse4 min read 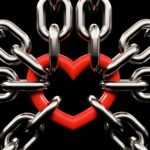 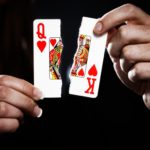 Expectations of Marriage: Why So Many Marriages are Doomed5 min read 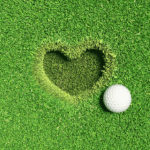 Fall in Love with Your Spouse, Again5 min read 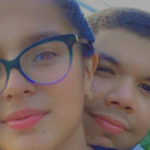