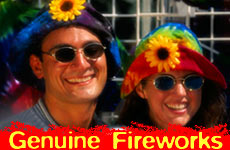 Inundated with the scandal and speculation of the Clinton years, we have lost our ability to appreciate what it really takes to make a marriage work.

“Marriage cannot begin with true love; what should be present at the outset, however, is a strong commitment by both partners to devote themselves to helping each other and serving as each other’s lifelong friend.” (“The River, the Kettle and the Bird” by Rabbi Aharon Feldman)

The NY Times Book Review recently carried a review of “Dubya in Love,” a new book on the marriage of George and Laura Bush. But it was the subtitle that really captured my attention: “Forget the fireworks and glamour, this books says; the Bushes’ marriage is all about commitment.”

Wow, I thought. That’s great. It sounds like an advertisement for a Jewish marriage.

But the reviewer didn’t mean it as a compliment. She meant they were dull, boring, uninteresting -- and still together.

From outside appearances, the Bushes have a marriage of genuine respect, caring and understanding. And yet America makes fun. Inundated with the scandal and speculation of the Clinton years, we have lost our ability to appreciate what it really takes to make a marriage work. I don’t know if the Bushes really have it or not, but if the subtitle is correct, they at least have the right ingredients.

Later in the piece, the reviewer writes, “What [the author] depicts is an attraction of opposites based on love and commitment -- admirable, to be sure, but not especially interesting or revealing.”

Our Torah tells us the story of the marriage of Isaac and Rebecca. He married her and he loved her. It was only after the commitment of marriage that true love was able to grow and flourish. Perhaps you think they had it easier. Their lives were, maybe, less complicated. I don’t know. They had one son who grew to be the leader of the Jewish people and the other his mortal enemy. Yet their commitment endured. Commitment doesn’t mean a lot during the easy times, but during the tough ones it’s sometimes all you’ve got. It’s a hard sell in a world of movies, titillating billboards and romance novels.

Some celebrities have been known to enjoy their dream weddings so much they insist on reenacting them a few months later -- with someone else!

You can write article after article about the disastrous effect of Hollywood on our expectations of marriage, yet the illusions persist. (Some celebrities have been known to enjoy their dream weddings so much they insist on reenacting them a few months later with someone else!) Have we all lost touch? In the musical “Hello Dolly,” Dolly Levi, a matchmaker with some experience, sings, “Don’t look for shooting stars cuz love is only love,” and proceeds to extol the quiet pleasures of a deep and lasting relationship.

Marriage is not one long honeymoon. (No surprise to any married couple.) Just like life is not one long summer vacation. But that doesn’t mean it can’t be wonderful. Sharing your day -- your struggles and your triumphs, doing mundane tasks, learning and growing together, raising your children (and maintaining your sense of humor -- now that requires real effort!) -- these are the activities and experiences that build a relationship.

Handholding and staring into each other’s eyes may feel deeply moving, but it doesn’t last. Only through rising to life’s challenges together will you create something of permanence. Although political couples do it publicly, we all have the same challenges. Fame comes and goes. Money and power come and go. I recently heard of a man whose glamorous wife threatened to leave him when he lost millions in the dot.com disaster. Maybe she was exciting and attractive, but that doesn’t compensate for superficiality and loneliness.

The whole nation watches as the Bush twins experiment and get into trouble. Everyone wants to know how they will handle it. No one is watching us as we confront similar struggles. Are there fights and recriminations? Do we blame our spouses? Is our marriage threatened? Or is our commitment to each other the one constant in an otherwise changing and frightening world?

Marriage can be a lot of fun, as long as you have good babysitting help!

Marriage is not a game. Anyone with a successful marriage (and even an unsuccessful one) knows that it’s a lot of work. It can be a lot of fun, too (as long as you have good babysitting help!). But it’s really time to stop listening for violins, to put the bells and whistles back on the dogs and cats where they belong, and to dig in for the long haul.

There is a beautiful poem written by the 12th century physician and scholar Maimonides, that gives us perspective:

Happiness is not found among turbulent tides
Which smash the soul and rock the mind
But in every person’s heart, deep within
Lies the goodness and beauty of truth and righteousness
It is so easily seen and yet so difficult to find
This thing called Happiness.


Give me one of those boring long marriages -- years of effort and experience, trials and tribulations, or commitment and giving -- even when it’s a stretch (especially when it’s a stretch), of sharing and growing, and falling backward and growing again. Now those fireworks are really spectacular!

(Maimonides poem quoted on p. 94 of “The Challenge of Marriage” by Sima Basry)

Differences in My Marriage

Remind Me Why We’re Still Together?
The Promise Of The Land
Which Chat Are You On?: Parshas Behar/Lag Ba’Omer
Do You Like Slow-Cooked Food? Thank the Jews
Comments
MOST POPULAR IN Marriage
Our privacy policy