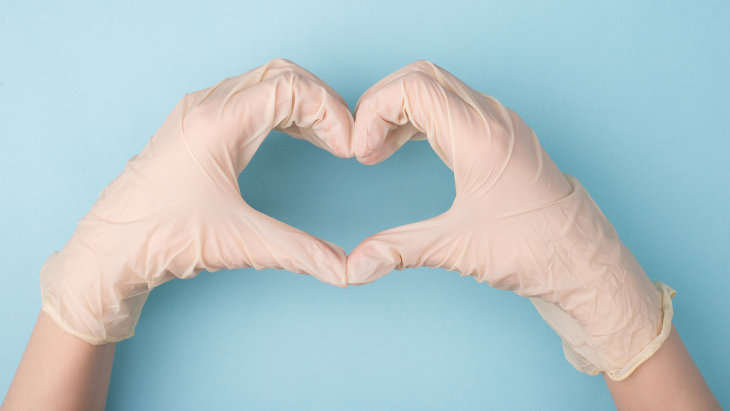 I don’t know how or when the pandemic will end, but I know that the miracle of life is now.

When Elul began last week I was so shocked that I took out a calendar and stared at it in confusion. I had been so pre-occupied with our summer plans and the question of if and how each of my children’s schools would open this year, that I lost track of time completely. I thought this would all be over by now. I can’t believe we’re beginning the school year like this.

Instead of asking, “When will this all end?” I’m asking: “How can I grow from this?”

During the Vietnam War one of the highest-ranking naval officers, James Stockdale, was held captive as a prisoner of war for over seven years. When asked how he and other prisoners of war survived, he explained what later became known as the Stockdale Paradox: The prisoners of war who fared the worst were actually the most optimistic ones. They believed that they would be home by Thanksgiving and when Thanksgiving passed, they said they were sure they would be free by Christmas. Eventually, when these prisoners still found themselves in captivity by the deadlines they had set in their minds, they gave up hope and died. Paradoxically, the prisoners who fared the best were the ones who acknowledged the reality of their situation while simultaneously believing that everything would work out in the end. They didn’t know how and they didn’t know when, but they knew that someday they would be free. They had a faith that was able to somehow embrace the reality of their situation without losing hope for the future.

So this Elul I’m looking back at the past year and into the next few months with a new question. Instead of asking, “When will this all end?” I’m asking: “How can I grow from this?” Because I’m no longer thinking that this will all be over by Rosh Hashanah or Sukkot or even Hanukkah. One day this global pandemic will be over and we’ll take a step back and evaluate the crucial lessons we’ve learned and how we changed our lives.

Here are three lessons that I have learned from the past year.

I learned how to say thank you even when I wasn’t feeling grateful. There have been so many days in the past few months when all I wanted to do was complain. Endless things weren’t working in my life. Schools closing, and the kids zoning out during endless Zoom classes. Holiday plans canceled. Sudden fear and panic everywhere. Riots and storms and stressful summer plans. And it was exactly this confluence of challenging external circumstances that led me to make a radical, internal shift within.

If I started complaining I’d never stop, so I learned I could say thank You even during the times I felt frustrated and disappointed.

I knew that if I started complaining I’d never stop, so I learned I could say thank You even during the times I felt frustrated and disappointed. Even during the hardest of times there was still so much that I could authentically be grateful for. I woke up and said thank You, God, for air. For light. For the ability to see and hear and smell. Thank You for this day. For the gift of life. For giving me the chance to begin again. And even if it was for just a few moments a day, I felt so grateful for the tiniest details I noticed around me. For shelter. For sunrise. For food. For clothing. For this day.

I learned that if something is important, do it now. We all had so many plans and events that we couldn’t have fathomed being canceled when 2020 began. There was a bar mitzvah trip to Israel that I took in February with my son, my mother and two of my daughters that would never have happened if it had been postponed. I remember hesitating to choose a date, and my mom decided just to book the tickets. Because of my mother’s lack of hesitation, we watched my son organize a minyan all by himself in the lounge in the airport. We watched him put on tefillin at the Kotel. We spent Shabbos in Jerusalem. If we had postponed the trip even by a few weeks, that trip would have never happened.

This year has taught me that if something is important, do it now. Today. Because tomorrow there is no guarantee that the opportunity will still be there.

I learned not to take my family for granted. I’ve always been the type of person to keep looking for the next big thing to accomplish. Whether it’s a new career goal or a more challenging marathon, I tend to think of my life in terms of the rungs of a ladder, and I’m constantly trying to find a way up to the next step. But for many of us, this past year has knocked that ladder out from beneath us. We thought the office was where we should be and then it closed. We thought we should be transforming our bodies at the gym and then all the classes were canceled. I was on an elite running team that won the first race of our season and then suddenly, the races for the rest of the year were gone.

And as I tried to find a new rung to climb, I realized that maybe right now just wasn’t the time for climbing. Maybe it was time to look around me and treasure the most important people in my life. Maybe it was time to pause and realize how fortunate I am to be a mother and a wife. How often have I taken the people I love for granted?

Last month, our family experienced a personal miracle. My husband and I were woken up at by the phone at 4AM. Those 4AM calls are never the ones you want to receive. Our daughters were calling us. They had been caught in a rain storm and their car spun 360 degrees around into the divider of the highway. The car was completely totaled but miraculously they emerged with just a few scratches.

When they returned home, my daughter hugged me and began to cry. “It’s the first time in my life that I realized that I could die,” she said. And as my own tears of gratitude fell, I wondered how we all forget this so easily each day. We forget how precious life is. We forget what a gift each and every day that we are given is. But most of all, I think we forget the miracles that have brought each of us to the end of this year.

I don’t know how or when the pandemic will end, but I know that the miracle of life is now. Thank You for the gift of life. Thank You for bringing us all to this day. Last Rosh Hashanah none of us could have imagined the year to come; for many of us, it is the first time in our lives that we are grateful just to be alive.

Three Things We Should Never Say Before Rosh Hashanah

A Short Guide to a New Head

3 Steps to Preparing for This Rosh Hashanah