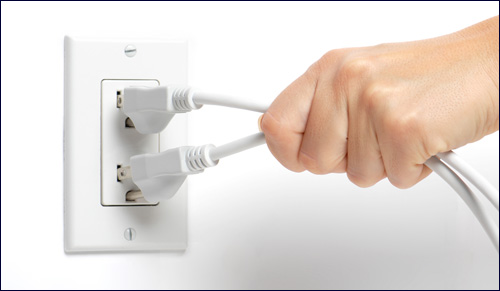 Society’s emphasis on the quality of life society is perverting our most basic moral intuitions.

Recently, I had a chance to spend a day with one of my closest friends from law school. Near the end of our time together, he shared the story of the passing of his mother whom I had the pleasure of meeting many decades ago.

Towards the end the end of her life, she was hospitalized with pneumonia. The doctor told her oldest son that she would not be able regain her strength unless a feeding tube was inserted to bring her the necessary nutrients. Her son decided against the feeding tube on the grounds that his mother had lived a full life – she was then 96 – and that the operation entailed certain risks and might be painful.

When my friend went to visit his mother in hospice, he was shocked to find that all her medications had been stopped as well. He asked his brother what was going on, and his brother told him that everything was being done to ensure the smoothest, most painless passage to the next world.

“But have you asked Mama what she wants?” my friend asked. The two brothers agreed that they would put the question to their mother together. They sat in her room, one either side of her, each holding one of her hands, while the older son explained the choices that he had made. He concluded by asking his devoutly religious mother, whether she was prepared to meet her Maker.

“Well, son, I don’t think I am – at least not quite yet,” she replied. My friend related that at that moment he felt like jumping up and cheering Over the next two months, his mother proceeded to eat herself out of hospice entirely.

Why was I so struck by this story? Because it provides a good example of how the societal emphasis on the quality of life society has warped our thinking and perverted our most basic moral intuitions.

My friend’s older brother loved his mother dearly. There can be no question of an ill motive in his decisions: Yet so sincerely did he believe that he was acting in his mother’s best interests by helping her gently let go of life that he did not even bother to ask her what she wanted.

Down the Slippery Slope

Judge Neil Gorsuch chronicles in his book The Future of Euthanasia and Assisted Suicide the slippery slope that inevitably follows from departures from the traditional view of the sanctity of every life.

The Netherlands is the country with the longest experience with euthanasia and assisted suicide going back to a 1984 statute. The autonomy argument has now been extended in the Netherlands to non-terminally ill patients and to include forms of suffering that are not physical. In addition, it has been extended to children as young as twelve years old, as long he possesses a reasonable understanding of his interests and obtains parental consent. By 16, parental consent is no longer required. According to a large survey of Dutch physicians, by 1990 there were already 8,750 deaths, or 7 per cent of all deaths in the Netherlands, as a consequence of active intervention to shorten life or withdrawal of medical treatment for the same purpose, without the explicit consent of the victims.

And the basis for action, according to the Dutch Supreme Court, in the majority of cases was physicians’ “quality of life assessments.” And those quality of life assessments were based on an ever-widening list of factors. Initially, about 50% involved assessments of the patient’s acute pain and suffering. But more recently, pain is the principle factor in less than 20% of physicians assessments, surpassed by such factors as the lack of social interest in the “needless prolongation of life” (33%) or even the “inability to cope” of the patient’s family.

Physician-assisted suicide is now moving in the direction of utilitarian arguments about which lives are worth societal investment and which ones are not.

In short order, a movement to permit euthanasia or physician-assisted suicide based on theories of personal autonomy evolved in the direction of the types of utilitarian arguments about which lives are worth societal investment and which ones are not that were popular among early euthanasia and eugenics enthusiasts in the United States – including Harvard professors, college presidents, and Supreme Court Justice Oliver Wendell Holmes (“three generations of idiots is enough”) – until the Nazis gave euthanasia a really bad name.

Another chilling discovery of the large survey of Dutch physicians is that only about half of the cases of euthanasia or physician-assisted suicide are reported at all. In the rest of the cases, the attending physician just lists the case as “death by natural causes.” So there is no effective supervision or way for the government to know how many of those killed might be suffering from temporary or alleviable depression or the like.

Nor do the legally sanctioned killings always go smoothly. In about 16 per cent of the cases there were “problems with completion,” i.e., the patient died neither as quickly nor as painlessly as predicted.

In 2015, the Canadian Supreme Court found a constitutional right to physician-assisted suicide and gave the Canadian parliament a year to draft an appropriate statute guaranteeing that “right.” Though the statute recognized a physician’s right not to assist in such a suicide for reasons of conscience, the provincial medical associations were delegated authority to draft regulations concerning the obligations of physicians under the statute.

The College of Physicians and Surgeons of Ontario issued regulations requiring physicians who refuse to assist in a suicide for reasons of religion or conscience to nevertheless refer the patient to another physician who is prepared to assist the suicide. (Ontario includes Toronto and is home to the largest number of Jewish physicians of any province in Canada.)

Failure to do so, according to the regulations, will be considered “abandonment” of the patient. The College of Physicians and Surgeons has the power to revoke the licenses of non-complying physicians. Providing “effective referral,” according to the College, is not “assisting” in a suicide, and therefore cannot be said to violate the conscience of the referring physician

Unfortunately, the judgment about whether the referring physician is implicated in the subsequent killing of the patient is not one for the Ontario College of Physicians to make. It is an issue of Halacha, Jewish law: Does such a referral violate the prohibition against being “mesayeah l’davar aveirah” – helping someone commit a transgression. A number of Catholic doctors and professional organizations representing Christian doctors, Bnai Brith of Canada, and at least one Orthodox physician, Dr. Ellen Warner, a full professor of medicine at the University of Toronto and an oncologist, who deals with many end of life patients, have filed suit to prevent enforcement of the guidelines of the Ontario College of Physicians and Surgeons, on the grounds that they violate both their religious conscience and their conception of the proper task of a physician as preserving life. And efforts are underway in parliament to secure physicians an exemption from making referrals.

Such statutes may make it impossible for believing Jews to enter the practice of medicine or to continue as physicians.

In late December, the Rabbinical Council of America published a resolution, passed at the initiative of Rabbis Chaim Strauchler and Daniel Korobkin, both of Toronto, condemning physician assisted death as forbidden by Jewish law, which views life as a gift of God that only He can take away.

The resolution points out that such statutes may make it impossible for believing Jews to enter the practice of medicine or to continue as physicians. It also notes, as does Judge Gorsuch, that the so-called “right to die” often transmogrifies into a “duty to die” for vulnerable patients who worry about being a burden, financial or otherwise, to their families. And it takes little imagination to see how health care providers, eager to avoid the high cost of late life care, will provide incentives to create something like a “duty to kill” for physicians who want to work for them.

“Living with Dignity,” the Lifelines story that appeared in a recent issue of Mishpacha Magazine, illustrates graphically how physician assisted suicide statutes completely transform the mindset of health care providers.

Every single physician and nurse in the true story, with the sole exception of the Orthodox “Dr. Sharon Finer,” who insists that the mother’s condition is “completely treatable,” appears to view their duty with respect to a terminally ill patient as to expedite their departure from the world.

First, the hospital in which the 84-year-old cancer patient is being treated tells her that cancer has metastasized to her bones and stomach lining, and that she has only a day or two to live. She is sent home to die. By prematurely ending treatment, the hospital caused her needless pain by failing to detect calcium leaking from her bones into her blood.

After being admitted to second hospital via the emergency room, that hospital too soon gives up on medical treatment, and keeps sending teams of palliative specialists to ask whether she would like increased doses of morphine, which can often trigger a fatal heart attack. Those same professionals next recommend cessation of hydration, which will lead inevitably to death.

“We are here to help you die, if that is your wish – and we truly believe it is.”

Only after the elderly cancer patient realizes that death is not as imminent as she was told, does she insist on lowering her pain medication so she can resume normal activities. For her efforts, she is visited by a series of psychiatrists who try to convince her to die already. One asks her, “Do you have any meaning in life?” Even after being assured that she does, he tells her in his most soothing voice, “We are here to help you die, if that is your wish – and we truly believe it is.”

Another young resident completely misreads a CT scan, which she should never have discussed with the patient, and tells her that the situation is hopeless. She then falsely writes on her chart that the patient expressed a desire to cease treatment.

Today, more than half a year after the first prediction of death within a day or two, the narrator’s mother goes to the gym every day to work out on the elliptical machine and lift weights, reads prodigiously, and greets her children, grandchildren, and great-grandchildren with a smile.

Sometimes, even under medial regimes which appropriate to themselves the ability to assess the “quality of life,” the merchants of death strike out.