Not Coming to My Daughter's Defense 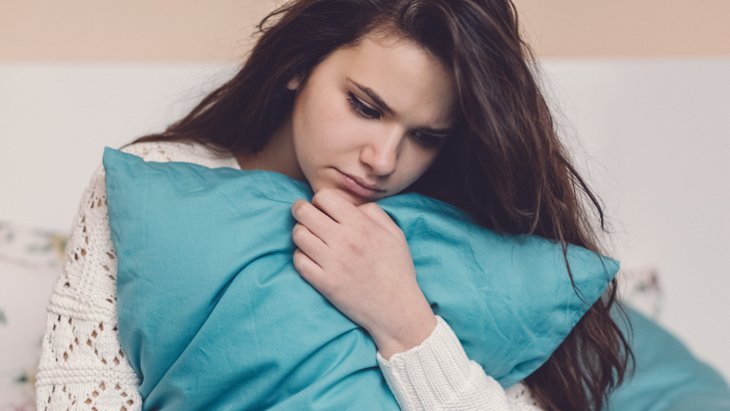 I remained silent when my very tall and very sensitive daughter was insulted by a friend.

My 14-year-old daughter is a lovely young girl, kind and sensitive. She is also slim, pretty and very tall. People often comment about it, sometimes complimentary, but many times not and she doesn't like it. Just the other day we were at someone's house and the hostess said in all innocence that my daughter is so so tall and so thin, does she eat? (This is not the first time my daughter had to hear it from this same person and she actually didn't want to go there but I had asked her to please come with me). Thank God she has a healthy appetite.

Our hostess then commented that she looks like those people that go on stilts. Her daughter entered the room and our hostess turned to her daughter to repeat her comment. The daughter replied, yes like those clowns that walk on stilts. At the time I didn't know how to react out of fear of being defensive or worse offensive (their daughter by the way is very overweight but I wouldn't dream of commenting about it). I just laughed and turned to my daughter who was cringing and told me afterwards that she never ever wants to go back there.

I don't blame her. I feel so bad for her and even worse that I didn't say something at the time. Although they said it without malicious intent, those words were completely inappropriate and very hurtful to my daughter. I told her afterwards that they said what they did because they never saw someone so tall and lovely. I was trying to protect their reputation and to diminish my daughter’s pain.

What should I do now to help my daughter? She already has a self-esteem struggle. And how should I deal with the hostess? I'm afraid to say something for fear of saying the wrong thing. But on the other hand, I feel I should something the next time I'm there. I would really appreciate your advice on how to deal with this as it comes up very often. Thanks!

The most important consideration here is your daughter and how you can be sensitive to her needs. There are many areas of action here, but I would like to begin with addressing the question about your hostess which I think has a lot to do with being sensitive to your daughter. Not only would I not force your daughter to go there again, but I’m honestly not sure why you want to either. She is extremely rude to your daughter (and by extension you) and seems to display no understanding of her behavior or desire to change it.

Not only wouldn’t I force my daughter to spend time with someone who consistently insults her and causes her pain, but I wouldn’t choose someone like that for my friend either. In choosing friends, or even people to spend time with, it’s appropriate to choose people who share our values and goals, who help us grow and are desirous of growth themselves. This does not sound like the situation here and on top of that she is so hurtful to your daughter that I would go out of my way to avoid such a negative and unpleasant environment.

Telling someone that they look like a circus clown and then having the chutzpah and callousness to repeat it is the mark of a particularly nasty character and I’m asking myself why you would even want to go back. At this point I would avoid her wherever possible and if a situation arises where you are put on the spot and you need to explain your behavior, I would tell her (in a much more sensitive tone than she used with your daughter) how hurtful her words were to you and your family. Maybe you can be an agent for her growth and change but only if she asks for it (and frankly even then I’m suspicious because of the egregious nature of her thoughtlessness).

As for your daughter, feeling badly for her doesn’t accomplish anything. You need to step up to the plate and apologize. You made a mistake. I understand you were possibly caught off guard and that you were a guest in her house, but your primary responsibility is to protect your daughter and you let her down. In trying to maintain your relationship (such as it is) with the aforementioned hostess, you betrayed your daughter. Our job is to have our kids’ backs, to be on their side, especially when they are attacked. Your job was to stand up for her right in the moment.

You can’t go back there but you need to express your heartfelt regrets and you need to make a decision never to allow yourself to be caught blindsided like that again, never to neglect to leap to your daughter’s defense and to remove her from a toxic situation. We, as parents, are far from perfect. We make constant mistakes. In order not to seriously damage our relationship with our children, we need to sincerely acknowledge those mistakes and make an all-out effort not to repeat them.

All is certainly not lost but your letter shows far too much concern for the hostess who is a bit player on this stage. She is essentially irrelevant. All that counts is your daughter and you need to work on repairing your relationship and on building her self-esteem. Is it possible that her height makes you uncomfortable also? And that when someone comments they are hitting a sore point? I hope not but if so, you need to get over it. As you said, your daughter is kind and sensitive. The Almighty has given you a gift of a beautiful young woman and it is His desire that she be tall. You need to just love her for who she is. I hope you are up to the task.

I Can No Longer Do It All

Dear Emuna: Enchanted by Christmas
Why My Iranian Mother Didn’t Want Me to Become a Religious Fanatic
The Jewish History of Prague
Why the Sexual Revolution was Bad for Women
Comments
MOST POPULAR IN Current Issues
Our privacy policy
Aish.com Is Looking for Great Writers