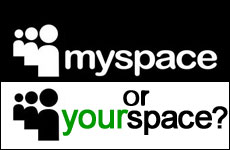 The phenomenon of Facebook, Twitter and MySpace has swept through our world like a (seemingly) benign tornado: uprooting traditional methods of communication and allowing people to connect. As the great Prophet Zuckerberg [1], hallowed be his Blackberry, has taught us, before the Facebook, people were islands unto themselves, but now they can connect and make friends. Amen.

On Facebook, you can make friends by just sending an invitation to someone and then, if they accept, they are your friend. Beautifully simple.

Last I checked I have 734 friends on Facebook. I've broken 700! I've made it socially! Who would have guessed that the bookish yeshiva student would one day be friends with Mosiuoa (a.k.a. 'Terror' [2]) Gerard Patrick Lekota, ex-Defence Minister of South Africa and enfant terrible of Nelson Mandela's African National Congress? But after the initial endorphin-high, product of a now very excited ex-hermit's endocrine system, I simmer down a bit and I think to myself, is 'Terror' really my friend? I could casually drop his name next time I bump into an arms dealer, but is that all there is to it? What does that mean, 'friend'? Yes, he can write on my wall, see my photos and download my videos, but is that friendship?

The Jewish nation began their life as a people in response to this question, "How do you turn a stranger into a friend?" We had been "strangers in the land of Egypt" – we had been "others," "those people," "them" -- and it was not pleasant. So the question of how we relate to some "other" person, some stranger, becomes critical for many reasons but none more important than that it informs how we connect to that Great Other, that Mysterious Stranger Who is so different from us, of whom even the angels ask, "Where is the place of His glory?"

Can God fit in our lives if there is no place for a stranger?

If we learn to relate to the human other, the Torah teaches us, we learn a little of how to relate to God, in His infinite otherness. If we can learn to become friends with a stranger, to banish his strangeness, draw close, and share souls, then perhaps we can lean how to gain some closeness with God as well.

How does the Torah suggest we "become friends"? Rabbi J.B. Soloveitchik [3] zt"l addresses these ideas poignantly in the compilation,Festival of Freedom, and presents an unbelievably inspiring Torah concept.

We all know that our internal biological mechanics are powered by instinct and in many ways we are indistinguishable from our hairier primate cousins. These bestial urges are some of the most powerful forces in the world, welded into our DNA, demanding urgent satisfaction immediately and they are always directed exclusively at my survival, my fitness, above all else. It is subconscious narcissism -- the claim that my genes, above all others, are the most important for the future of the world.

Against such a background, sharing any resources with a stranger (possibly a competitor) is sheer stupidity and myopia. Why help him? He's a loser and therefore I am a winner. It is a Zero Sum game. Again, beautifully simple.

The Torah says, yes, that way is simple, but it is also immoral, uncharitable, unholy, definitely not beautiful and in the end chaotically self-destructive and short-lived. When a human being chooses to wolf down his meal in the skulking privacy of his den, he is sentencing himself to become a wolf and transforming his food from the "bread of man" to the "bread of beast." When you eat on your own, you die on your own and you leave no legacy beyond your genes and bones. You are alone even if you are the life of the party and you never reach beyond your finite bubble.

On the other hand, the humble act of inviting a stranger to have a sandwich uplifts your meal, your body, your physicality and changes your bread from "the bread of man" to become "the bread of God." But how?

We learn that one of the first acts of God's creation [4] was to make a YourSpace for human beings -- a "place" where we could be welcomed into God's all-embracing intimacy but where He allows us to be different from Him. This space is what allows us our freedom of choice – a freedom to become more similar to God or the opposite, God forbid. But despite the fact that we are sustained by the Almighty, enwombed by Godly life-force, God does not coerce us to be identical to Him, rather, He makes "space" for us and welcomes us in, cares for us and provides for our difference.

So if we are striving to connect to God, to resemble Him [5], to have His presence in our lives, we need to emulate this action which is the primary act of Godliness in this world. We need to make space in our lives for an 'other'. We can start at the most animalistic level (although we should never be content to remain there) by asking if some stranger is hungry and inviting him in for a meal. As it says at the beginning of the Haggadah: 'This is the poor bread which our ancestors ate in Egypt. Whoever is hungry – let him come and eat. Whoever is needy – let him come and take part in Passover...'

Despite the fact that you could be a competitor, I will act as God does -- I will make a YourSpace for you.

It's a deceptively small act, for when we do this, we are actually making a YourSpace for the 'other' and we welcome his very difference into our lives: I am not hungry, but you are; I am not needy, but you are; and I have a space in my home for your body and in my soul for your hunger and for your needs even though they are not mine. And despite the fact that you could be a competitor, that you could choose to oppose me, I will act as God does; I will make a YourSpace for you, I will reach out to you, sustain you despite and because of that difference between us.

When we do this, we begin to imitate God's charity and grace; we find His voice echoing in our souls, and His desires, not our savage selfish burning bloodlusts, thrumming through our veins. That is the basis of real friendship.

And finally, that is where we find God -- where we least expected, not in MySpace, but in yours.

And that, is simply beautiful.

[1] Facebook founder.
[2] He got the name, 'Terror', supposedly due to his over-enthusiastic soccer tactics.
[3] Festival of Freedom, pp.1-34.
[4] Known as tzimtzum. This is a profound Kabbalistic concept beyond the scope of this article. See Rabbi Ari Kahn's exploration of this at http://www.aish.com/torahportion/moray/A_Blessing_and_a_Curse.asp .
[5] Our sages teach (see M'silat Y'sharim 1 and Derech Hashem 1:1-2) that the primary way to connect with Hashem is to emulate Him as closely as possible.
[6] Sh'mot 12:4

Rabbi Ramon Widmonte learned at Yeshivat Har Etzion and holds a degree in Mathematics and Computer Science. He currently lives with his wife Julie in Johannesburg, South Africa where they are involved in strengthening the connection of the Jewish community and especially young Jewish adults to God through Torah.

Exodus: What's the Big Deal?
What Makes Eli Run?
The Tyranny of Materialism
Science Enters the Mysterious Inner World of Consciousness
Comments
MOST POPULAR IN Spirituality
Our privacy policy

What Makes Eli Run?
The Tyranny of Materialism
Science Enters the Mysterious Inner World of Consciousness
BBQ Bourbon Cheese Kugel Recipe
Korach 5782: Visit to Lift the Spirit
That Time The Ivy League Found A Way To Limit Jewish Enrollment
Would You Rather Be Right or Happy?
Korach’s Unique Punishment
Who Was Josephus? The Controversial Backstory of the Famed Historian
Should I Break Up, Get Engaged or Keep Dating?
1 2 3 … 2,945 Next »