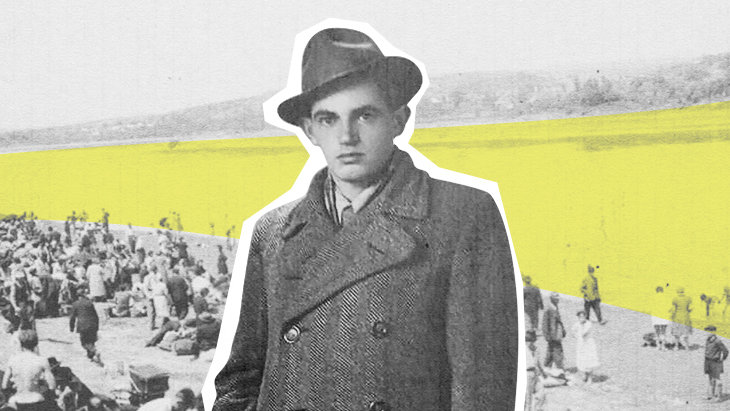 Yankel Wiesenfeld miraculously emerged from the Ukrainian hell with his life and faith intact.

In August 1941, Hitler granted a huge swath of conquered Ukrainian land to his close ally, Romanian dictator and raging anti-Semite, Ion Antonescu. The purpose of this little-known region was to serve as a dumping and killing ground for Romania’s Jewish population.

The area encompassed 16,000 square miles of freezing Ukrainian countryside bordered by the River Bug to the north and the River Dniester to the south. To access this vast land from Romania required crossing the Dniester, from where the area drew its name; Transnistria, meaning, “across the Dniester”.

Hundreds of thousands of Romanian Jews were forced to board barges to cross the river to their deaths. Transnistria was dotted with dozens of ghettos, labor camps, and death camps bearing names like Golta, Sarsgorod, and Mogilev-Podolsk. These camps were unlike the efficient death factories in Germany and Poland; the Romanians had none of the Germans’ organizational acumen. Jewish prisoners were not issued numbers or uniforms, and neither gas chambers nor crematoriums were erected. 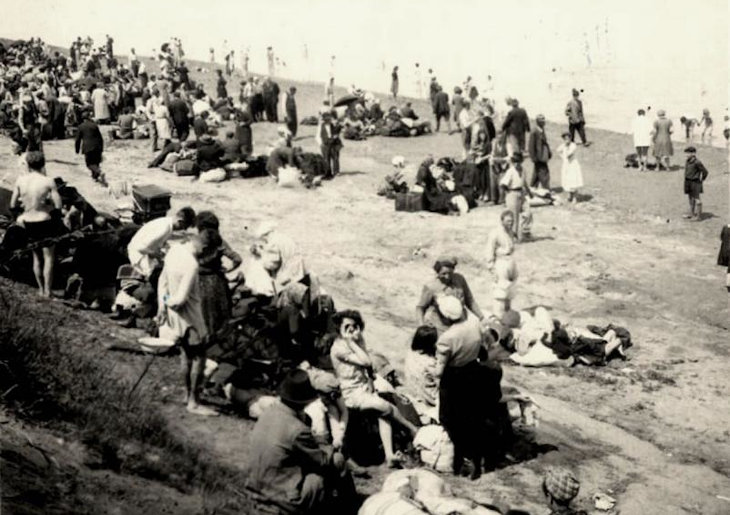 Jews gathered on the west bank of the Dniester River before their deportation to Transnistria on the east bank of the river, June 10, 1942 (Yad Vashem)

The Romanian approach to the final solution was to force death through cold, starvation, exposure, disease, and murder. Often, prisoners were not provided with any food or shelter whatsoever. Starvation was rampant and rape was a fact of life. With no way to replace rotted clothing, many prisoners were naked. Typhoid epidemics, freezing temperatures, forced marches, and firing squads ravaged the deported and local population.

My grandfather, Yankel Wiesenfeld, was deported to Transnistria in 1942, one month shy of his 19th birthday. He was born and raised in the Jewish Quarter of Czernowitz, a thriving town with a large Jewish community. Czernowitz was the principal city of Bukovina, a disputed territory wrested from the Romanians by the Soviet Union, only to be returned to Romanian control by the advancing Wehrmacht, the German army. The Gestapo promptly assumed control of Czernowitz, established a Jewish ghetto, and mandated that all Jews sew a yellow star to their clothing.

The Mayor of Czernowitz, Traian Popovici, was a rarity among Romanians: he was not a rabid Jew-hater. Popovici strove to shield the Jews of his town from deportation, but only succeeded in securing a small number of exemption permits for skilled tradesmen. Yankel, his parents, and his brothers, lacking the requisite wealth or connections, were not among the lucky few granted a “Popovici permit”. They were herded to the train station and crammed onto filthy railcars bound for Transnistria. 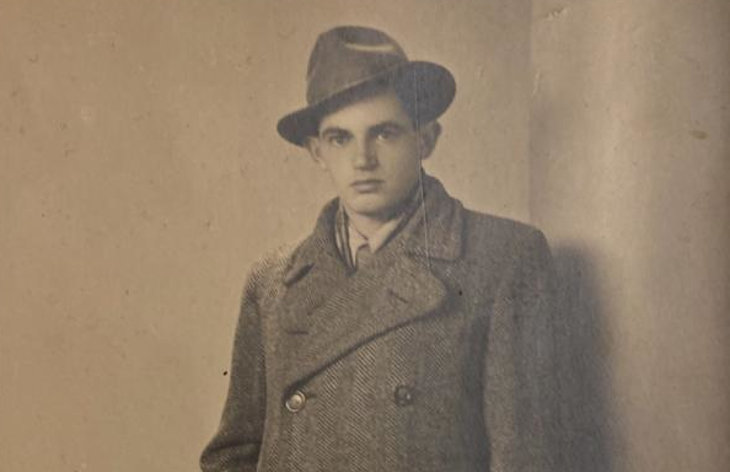 As Yankel watched his family and friends, one by one, succumb to Transnistria, he lost all hope of survival. Of the roughly 130,000 Jews from Czernowitz that were deported across the Dniester, only 10,000 made it out alive. Yankel himself did not understand why or how he was one of the lucky few. The fact that he emerged from the Ukrainian hell with not only his life but also his faith intact defies rational explanation.

On one occasion, Yankel and two companions managed to slip the guards to roam the countryside in search of food. They soon heard the terrifying sound of Romanian soldiers and their dogs hot on the trail. Amid a heavy snowfall, Yankel and his companions scaled a tree and hid among the branches. Their hunters, knowing that the starving fugitives were nearby, dropped potatoes in the snow, betting that the young men lacked the strength to withstand the temptation. They almost succeeded in luring Yankel to the ground – his companions had to forcibly hold him back.

Towards the end of the war in Ukraine, when liberation was imminent, the Romanian guards forced all the Jews in Yankel’s labor camp to dig a mass grave. The prisoners were lined up and shot at point-blank range, Yankel among them. When the Soviets arrived to liberate the region, Yankel’s comatose frame was hauled from the jumble of bodies by a local Jew living nearby under false papers. 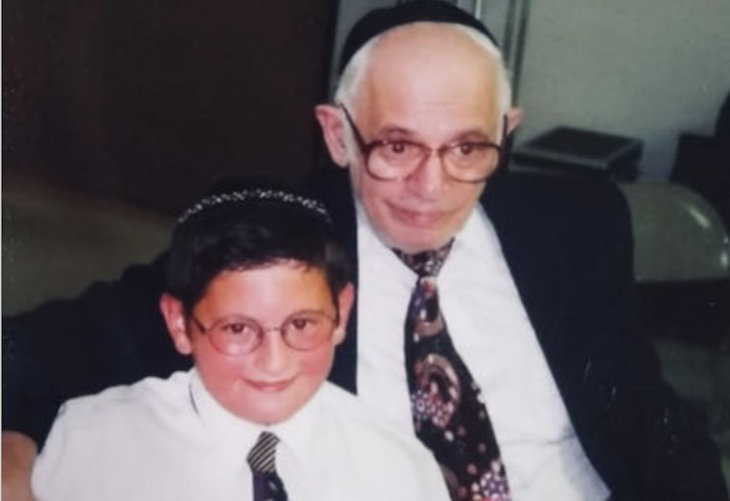 The author with his grandfather

The Soviets gave Yankel two months to recuperate and then sent him to the front to fight. After the war, Yankel made his way to the displaced persons camps of Italy, where he remained for two years. Failing to obtain entry to Israel, he was granted permission to emigrate to the United States. Yankel was processed at Ellis Island in 1948 at the age of 25, penniless and alone. Nevertheless, he succeeded in building a life and raising a family in the Jewish traditions of his youth. 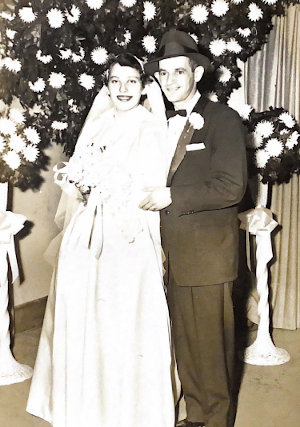 Annie and Yankel on their wedding day

Yankel borrowed a few hundred dollars, bought a pushcart, and went to work as a ragman on New York City’s Lower East Side. He worked tirelessly and was scrupulously honest, and eventually upgraded his pushcart to a station wagon, and then his station wagon to a shop. Ultimately, he bought the building where the shop was located. Yankel’s honesty was such that the IRS once audited his business and ended up writing him a check for $20,000.

Yankel began to do business with a Dutch Jew named Gustav van Dam, a veteran of the War who had been captured and tortured by the Japanese. Gustav introduced Yankel to his daughter, Annie, who herself had spent the war in a Japanese-run internment camp in Indonesia. Yankel and Annie soon married and moved into the top floor of a two-family home in Boro Park. Annie’s parents moved in downstairs.

Tragically, Annie contracted a brain tumor soon after the birth of her third child. After a decade-long battle with the disease, Annie passed away. Yankel never remarried.

Yankel passed away in 2007 when I was 18. I remember him as exceedingly private and withdrawn. Clearly haunted by his experiences in the Holocaust, he generally kept his memories to himself. In early 2016, while discussing the Holocaust with my sister, it occurred to me that we are the last generation to know survivors personally. In a sense, the Holocaust dies with us. I resolved to commit my grandfather’s story to paper for posterity. 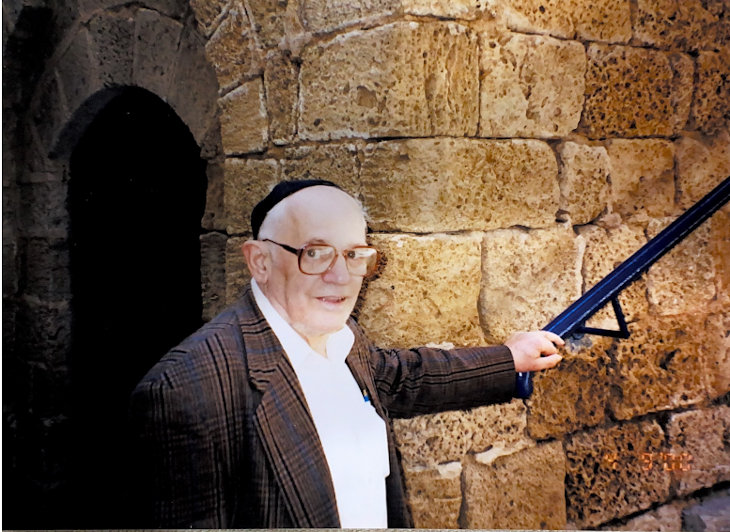 My grandfather rarely spoke about his wartime experiences, so it fell to me to track down old friends and relatives, documents and records, and books and videos in a multi-year effort to reconstruct my grandfather’s story. I hope The Man Across the River honors his memory and the memories of all those who perished in the Ukrainian killing fields.

The Man Across the River is available for order on Amazon and Barnes & Noble.

Zvi Wiesenfeld studied Political Science at Yeshiva University and Forensic Accounting at John Jay College. He works as a financial investigator and business writer in New York. He wrote 'The Man Across the River' to honor the memory of his grandfather, Holocaust survivor Jacob Wiesenfeld. He lives in New Jersey with his wife, Sara.