My Challenge in Overcoming Baseless Hatred 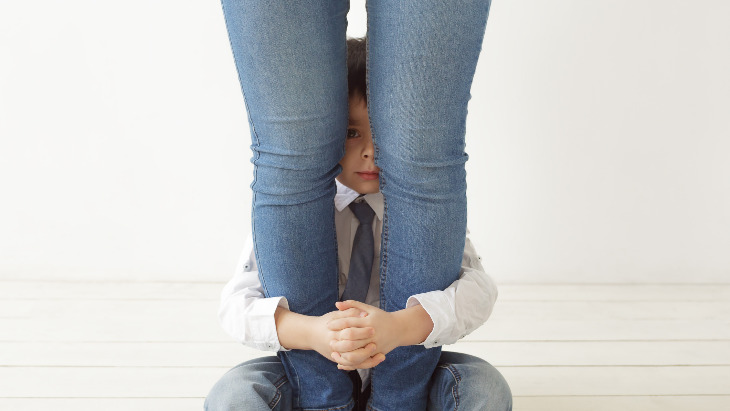 It's very hard for me to forgive anyone who has hurt my child.

We just finished the fast of Tisha B’Av, the mourning for the destruction of both the First and Second Temples and the distance from the Almighty that followed. We focused on the lack of clarity in our lives today that is the enduring result of these losses. The way forward is to learn from these traumas and correct our mistakes.

We may not have overcome all these desires and drives but we understand why they’re a problem. We want to eliminate them or at least tone them down. We can get with the program.

Some sources suggest that baseless hatred (the term baseless remains confusing) refers to all personal hatreds, all situations of dislike and tension between one individual Jew and another. We may not name it hatred, we may not consider it baseless, but it’s definitely something we've all experienced and something the Almighty abhors. (Righteous indignation, anger, even hatred on behalf of the Jewish people is a whole different story.)

When do we exhibit baseless hatred? When we are hurt, humiliated, angry, resentful, jealous. Our negative character traits lead us to feel animosity towards others. We are overly sensitive, we misunderstood, we didn’t judge favorably, we were angry, frustrated, impatient…And whatever their behavior, it is on us to overcome our destructive negative thoughts. And then to let it go, or perhaps have a conversation about it, but not to let it fester and indulge in these feelings.

I can accept this, even though some scenarios are very challenging. I can usually move on and forgive. I can usually demonstrate compassion and understanding.

I have a very tough time letting go when someone causes pain to one of my children.

But there is one area where I seem to fail this test any time it happens. And I suspect I’m not alone here. And that's when someone causes pain to one of my children.

It doesn’t happen all that frequently, but at different phases of life, my children have been hurt (by peers or by teachers), criticized, made to feel low and insignificant, or stupid and incompetent. They’ve been yelled at, sued out of spite, blamed for problems not of their own creating…I’m just skimming the surface here. I think most parents can add their own tale.

Sometimes the cruel party is another child. While initially painful, I do better there. They are, after all, just a child. They are still learning and growing. We cut them some slack for reacting without thinking. But the majority of cases that come to mind involve adults, people who, in my mind, should know better, people who should live up to the moniker of being the adults and behave accordingly.

In some way I can’t let go because the hurt wasn’t done to me directly; it’s therefore not up to me to forgive them. In some way I can’t let go because of the power differential; adults hurting children seems abusive and inappropriate however apparently justified in the moment. Without an apology I find it hard to move forward. I’m trying to because when I look around our world, it seems we are in desperate need of making the Almighty’s Presence more vivid and more accessible. But I’m a little stumped. I’m at a loss.

I’m going to work on it and not just accept it as an unchangeable status quo. It’s not going to be easy. But hopefully my efforts (and yours) will be enough. Because, frankly, I’m a little tired of this fasting business and I’d really like Tisha B’Av to be a holiday of joy next year!

Who Has Time to Stop to Appreciate?

Horse and Rider: Who’s Leading Whom?

You've Got a Friend
It Takes A Lot Of Faith To Be An Atheist
How Instagram Brought Back This Nostalgic Soup
What Makes Eli Run?
Comments