Learning from Kids who Play Together 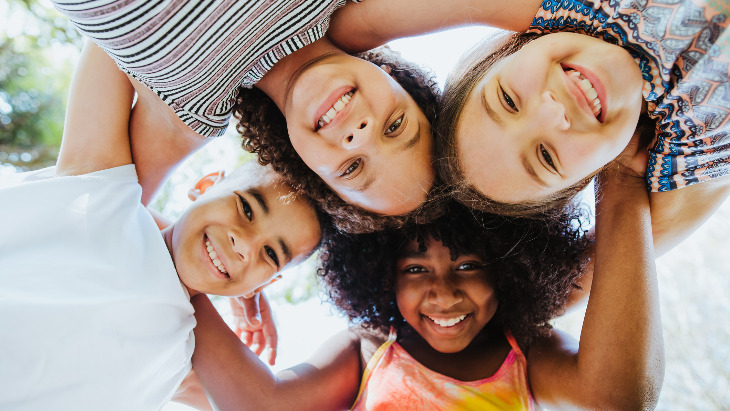 Children haven’t yet learned to worry about what others think of them and to put others in restrictive boxes with alienating labels.

Our children usually benefit from our wisdom and experience, and there are occasions when the tables are turned.

One obvious example is with respect to awe. Children are constantly amazed by the world around them and are always stopping to notice. They can spend endless moments watching the behavior of ants or other insects as we tap our feet impatiently. The world is continuously new and renewed to them – as it should be to us if we weren’t so busy and distracted.

Another example struck me over the past few weeks. We have some new neighbors who are renting the house next door for six weeks. They have three young children (9, 7 and 3). Last Shabbos some of my kids came to spend Shabbos with us along with their children. This week it was a different crew. Both weeks my (different) grandchildren spent many hours playing with the kids next door (even more time than they would spend exploring bugs!) – even though they had never met them before, even though they would probably never see them again, even though they knew nothing about them!

Kids don’t see black or white, or Ashkenazi or Sephardi or any of the other many distinctions that so frequently separate us as adults.

None of those details matter to children. They don’t see black or white, or Ashkenazi or Sephardi or any of the other many distinctions that so frequently separate us as adults. There is something so touching about their innocence, about their instant connection that doesn’t allow for any barriers.

It's something we can all learn and benefit from. They haven’t yet learned to be self-conscious, to worry about what others think of them, and, most importantly, to put others in restrictive boxes with alienating labels.

In every other child, they see a potential friend, someone to play and hang out with. They only see similarities.

It may sound simplistic. Of course, life is more complicated and issues can’t be resolved by a game of dodge ball, but we can learn from eagerness to connect, from their true blindness to any differences, from their expectations of good.

We have become too jaded, too judgmental. We don’t even give people a chance. It’s possible that if our “neighbors” actually became permanent the relationship would change. It could get more complicated. With more contact, maybe some personality differences would surface. Maybe the connection wouldn’t last. Maybe it’s the temporary nature of the situation that allowed the uninhibited play to flourish.

But it doesn’t really matter. Because the point is they gave them a chance. They didn’t come in with any prejudices. They didn’t have any pre-existing notions of who they would meet of what this person stands for or who or what they can’t tolerate.

And in today’s world that’s refreshing (unfortunately) – and something we can learn from our children!

Getting in the Purim Mood

It All Began with a Doormat!

How to Break the Monotonous Groundhog Day Cycle

My House Feels Like a 24-Hour Diner and I Love It
It Takes A Lot Of Faith To Be An Atheist
How Instagram Brought Back This Nostalgic Soup
What Makes Eli Run?
Comments