Lag B'Omer and the Power to Recreate 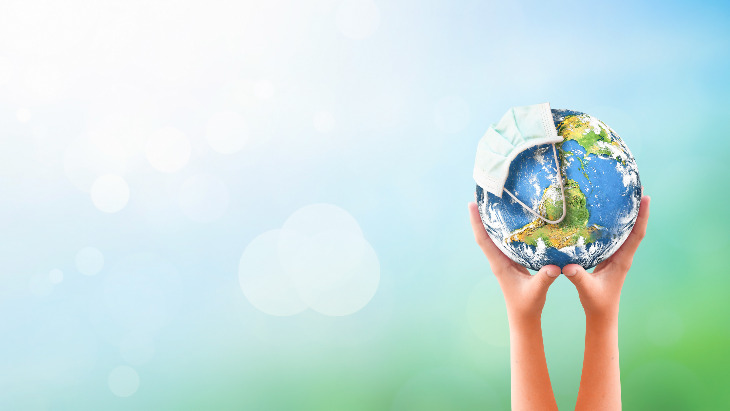 Every society on earth has been traumatized by this pandemic. The feeling of profound loss – in many forms – pervades our world. But as the remarkable vaccine roll-out continues apace, we can start to see the green shoots of hope and recovery. We can start to envision our lives returning to what we knew before this all began.

Now, as we begin the daunting challenge of rebuilding our lives, the question is – how do we make up the ground we’ve lost? How do we rebuild?

This week we celebrate Lag B’Omer. During the Omer, we remember the tragedy of the plague that struck down 24,000 students of Rabbi Akiva – one of the greatest sages of the Talmud. Rabbi Akiva was already an old man, but he had the courage to start again from the beginning. Lag B’Omer is the day he restarted his yeshiva with just five students – and it was those five students who rekindled the fire of Torah and restored it to the Jewish people.

On Lag B’Omer, the 33-day period of mourning is put on hold as we celebrate Rabbi Akiva’s heroism and tenacity and strength in the face of adversity.

Rav Yosef Dov Soloveitchik expands this mitzvah to include the act of creation itself. Just like God is the ultimate Creator, we, too, are creators. To create is deeply embedded in our souls, which are a reflection of the Divine. And just as God created the world, we, too, are called on to create the world; to bring into the world flourishing families and societies, to build institutions and infrastructure and make technological advances that move the world forward.

But it goes further. Rav Soloveitchik refers to what our sages of the Talmud teach in a midrash that before this world was created, there were many other worlds that God created and subsequently destroyed, and then rebuilt again.

From this midrash, says Rav Soloveitchik, we learn that there is not only a mitzvah to create, but also a mitzvah to re-create after a period of destruction; to rebuild after setbacks. We do so on a personal level and we do so on a national level, drawing on God’s own example.

It is this spirit of renewal and rededication that has animated so much of Jewish history. We have witnessed this particularly in the years since the Holocaust – through the miraculous re-creation of Jewish sovereignty in the land of Israel through our very own Jewish state, and the miraculous rebuilding of the great yeshivas after they were all but blotted out, such that today there are more people learning Torah than at any other time in our history. Together, these developments have led to a rebirth of Jewish life worldwide.

And this is the message of Lag B’Omer, of Rabbi Akiva – who, against all odds, rebuilt Torah, and with it, the Jewish people. On this day, we celebrate the light of Torah – the sacred tradition and Divine values that give life to the Jewish people.

The Heart-Rending Cry: How to Mourn for Something that Happened 2000 Years Ago
Olivia Newton John’s Grandfather was a Nobel-Prize Winning Jewish Physicist
Don’t Believe in Other Gods Versus God is One
Seeing Without Eyes
Comments
MOST POPULAR IN Israel
Our privacy policy
Aish.com Is Looking for Great Writers