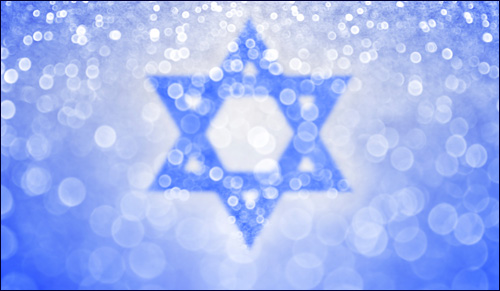 A few things I know in an uncertain time.

When our kids were young we would take them to Israel every summer. If I’m not mistaken we had three of them in diapers at one time on one of those trips. El Al, Israel’s national carrier, has these brilliant little basinets, mini hammocks really, that connect to the wall in the exit row seats. When one of my daughters was very tiny, she flew from LA to Tel Aviv in that thing, sucking her thumb, and rocking quietly at 37 thousand feet.

Now our kids are grown and out of the house, three in New York and one away at school. When it came time to decide on a vacation destination this year we wanted a place we could all be together. It’s rare when each of us has a simultaneous open schedule, and it wasn’t hard to pick Israel as a destination. It has a nostalgic appeal for us as a family, there are plenty of kosher restaurants, and while we’ve been there many times, it’s always inspiring on some inexplicable spiritual level. As foreign as it is – and believe me, Israel is a whole other world – being there has always felt a bit like coming home.

You might say we’re an intrepid bunch. We vacationed in Israel even in 2001, 2002, and in 2003, at the height of the suicide bombings, at a time when buses and pizza parlors were blowing up daily. Now, you might ask why someone in their right mind would bring their family to a place so dangerous. A fair question I suppose. The thing is, even in those so-called dangerous times, I never felt safer then when I was walking the streets of Jerusalem. I certainly felt safer there than I did in New York or London. Even today, in spite of a rash of car-rammings, (sadly, a brand new phrase had to be coined for that one) knife attacks, and shootings, Jerusalem is still among the safest large cities in the world. 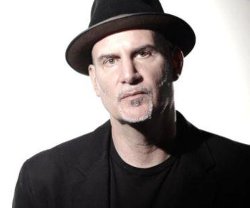 But yesterday, as I sat in the Las Vegas airport and read about a guy who drove his car into a throng of innocent people in central Jerusalem, badly injuring fourteen of them – including a sixty-five year old woman and a toddler, barely one and a half years old – I am for the first time ever, considering postponing one of our trips to Israel.

Perhaps it’s age that’s taken some of the fight out of me. Maybe it’s that my children are now fully grown and entirely capable of making their own decisions about their safety. Maybe I’m just overwhelmed by uncertainty in general these days. But there are some things I am still completely sure of. Here’s one: two weeks ago, when I watched a video of a pair of teenage girls, one sixteen and one fourteen, on a stabbing spree in the middle of Jerusalem, I am sure we as a species, have reached a point of pure insanity.

Children are taught that they will receive praise from their parents and communities for stabbing Jewish men and women, and for ramming their cars into blameless passersby.

I am sure that when nothing is done to stop the systematic hatred that’s been spoon-fed to an entire population, hatred that depicts Jews as monkeys, Jews as Nazis, Jews as the cause of all that is wrong in the world, Jews as targets for every form of animus, and every manner of violence, I am sure that we have descended again, into a nightmare world where good and evil have become irreversibly mixed, irrevocably obfuscated.

I am sure that when children are taught from the youngest age, that they will receive praise and attention from their parents and their communities for stabbing old Jewish men and women, when they learn that they will be accepted with open arms for ramming their cars into blameless passersby; I am sure that a certain corner of the world at least, is drowning in an whirlpool of abhorrent cynicism, from which escape may well be impossible. But more than this, I am sure that the world’s insistence, that the innocent of Israel, specifically, its Jewish inhabitants, are somehow to blame for this madness, stuns me to the core.

When Paris is attacked, the world responds with its appropriately heartfelt condolences, when New York was attacked, the world responded with empathic gestures, when San Bernardino, California recently became the unlikely site of the most deadly attack on American soil since 911, the world was again, rightly shocked. When Mali was attacked, and Beirut, and Baghdad, (the list goes on) although no one seemed to care – which is a tragedy unto itself – if you took the time to notice, neither the Malians nor the Iraqis were blamed, as the Israelis have been. I am sure as well, that this is a crucial and painful distinction, one, which is noted with far too little frequency.

The Israelis have been blamed for mouthing secret prayers into their iPhones on the Temple Mount; they’ve been blamed for defending themselves, blamed for establishing the sole democracy in a region with a too-strong taste for bloodshed, tribalism, and Medievalism.

If back at the turn of the last century, one might have wondered what would happen if a few million Jews were to create a country of their own, could anyone have guessed that they would create one of the most technologically, artistically, and spiritually advanced nations on the face of the Earth? Could they have guessed too, that it would all take place in some sixty years, less than the blink of an eye in historical terms?

I am sure of this as well. Israel builds and thrives, all the while struggling to defend itself from enemies sworn to its destruction.

I am sure of this as well. Israel builds. Israel thrives. Israel has created some of the most advanced technology on the face of the planet. It offers the entire world cutting edge medicines, advances in agriculture, innovative projects in renewable energy, aeronautics, and water reclamation; along with a mind-bogglingly disproportionate number of prize-winning authors, filmmakers, and musicians, all the while struggling to defend itself from enemies sworn to its destruction.

The world is on its head again. But when I lay down to sleep at night I am heartened by this one fact. I am on the side of the builders and the doers, the seekers of progress and creativity. I am steadfastly in league with a people who takes responsibility for their own success and happiness – rather than with the destroyers, people who run through the world like feral children, looking always to blame, rather than to take initiative.

Of this I am sure. 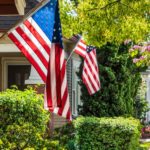