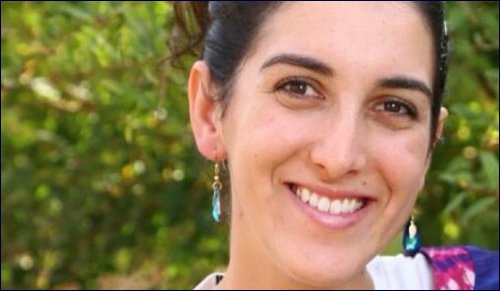 Israel is mourning this week for two of its perfectly innocent young people in their 20’s, both of whom were stabbed by terrorists in two separate incidents on Monday.

Dahlia Lemkus, a 26 year old child therapist, was killed while waiting for a bus in Gush Etzion. Another terrorist attack took place that day at a Tel Aviv train station, killing Almog Shiloni, age 20. As they were laid to rest on Tuesday, the pain in Israel was palpable. The murders come on the heels of various similar attacks in the Jerusalem area, in which “loner” terrorists attacked pedestrians with cars, knives, and hand pistols.

Whereas most violence over the last ten years had been limited to the areas surrounding Gaza and the North during the 2006 war with Hezbollah, these attacks are a flashback to the days of the intifada, the Arab uprising, when Israelis lived in constant fear of terrorist attacks on buses, malls and every day destinations. Government officials have said that the recent upsurge in attacks do not indicate a popular uprising. But there is no question that Israelis living in Jerusalem are living with a greater unease. 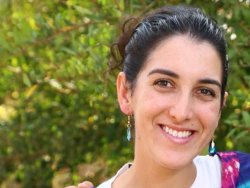 The Israeli public has gotten to know the two victims and their families very quickly. Dahlia was known for baking delicious cakes for parties and for helping brides with their make up on their wedding days. Dahlia’s father drives Tekoa’s ambulance as a volunteer, and Dahlia would babysit any children on the occasion that their parents had to rush to the hospital.

“Dahlia did a lot of charity work. A lot. She made beautiful art with oil painting and acrylic,” Liora Bedein, a close friend of Dahlia’s, told Aish.com. “She was a beautiful person. Everyone who knew her knows she just loved to give and do good. She was very special.”

The mother of one of Dahlia’s patients echoed that sentiment. “She was a truly amazing young woman. She made so much progress with the kids,” Avital Trebelsky told Aish.com. “She loved the children as if they were her own.” Dahlia made the 2-hour trip from Tekoa to Sderot on a weekly basis to work with Avital’s 4-year-old daughter with special needs.

Almog Shiloni was a twin. He had been with his girlfriend for two and a half years, and according to his brother, planned to marry her. He was talking to her on the phone when he was stabbed by an Arab terrorist.

Israel’s tight-knit nature breeds a certain identification with the victims. Many Israelis remember standing at that train stop in their army uniform, just like Almog. Those shared experiences make Almog and Dahlia more than a statistic. The Jewish nation is mourning alongside the families. For every murder there is a ripple effect, hurting all of those associated with the victim and the attack.

Statistics, as are often presented in the international media, do not capture that. Statistics cannot put a reader in the shoes of the man who gave the hitchhiking Dahlia the last ride of her life. He dropped her off at the bus stop only a few minutes before the attack. One can only wonder how he feels.

The media does not capture the feeling of the community of Tekoa, which is going through this for a second time. Twelve years ago, 14-year-old Koby Mandell was kidnapped and murdered by terrorists. He was strikingly similar to Dahlia. They were the same age. Both were children of English speaking immigrants. Both were from Tekoa. Their families know each other. One can only imagine the horror of a community living through that again.

The mood in Gush Etzion, where Tekoa is located, was captured at a Monday night vigil. One resident told Aish.com, “There is crying. There are no chants of ‘death to the terrorist’ or anything like that. It’s sadness.”

Indeed, the recent attacks, all committed with cars and knives, have revealed a certain chink in the armor of Israeli security. It seems that if anyone can be attacked with everyday items, the crisis will be difficult to solve.

It is worth noting, however, that there was heroism displayed on Monday as well. Both attacks were stopped by bystanders, albeit too late. The Tel Aviv attacker was punched in the face by a 50 year old man, while the Gush Etzion attacker was wrestled by one man, and then shot and wounded by a volunteer security guard. While nobody is in the mood to celebrate the heroes who prevented further damage, they are indicative of the strength of a society that looks out for its own.

The Jeep
Bechukotai 5782: Divine Retribution
Behar 5782: Working to Live or Living to Work?
The Wholeness of Being Broken
Comments
MOST POPULAR IN Israel Diary
Our privacy policy