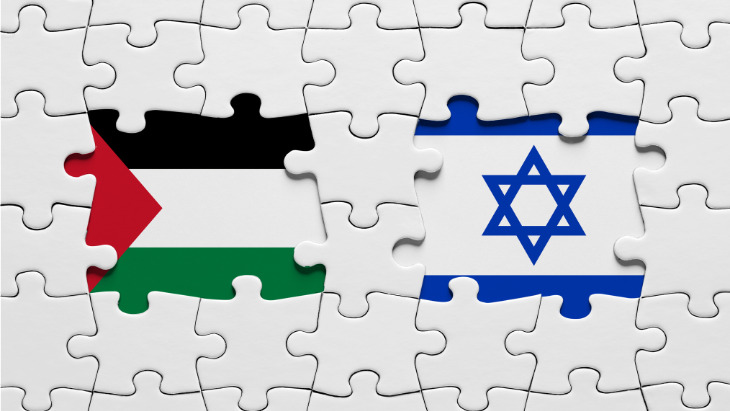 Defending Israel on a playing field created by its enemies is a foolhardy game.

Playing a land sport on an ice surface is a ludicrous proposition. It’s dangerous and not likely to yield good results. But this is exactly the situation that the pro-Israel narrative faces on the world stage. Today defenders of Israel are confronted by a powerful “intersectional” narrative. It’s a viewpoint, however, which not only condemns Israel’s actions but also attacks Jews everywhere. The intersectional view sets the playing field.

The field is rigged. According to the intersectionalists, the facts are clear. The Palestinians are victims. The Israelis are colonial invaders, having seized land from the rightful occupants and backed by imperialist powers such as the United States and the United Kingdom. The West Bank is said to be “the occupied West Bank” as if Israel had just taken over this territory in its quest for enlargement. Israel is condemned as an apartheid society that sets apart and oppresses a Palestinian minority. Moreover, intersectionalists say, Israel has no right to exist. As the Palestinian slogan goes, “from the river to the sea, Palestine will be free.”  These views are chanted on the streets of the world and the refrain is widespread, especially on social media.

But intersectionalism doesn’t just stop with criticism of Israel’s policies or its complete eradication. Anti-Israel and anti-Zionist views easily and angrily spill over into anti-Jew venom. This is evident in the many global protests by those touting an anti-Israel perspective. Jews should be killed; Hitler wasn’t sufficiently thorough; Jewish women should be raped. All these terrible sentiments are on hateful display. The anti-Israel crowd has bought into a huge package deal with a lot of baggage and ramifications.

As intersectional, the anti-Israel pro-Palestinian narrative garners supporters from other movements where people feel oppressed. Movements such as BLM and LGBTQ gravitate to a pro-Palestinian viewpoint, sharing in a sense of injustice. That’s the intersection: victimhood. These victim causes are linked as common causes, whereas in fact the movements are very different.

Tying all victim causes to an anti-Israel stance comes with strange comrades. It links pro-Palestinian, anti-Israel and anti-Jewish sentiments with support for the terrorist organization Hamas which calls for the destruction of Israel, as well as creating an alignment with Iran and its quest for power in the Middle East.

In the case of LBGTQ, adopting an anti-Israel stance is curiously suicidal. Israel, unlike Gaza for instance, accepts LGBTQ persons and hosts Pride parades. In many Arab countries, being LGBTQ would result in a death sentence or prolonged imprisonment. In Israel, gays, lesbians, women and minority religious members are protected by law. Not so in almost all Muslim countries. Try being a Jew in Saudi Arabia…or Syria…or Gaza, for instance. How many synagogues are there in Gaza or the West Bank for that matter, whereas there are at least 20 mosques in Israel and dozens of churches of all denominations.

The problem is this: the pro-Israel narrative is playing on the wrong field. The anti-Israel narrative lays out the geography of colonization, occupation and suppression and it labels the players right from the outset.

Perhaps it is time to reverse the narrative and create a new conceptual arena. This involves changing terminology.

For one thing, the word “antisemitism” doesn’t punch out the full impact of the hateful attitude antisemites bring to the table. Many people simply do not know what the word means or they fail to recognize when they are being antisemitic. Jews must die; too bad Hitler didn’t succeed; Israel has no right to exist; Jews have all the money; Jews are all powerful; Jews control the media; etc. These antisemitic slogans are visceral charges. Their intent is to harm.

They hurt, wrong though they may be. As the only people who suffered one-third of its entire population killed in the 1940s, the idea that the Jews are all powerful and stand behind the forces of history is just ludicrous. The idea that Jews control everything is also ridiculous when virtually all Jews today do not live in the same area as their grandfathers, and all Jewish institutions (synagogues, Yeshivas, universities) had to relocate from Europe to North America and Israel. No other community has been faced these seismic shifts. No other community had to absorb 750,000 people expelled from Arab lands in the late 1940s, not to mention those taken in from the former Soviet Union and from Ethiopia.

The word “antisemitism” is far too academic and antiseptic to convey the forcefulness of the attack.

The correct phrase should be “Jew-hatred” and it should replace antisemitism in our vocabulary.  That label places the focus as hatred of a people, either individually or collectively. It includes hatred of Jews for whatever reason — religion, ethnicity or national identity. It is the Jew who is targeted, not just Israel and not just Israelis.

Criticism of Israeli government policies is fair game – the Israeli media do it all the time as do opposition members of the Knesset. That is to be expected in a democratic society. Criticism becomes Jew-hatred, however, when the attitude shifts from policy discussions to a focus on Jewish people, associating Jews with some perceived negative trait. “They” become “the other.” And here there are familiar tropes: Jews as all-powerful, controlling the media as well as world events; Jews as wealthy, having all the money; Jews as sponsoring a secret society bent on world domination; and so on.

The pro-Israel narrative should also emphasize that the Jews are the indigenous people of the land and have been so for 3500 years at least. There have been times when attempts were made to dislodge Jews from Israel, as in Roman times after the Bar-Kochba revolt and again in the 7th century with the Arab invasion of the area. The crusades of the 11th – 13th centuries achieved minimal long-term results in trying to overthrow the Arab invaders and consequently the Arab population in the region grew. The Arabs, however, are the true colonial invaders of the land. They are the newcomers. The Jews constitute the Indigenous peoples.

The Muslim attempt to erase Jewish history, from First Temple through Second Temple times especially, is a total failure in light of Israeli archeology and biblical writings from both Jewish as well as Christian sources. Jews are the people of the land and have had a continuous presence in the area. The Balfour Declaration recognized this and the UN resolution creating a Jewish state and an Arab one in 1948 also affirmed this.

The pro-Israel narrative should build upon the United Nations Declaration on the Rights of Indigenous Peoples (UNDRIP) of 2007 and form alliances with other Indigenous peoples throughout the world.

It is important to recognize that Palestinians do need help. They have suffered and their leadership pursues self-defeating strategies. There are many joint Palestinian-Israeli ventures in Judaea and Samaria to help Palestinians form a self-sufficient state with a middle class entrepreneurial class. The Palestinians in Gaza are more difficult to assist, with Hamas diverting funds to build the infrastructure of war – rockets and tunnels — instead of responding to urgent humanitarian needs such as roads, hospitals, schools and community centers. Gaza under Hamas shows little evidence of being interested in co-existence with Israel, let alone peace. Palestinians in Syria and Jordan also require help, but, so far, the international community has paid scant attention to their plight.

It’s time to reverse the narrative and create a new playing field.

An award-winning educator, Barrie Wilson, PhD, is Professor Emeritus & Senior Scholar, Religious Studies, York University, Toronto. An investigative historian, he specializes in Early Christianity. Wilson’s new book examines the biblical concept of messiah. Searching for the Messiah (NY: Pegasus/Simon&Schuster) – has been released to rave reviews from scholars in the U.S.A., Canada and Israel. Previous books include How Jesus Became Christian (2008) awarded the Tanenbaum Prize for History at the Canadian Jewish Book Awards (2009) and The Lost Gospel (2014) co-authored with the Emmy-award winning Canadian-Israeli film director and producer Simcha Jacobovici. Wilson is a member of Beth-Tzedec Congregation, Toronto.

Jerusalem and the U.S. Administration

Differentiating between Demonizing and Critiquing Israel

Is Zionism a Form of Colonialism?
It Takes A Lot Of Faith To Be An Atheist
How Instagram Brought Back This Nostalgic Soup
What Makes Eli Run?
Comments
MOST POPULAR IN Israel
Our privacy policy