Hockey Heroics and the Omer 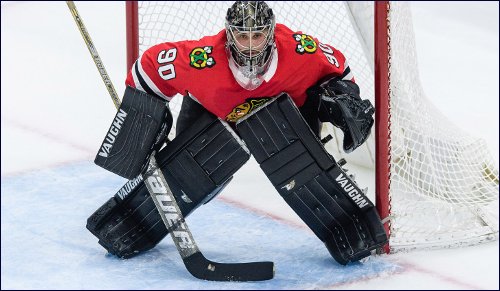 Preparing for the big moment is the key to victory.

One evening last week, after finishing his workday as an accountant, Scott Foster headed over to the Chicago Blackhawks hockey game to fulfill his duties as EBUG – emergency backup goalie. This arcane NHL rule accounts for the near-impossibility that a team suffers injuries to both its goaltenders. Foster, a 36-year-old who plays in a local recreational league and volunteers as an EBUG a dozen times each year, usually watches the game from the press box, has a bite to eat, and heads home.

But that night was different. Blackhawks starting goalie Anton Forsberg was injured just prior to faceoff, and then – with 14 minutes left in the game – the Blackhawks second goalie Collin Delia went down with an injury. Scott Foster took the ice as "emergency goaltender," despite the fact that he hadn't played competitive hockey since college, and his professional experience was... zero.

One would expect the opposing team to easily take advantage of such weakness. Yet Foster exceeded all expectations. He summoned his innate talent and years of humbly honing his skills and stopped every shot that came at him, securing Chicago's victory, and winning the game's first-star award.

In the process, Scott Foster became an instant NHL legend.

Millennia ago in Egypt, the Jewish people were lowly slaves, on the 49th level of negative spiritual energy. From all appearances, there was little hope for our future. Then, in the wake of 10 mighty plagues, they gained freedom Egypt and spent the next 49 days travelling through the desert.

So imagine everyone's surprise, when the Jewish people stood at Mount Sinai and achieved national revelation, the pinnacle spiritual experience.

How did this downtrodden nation – victims of decades of genocidal abuse – suddenly reach a level unparalleled in human history?

The answer is that during those 49 days, the Jews were not just "wandering the desert." They were counting the Omer, quietly and steadily working up 49 levels of the spiritual ladder in preparation for the big event. 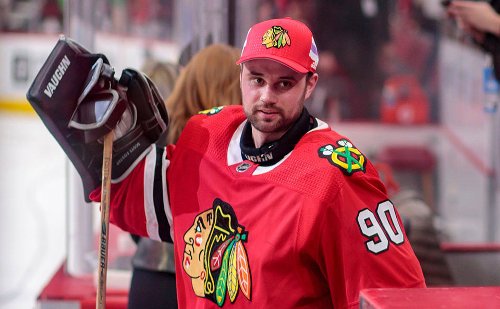 This is the nature of a challenge – nisayon in Hebrew, which stems from the root nes – a flag or a banner. Every challenge in life is an opportunity to step up and achieve greatness. Should we emerge from the challenge victorious, it's as if a banner is raised – revealing to all the potential previously hidden within.

At Sinai, the Jewish people bridged the chasm between negative-49 to positive-49, achieving the highest degree of human euphoria.

Pursuit of the Dream

So it is for us today during the annual 49-day Omer period. We explore a new aspect of character development each day, leading inexorably to the holiday of Shavuot that commemorates Sinai.

This process mirrors the process of personal growth as well. Just as every child passes through stages of development, so too life is a long journey toward our chosen destiny. Like a champion weight-lifter, we build ourselves gradually.

The first step is to clarify your destination. What are the goals you are passionately dedicated to accomplishing? What is your plan to make that happen? With consistent focus and dedication, victory can happen.

That's why it's so important to take pleasure in our accomplishments. When we appreciate the progress we've already made, it provides motivation for the long haul.

The Talmud says that in one moment a person can reach the pinnacle of existence. Yet that's only how it superficially appears. The Omer teaches us that human potential simmers under the surface. We set our life on proper course, and when the opportunity arises – after consistent stages of preparation – we eagerly step forward and raise the banner of victory.

Aish.com joins in mourning the 15 junior hockey players killed in a bus crash on Saturday in Saskatchewan, Canada.

Tony Robbin's Secret to Happiness
Blocked Goals and Anger
Why the Mezuzah is Placed on a Slant
Faith: the Axis Upon Which the Wheel of Science Turns
Comments
MOST POPULAR IN Spirituality
Our privacy policy