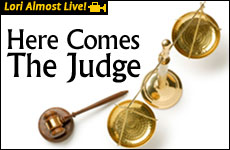 If it's our Day of Judgment, why are we so happy?

Stranded by Friends Getting Married

Why I Don't Live In Israel

First Day On the Job

Look What I Did
Scientific Curiosity and the Divine Encounter
Mind Over Milkshakes
Love the Convert
Comments
MOST POPULAR IN Spirituality
Our privacy policy
Aish.com Is Looking for Great Writers