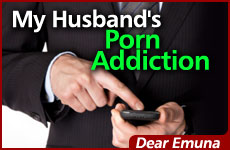 I feel like I have been stabbed in the heart. I can't trust him and I don't know what to do.

I recently discovered some inappropriate sites on my husband's smart phone. I might have looked passed it had it been a one-time distraction, but I felt insecure and I looked at the history on his phone. He had been visiting this site for quite some time and these images must now be imbedded in his head. I am unable to look at him the same way as before.

I confronted him on the issue. He began with denial, but after I told him of my solid proof he could no longer deny it. He became embarrassed, upset and angry, telling me that I am too sensitive. He comes from a less than nice background, involving numerous women and drugs, and I think they are creeping slowing into our marriage. He tried using the defense of the incredibly difficult time men have with this drive and he expressed that he is embarrassed and is trying to fix it.

Don’t! There is definitely hope, lots of hope – as long as your husband is sincerely trying to address and change the situation. I’m not in any way trying to diminish this (I know it’s different than forgetting an anniversary) but everyone makes mistakes. The key to a successful marriage – and a successful life for that matter – is not never erring. It’s how you cope with the mistake. It’s acknowledging the flaw. It’s making a real and sincere effort to change.

Since I don’t know your husband, I can’t comment on the impact of his background but, unfortunately, the easy access to these images has led many men, even with more pristine backgrounds, to stumble.

Let’s give your husband the benefit of the doubt and assume that his initial response of blaming it on the power of his physical desire was just a knee-jerk defensive reaction. Yes, all men have strong drives – but the truth is that truly being a man frequently means NOT acting on them.

It as nothing to do with your desirability or attractiveness. It's part of the hardwiring of men and it must be controlled.

Perhaps he was trying to suggest that it wasn’t personal. He’s right about that. Pay attention here. Hard as it is to swallow, it as nothing to do with your desirability or attractiveness. This is a crucial point to recognize. It is part of the hardwiring of men and it must be controlled. That’s why the Torah imposes so many safeguards on the relationships between men and women. That's why there are so many fences and such limited contact. That’s which the beach in LA is not a good summertime activity. It’s not about you or your physical appeal. It’s not about his caring for you or his commitment to you. But it is a problem.

And if he is sincere about trying to fix it, he can’t do it by himself. He needs to see a therapist who specializes in these kinds of issues. He cannot do it alone. Note the repetition. I do believe that the seriousness of the effort is evidenced by the willingness to seek help. Yes, he’s humiliated and embarrassed. But this issue must be addressed – for his own sake and for the sake of your marriage.

Because this problem is extremely common, there are many resources available to deal with it. Do the research in your community to find a competent therapist and other support systems. There is also the website Guard Your Eyes which has helped a number of people.

Issues like this don’t disappear overnight. You may have a long haul ahead. You may need to derive strength from your strong sense of the commitment you made under the chupah – to the marriage and to this person. But there is definitely hope. As long as you are both ready to do the heavy lifting.

My wife and I have been together intimately only a few times in the last couple of years. She says I need to go to counseling. Her list is endless; she is always correcting me in some way. She can be pretty cruel with her words and then act like nothing happened. I do try to be the best I can. I’m not sure what I’m missing. We have been married 33 years have two grown children and five grandkids. She also corrects them constantly. Not sure how much more I can take. Any advice?

You don’t specify that connection between your infrequent intimacy and your wife’s constant criticism but I suspect that is what you are saying. Her frequent attacks on you impact your ability to get close to her – in all respects. That is certainly painful. But 33 years is a long time to throw away and my guess is that your wife has no idea how desperate you feel. She is so used to that way of being that she has lost touch with the damage it does to all her relationships.

I think your best bet is to try to talk to her – in a loving way, when you’re not feeling frustrated or angry or hurt. See if you can access those feelings of caring you have for her and communicate out of that place of depth and emotion.

“I love you.” “I value our relationship.” “Our family is important to me.” And “It hurts me when you speak to me like that.” “I think it’s painful for the children when you criticize them.” “I’m doing my best to change; please help me with positive comments instead of negative ones.”

I hope this will help. You’ve allowed it to exist for a long time. But I believe your wife doesn’t realize the depth of your frustration or the potential horrific consequences. You need to give her that information and a chance to change and make amends. You owe her that much after 33 years. 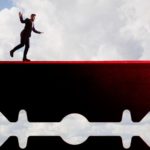 Not In Control2 min read 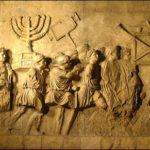 The 9th of Av in Rome3 min read 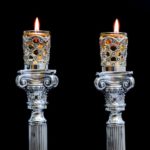 Help! My Spouse Is Becoming More Religious Than Me!5 min read

Going Up to Israel3 min read 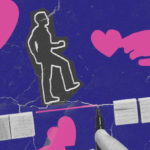