An encounter with the Unknowables: faith, prayer, and a Force beyond the self.

After a concert my band and I had performed in Chicago, in the winter of 2015, I spent the night at my friend Lou’s house so that I could be close to O’Hare airport. My intention was to leave at the crack of dawn and catch the first flight back home to Los Angeles.

At the time, I’d been coping with a rare ear disorder called idiopathic intratympanic sudden hearing loss (try saying that three times fast!). Just past midnight I experienced a terrible bout of vertigo. The room was spinning so severely that I felt as though I were strapped to a jet-powered merry-go-round. I was feverish and “desperate to use the bathroom,” but the vertigo was so bad that I couldn’t take a single step.

There was no choice left for me except to literally crawl like an infant down the hallway in my sweat-drenched T-shirt. Normally reluctant to ask for help, I was now pleading for it just outside Lou’s bedroom door.

Before long, Lou stumbled out the door in his pajamas, walked me down the hallway, and sat me down on the toilet. When I felt I was able to stand, Lou guided me back through the hallway to his eleven-year-old son’s room, where I proceeded to convalesce for more than 24 hours under the Thomas the Train comforter that adorned his son’s bed. The poor kid, half asleep, had been exiled to his sister’s room while the world turned in frenzied circles around me.

At 4:30 in the morning, in the darkness and steadily chilling air of a burgeoning midwestern snowstorm, Lou’s wife, Amy, still in her pajamas, got on her hat, her parka, and her snow boots and headed out to the street. As Lou watched over me, Amy shoveled out the family minivan and headed off to CVS for some mint tea, a box of crackers, and a family-size bottle of Antivert. As I languished in Lou’s son’s room, Lou held a straw to my lips so I could take a swallow of water. Later he called my wife to let her know I was too vertiginous to make my 6:00 a.m. flight.

When Amy returned, she held a wet compress to my forehead and asked if I’d like her to pray for me. “Please do,” I said. “Say anything.”

She intoned what I took to be an improvised prayer. And because Amy cared—truly cared—her beautiful invocation helped me more than I could have possibly imagined it would.

One of the issues many of us have with prayer is its formality. We often think, mistakenly, that there is a time for everyday activities and a time for prayerful activities, and that the two should never intertwine. Worse yet, many of us have been conditioned to think that there always needs to be a special place for prayer—a mosque, for example, or a church, synagogue, or temple. The problem with this is that it compartmentalizes our conception of prayer.

We think: “Prayer is good here, but not there; it’s good in special circumstances, but not in mundane ones.” That’s how prayer ceases to feel meaningful. And for a thing to be truly meaningful it needs to be truthful in every circumstance.

It’s one thing to be open to asking for and receiving help from a fellow human being. It’s another thing to be open to asking for help from God. And fundamental to this latter kind of openness is prayer. You hear the word “prayer” in song lyrics, on television shows, and in hushed waiting rooms. We hear it so often that it’s sometimes hard to recall exactly what prayer is.

There are many motivations for prayer, but for now, let’s focus on just one of them: The longing of a human being to connect with a Force beyond oneself. It’s in seeking a connection with that higher Force that we fulfill, what scholars of mysticism call the primary will of God, which is to relate to us and to give to us. (And of course, if you don’t “believe” in God, you may have a difficult time with where I’m headed… but please give it a try.)

It’s in seeking a connection with that higher Force that we fulfill, what scholars of mysticism call the primary will of God, which is to relate to us and to give to us.

In the Kabbalistic tradition we learn that it was from an infinite and unknowable desire to bestow goodness that God created the world from utter nothingness. Aside from the inability of any human being to conceive of “nothingness;” the idea of God desiring to bestow good, is itself, a very challenging notion. What kind of “desire” could God have? And how do we process the idea that God has any characteristics that we could possibly relate to? One, admittedly, strange way of looking at this, is to think of humans as having a semblance of Godly characteristics instead of trying to imagine that God has human characteristics.

It’s crucial to point out that I’m speaking about metaphors here. There is no physical property to God, nor is there any property or characteristics that can be rightfully ascribed to God. As a means of understanding what little we possibly can about God, it may be helpful to see things from a sort of inverse position, as I began to explain above.

For example, many of us would find it ridiculous to suggest that when we read about the “hand of God” in the Bible, the phrase is referring to an actual hand. But what if we inverted things and considered the possibility that our hands, our physical hands, aren’t in essence, “real”—that they are only metaphors for the limitless, fundamentally true hands that only God possesses? What if, for just a moment, we were to think of our physical hands as somehow metaphorical and God’s hands as “real?” To understand this, we need to open our thinking to a fundamental idea —if not a fundamental truth: “real” and “physical” are not synonymous.

Yes, our hands can touch and build and make music, but for the sake of this mental exercise, could you suppose for a moment that those things are themselves only metaphors for Real (capital R) touching, real building, and the real creation of music? To put it another way, try to think of God as the Original and Continual Source of Everything, and that anything you can possibly comprehend —or not comprehend, such as seraphs, eyesight, laughter, quarks, galaxies, grains of wheat, or strands of pearls—are as nothing compared to the unique, all-encompassing Oneness of God.

Now, for just a moment, dwell on the notion that our ability to think, see, touch, hear, create, reproduce, etc. is in a sense, not real. And that although our hands and the things our hands do, are decidedly tangible, they are a mere facsimile when compared to God’s non-temporal “hands.” (And just to reiterate: a thing need not be physical to be real.)

We all experience many nonphysical things that are in fact very real. How about love? Aside from the act of intimacy, is there a physical dimension to love itself? Does love take up space? Does it exist in time? Does it have any of the properties shared by other physical things? Clearly not, but anyone who has ever loved and been loved in return knows how utterly real love is.

For many of us, opening our minds to the existence of things and ideas that are not empirically provable, things and ideas that have no temporal qualities, can feel strange and even frightening. Imagine, though, that gaining a greater openness to things of a spiritual nature is like finally putting on a pair of glasses that allows you to see a whole new aspect of the world that you’ve been missing.

The list of what lies beyond our ken is endless — and still, we as human beings, have become inured to the sheer normalcy of things that are beyond our comprehension.

One last thought. If you’re someone who has trouble staying open to “irrational’ subjects like prayer or a connection to an indefinable Force beyond the self, and beyond the world you can sense; you might want to consider how many things and experiences you encounter daily that you will never comprehend. The power of music for example, the vastness of space, the absurdity of dreams, the intensity of envy, of joy, of grief. Not to mention wind, water, or fire.

Sure, we know the scientific names for some of their components, but that doesn’t scratch the surface of what we would call: real knowing. The list of what lies beyond our ken is endless — and still, we as human beings, have become inured to the sheer normalcy of things that are beyond our comprehension. This is to say that it’s probable that there’s nothing in the world that we do comprehend, at least not fully. In this sense, the abstractions, the “unknowables” are around us, always —and strangely, they are not so foreign to us. We are accustomed to them, even comfortable with them. Of course, we are. We exist alongside only what is unknowable and utterly inscrutable

Just a note: The Antivert worked, the room stopped spinning. I drank some mint tea, ate a half box of crackers, and caught the same flight back to LA the following morning. You can bet I prayed with a new intention after that trying day. 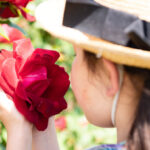 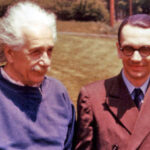 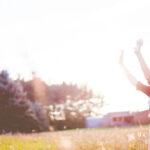 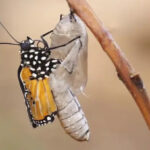 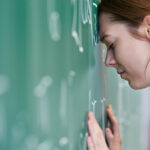 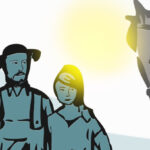