Christmas Music in a Kosher Bakery 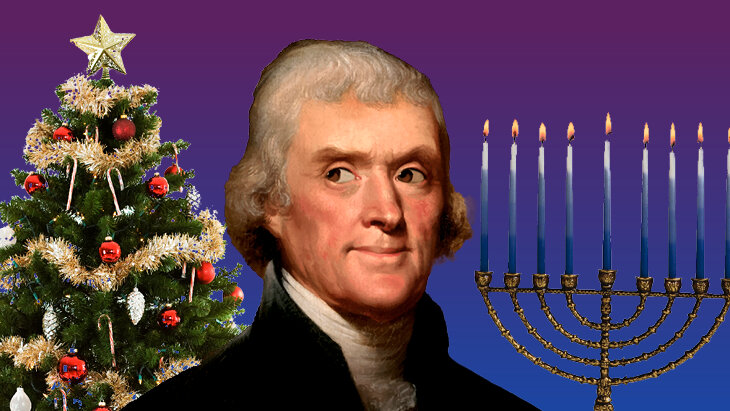 Thomas Jefferson argued that when it comes to religion, “Divided we stand, united we fall.”

Thanksgiving won’t be here until a week from Thursday but signs of Christmas are already showing up. Last night I walked past a nail salon with a tinsel-and-ornament-bedecked holiday tree in its window. The dog grooming establishment up the street features a display of glittering “snow” and lights in the shape of reindeer. Starbucks’ Christmas Blend was added to the menu two weeks ago.

Others might complain about the tendency of Americans to start the holiday season earlier every year, but not me. I enjoy Christmas decorations and the upbeat Christmas mood — and I write that as an observant Jew for whom Dec. 25 has no religious significance. I’ve never celebrated Christmas, but I like seeing my Christian neighbors celebrate it. Far from feeling uneasy when the sights and sounds of Christmas surround me each December, I find them reassuring. They reaffirm the importance of the Judeo-Christian culture that has made America exceptional and, for the most part, a safe haven for religious minorities.

On Thanksgiving some years ago, I tweeted with delight that I had heard my first Christmas song of the season at 8 a.m. that morning in, of all places, a kosher bakery in Brookline. Then I added: “As Thomas Jefferson said about religion in America: ‘Divided we stand.’ ”

A reader asked if I was being facetious or making some obscure Jefferson joke. Far from it, I responded. That was indeed Jefferson’s view. I sent her a link so she could read his comment in its original form. 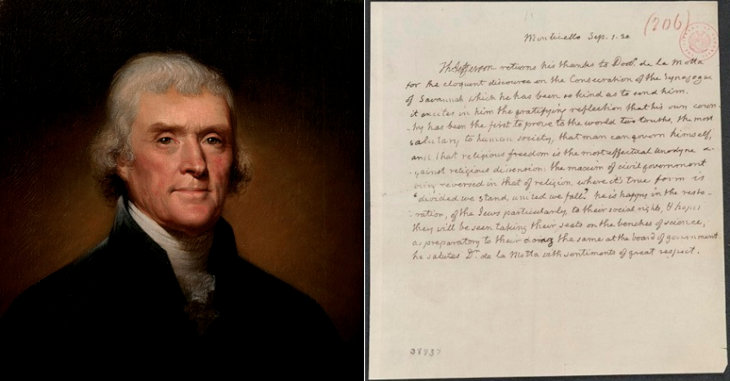 Thomas Jefferson understood that the key to expanding social harmony was to expand individual liberty.

The phrase comes from a brief letter he wrote to Jacob de la Motta, a physician who had served as an Army surgeon before opening a private medical practice in Charleston, S.C., where he was also active in local politics, philanthropy, and Jewish communal affairs. In July 1820, de la Motta sent the former president a copy of a speech he had delivered at the dedication of Congregation Mickve Israel, a synagogue in Savannah, Ga. Replying from Monticello on Sept. 1, Jefferson called it “gratifying” that the United States was the first nation in history “to prove to the world two truths, the most salutary to human society — that man can govern himself, and that religious freedom is the most effectual anodyne against religious dissension: the maxim of civil government being reversed in that of religion, where its true form is ‘divided we stand, united we fall.’ ”

Religious freedom is the most effectual anodyne against religious dissension.

Thirty years earlier, in a famous letter to the Jewish community of Newport, R.I., George Washington had vowed that the then-new American government was committed to religious tolerance, and would give “to bigotry no sanction, to persecution no assistance.” Jefferson was always a passionate defender of religious liberty, but his message to de la Motta was not merely a reiteration of Washington’s pledge of tolerance. He was making a deeper point, one as relevant today as it ever was.

The surest way to prevent a society from igniting in religious strife, Jefferson argued, is not through the establishment of an official religion, but through a steadfast refusal to give any religious creed the endorsement of the state, let alone to dictate how Americans should worship or what faith they should confess.

Our most volatile clashes and controversies tend to flare up when government has its heavy hand on the scale. The endless skirmishing — or worse — over what should be taught in public schools is a good example. Because schools are controlled by the government, and because government is controlled by those with the most political power, parents, teachers, and administrators regularly find themselves embroiled in all-consuming fights that allow no room for compromise. “Throughout American history,” Neal McCluskey, a scholar at the Cato Institute, has written, “public schooling has produced political disputes, animosity, and sometimes even bloodshed between diverse people.” Battles royal have erupted over race and ethnicity, over Darwinism-vs.-intelligent-design, over the censoring of books and the wearing of armbands, over multiculturalism and sex education, over mask mandates and arming teachers.

By contrast, furious conflict over religion in this country is almost unheard of — even though tens of millions of Americans feel at least as strongly about their religion as they do about their kids’ education. American Catholics and Protestants don’t get into vicious catfights over the pope’s authority. Orthodox and Reform Jews don’t wage war over the proper content of the Sabbath prayerbook. Atheists and believers don’t have bitter clashes over whether children should pray before going to sleep. Though religious differences run deep, religious animosity is pretty rare. Countless Americans manage to live peacefully with neighbors whose religious values they don’t share.

When it comes to religion, we are further from unanimity than ever. And yet we live, by and large, in a land of religious amity.

They can do so because, in Jefferson’s words, “religious freedom is the most effectual anodyne against religious dissension.” Under our Constitution, Americans decide for themselves what to believe and whether to worship. Government plays no role in those decisions. Political leaders have no power to determine the doctrines of any faith. Here, church and state are separate. That’s why religion has flourished so peaceably.

There have been exceptions, some quite shameful. Religious minorities have at times faced despicable persecution — Mormons were massacred, Catholics tarred as disloyal, Jews barred from hotels and universities. America’s record of religious tolerance has not been perfect.

But the exceptions don’t invalidate the rule: Where religious liberty is secure, divided we stand. Two centuries after Jefferson penned his letter to Dr. de la Motta, America is a nation of 330 million and home to faiths and sects the Founders never heard of. When it comes to religion, we are further from unanimity than ever. And yet we live, by and large, in a land of religious amity — a country where kosher bakeries play Christmas music and no one bats an eye. Hallelujah! 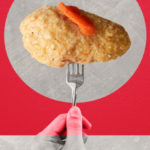 Why These Foods are So Quintessentially Jewish5 min read 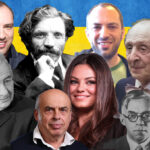 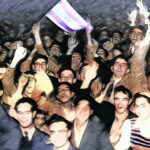 When the State of Israel Was Born: 6 Fascinating Eyewitness Accounts9 min read 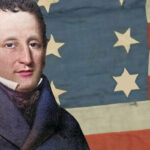 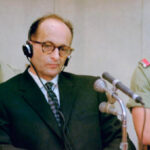 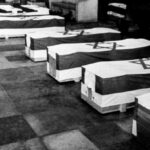 We Were at the 1972 Munich Olympic Games7 min read