A Doctor's Life: A Tribute to My Brilliant Father 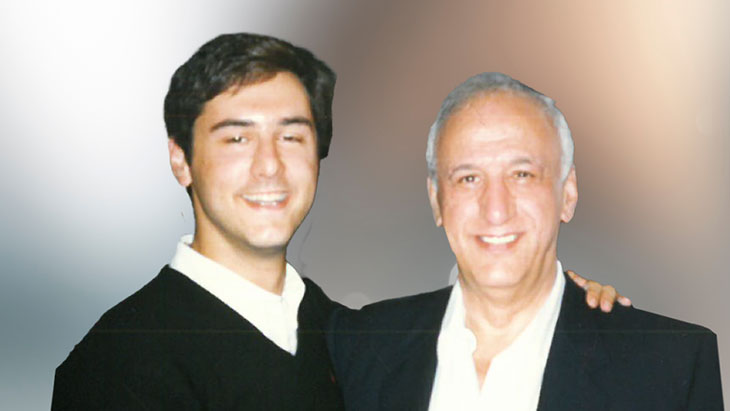 Sitting shiva enabled me to appreciate my father's genuine greatness.

"Your father is brilliant," my mother often told us. "He's always the smartest man in the room."

It was endearing how my mother put my father on such a high pedestal, but I dismissed her remarks as hyperbole.

It took seven days of sitting shiva for my father, who died Passover night at the age of 88, for me to discover that she was right. Reading numerous emails from colleagues, hearing stories from the extended family, and taking the time to look back at my father's life gave me a far greater appreciation of my dad, Dr. Harvey Coopersmith. 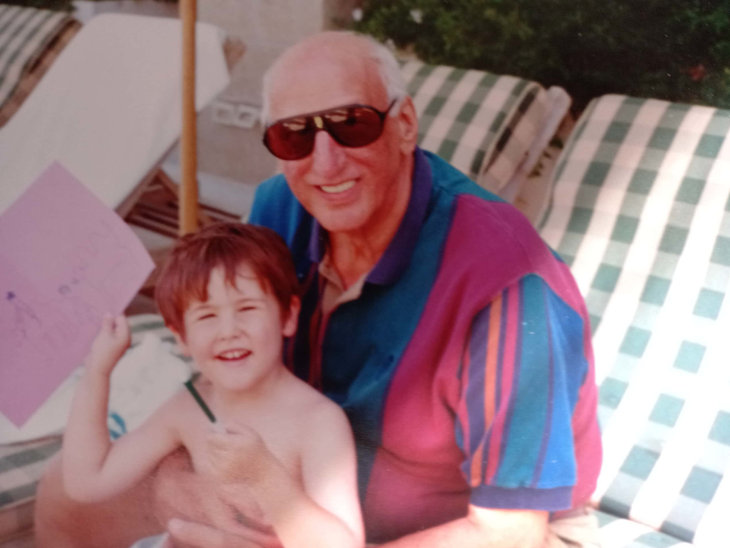 My father grew up in a small two-bedroom apartment on top of my grandfather's upholstery store in Toronto. He slept on the living room couch while his two sisters took the second bedroom. He never had his own bed until he got married.

After graduating from high school in the late 40s with top honors, my father – a tall, handsome basketball player – went to University of Toronto's Medical School. He was 17. He had to intern for an extra year because the med school thought he was too young to graduate as a doctor (not quite Doogie Howser, but close). 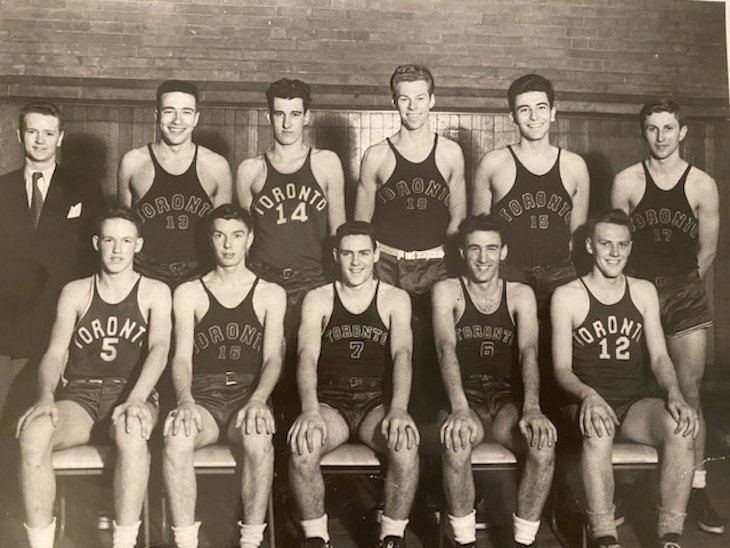 My father was a great basketball player in his day. He's #6, bottom row, second from right.

He excelled in med school and was already getting a reputation for having an uncanny sixth sense at diagnosing illness.

My father met my mother, Myrtle, while they were working at a summer resort. My father was the maître de. They married at 20.

He worked as a general practitioner and when he and my uncle Dr. Norman Kerbel decided to go back to school to specialize in endocrinology, they struck a deal: one would go back to school, while the other supported both families, and then they would switch. No easy feat considering my parents had five kids and my uncle had four. They both kept their side of the arrangement.

Despite his brilliance, he was warm, approachable and humble to the core. Over the course of his 64 years working as a doctor he had one simple goal: to help people.

My father joined the faculty of York-Finch Hospital in 1970 where he had various leadership roles, including Chief of Staff, Chief of Medicine and Director of Nuclear Medicine. Over the course of his 64 years working as a doctor he had one simple goal: to help people. Despite his brilliance, he was warm, approachable and humble to the core; a dignified leader who understood that compassion and knowledge speak louder than bluster and self-importance.

A colleague wrote, "Harvey’s medical acumen and global knowledge was unmatched. I will always remember him as the elder stateman of the Thursday Medical Rounds at York-Finch, who knew the correct diagnosis after the first few lines of the clinical history, and a mentor for all physicians in the Doctors’ Lounge on the breadth of the human condition." Another colleague called him a legend.

When a family friend experienced searing back pain, doctors thought he may have life-threatening cancer. My father asked, "Did he have a recent dentist appointment? It may be an infection caused by bacteria caught in the gums that travelled through his blood and nestled in his vertebrae." Turns out my father's hunch was right; all he needed was antibiotics. 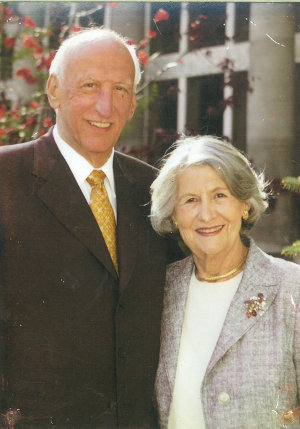 My parents, Harvey and Myrtle Coopersmith

Perhaps it was his selfless spirit that merited him to survive the catastrophic rupture of an abdominal aortic aneurysm when he was 58. He was planning a trip and had left a series of Dictaphone tapes that were inadvertently erased. While my father stayed late in his office to re-record the tapes (otherwise he’d be stuck in his car on the highway heading home), he collapsed and managed to call the front desk of the hospital. "Come get me quick." EMTs arrived within minutes to find my father suffering from massive internal bleeding. Their lightning response in his office helped stabilize him and save his life. Thank God, he pulled through exceedingly difficult surgery and survived. He even managed to outlive my robust mother by six years.

Despite suffering from a host of other ailments – colitis, a colostomy, diabetes to name a few – he never uttered a word of complaint. And that's not an exaggeration. He was a fighter, through and through. He was committed to make the arduous trip to Israel to visit my family and my brother's family as often as he could, chaperoned by my sister and brother-in-law, and full-time assistants. Nothing gave him more pleasure than being surrounded by a swarm of his grandchildren and great-grandchildren, eating ice cream in Jerusalem.

I witnessed his inner strength and resolve on full display when my mother died. My father, then 82, was hit with three simultaneous upheavals: the death of his wife of 61 years, a move in to a small apartment in an assisted living residence, and a new job. The hospital he helped build was closing down and amalgamating into the new, large, state-of-the-art Humber River Hospital. My father would have to go through a sharp learning curve in order to continue working in Nuclear Medicine and master the modern technology. 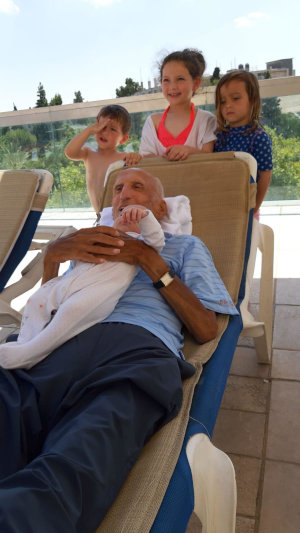 In Israel with some of his great-grandchildren

Most people would just retire at this point. Not my father. Undeterred, he managed to learn the new, complicated ropes and worked for three more years until he suffered a fall and was no longer able to drive.

When he died, Humber River Hospital sent a tribute to the entire staff, saying, "It is hard to put into words what his service has meant to the thousands of patients he had seen and diagnosed over the years and to the lengthy service he gave to our hospital… He served as a mentor to many young physicians over the years and colleagues always held him in high regard. The advice and guidance he provided has been invaluable and we have been told this by several of his colleagues who are still active at the hospital."

In the ICU of the hospital he helped found, he fought with every fiber of his being to hold onto life, instructing doctors to resuscitate if it came to that. He passed away the night of Passover, an auspicious time, leaving behind a legacy of dignified strength, compassion and kindness.

And yes, Mom, brilliance too.

A Ghostly Bar Mitzvah
The Promise Of The Land
Which Chat Are You On?: Parshas Behar/Lag Ba’Omer
Do You Like Slow-Cooked Food? Thank the Jews
Comments
MOST POPULAR IN Heart of Matter
Our privacy policy