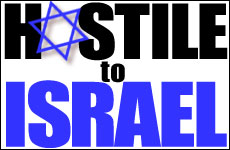 Jewish intellectuals -- then and now.

Long ago the prophet foretold, "Your ruiners and destroyers will go out from you" (Yeshaya 49:14). In recent years, that prophecy has been most frequently fulfilled by Jewish intellectuals and professors.

The 1961 Commentary symposium, "Jewishness and the Younger Intellectuals," is a good starting point for a consideration of this trend. In those days, the still young state of Israel had captured the imagination not only of the vast majority of America's Jews, but of much of the Western world. The story of the creation of a Jewish national state, against all odds, so soon after the Holocaust was the stuff of Hollywood.

Yet even at that early date, the overwhelming majority of the prominent younger intellectuals who contributed to the Commentary symposium professed little interest in Israel. If they confessed to rooting for Israel in its wars, they did so with more than a measure of embarrassment. More commonly, however, they fretted about the fledgling state's bellicosity, its mistreatment of Arabs.

The animosity directed at Israel has made it impossible for Jewish intellectuals to remain indifferent to Israel.

But even their criticisms were muted. Their lack of interest in Israel paralleled a similar lack of interest in their own Judaism. One articulate contributor compared lapsed Catholics to her fellow Jews who observe nothing of Jewish religion. The former, she noted, will hesitate to call themselves Catholics after having lost their faith, while the latter had no trouble calling themselves Jews, even though nothing about their lives identified them as such. The lapsed Catholics could still understand the power of faith, whereas the Jews "find it quite incredible that anyone should believe in a body of religious dogma. That our children should convert to another religion no more strikes us as a real possibility than that they should convert to Judaism itself."

Only one contributor to the symposium listed the Jewish religion itself as the Jews' greatest contribution to civilization. And if the contributors spoke of religion at all, it was of the "prophetic tradition," which they identified with their own grandiose conception of their role as intellectuals. Thus the assimilated Jew "removed from his own traditions and not deeply rooted in the host society" became the spokesman for social change. The image of the Jew as perpetual outsider, speaking truth to power, appealed to the intellectuals, as did the role of Jews as champions of universal justice -- even as these concepts of justice were acknowledged to be the common property of all mankind in modern times.

We are a long way from 1961, and a lot has changed since then. For one thing, Israel's image in the world has plummeted. Far from being viewed as a doughty David, Israel is portrayed today as a brutal Goliath crushing the oppressed Palestinians. In poll after poll, Western Europeans identify Israel as the greatest threat to world peace. The animosity directed at Israel has made it impossible for Jewish intellectuals to remain indifferent to Israel. They must take a stand, and frequently that stand is hostile to Israel, sometimes virulently so.

In short, Israel has made life uncomfortable for Jews, particularly those who identify with the progressive avant-garde. When NYU Professor Tony Judt wrote in 2003, "The depressing truth is that Israel today is bad for the Jews," one could not help but feel that things had gotten too hot for comfort at faculty sherry hours. Judt accused Israel of holding Diaspora Jews "hostage:" "The behavior of the self-described Jewish state affects the way everybody looks at Jews." In particular, Israel's actions endangered Diaspora Jews by provoking attacks on Jews by young Muslims and others. For his part, Judt called for the dissolution of the Jewish state, and its replacement by a single Palestinian/Jewish state.

Over the top criticism of Israel that subjects Israel to standards applied to no other country in the world is, of course, nothing new for those living in Israel. An entire organization, Israel Academia Monitor, is devoted to nothing other than the writings of virulently anti-Israel Israeli academics. At any international panel on Israel, the Palestinian representatives have an easy time because they can count on one of the Jewish representatives outdoing them in anti-Israel invective. Ilan Pappe, a tenured professor at Haifa University, has been at the forefront of all international calls for academic boycotts of Israeli academic institutions and academics (who do not issue appropriate denunciations of Israeli policy).

To gain admission to the "progressive" camp today one must view Israel as misbegotten from the very beginning.

Now Professor Alvin Rosenfeld has produced a chilling essay, under the auspices of the American Jewish Committee, entitled "Progressive" Jewish Thought and the New Anti-Semitism, in which he documents similar trends among Jewish academics in the Diaspora. To gain admission to the "progressive" camp today one must view Israel as misbegotten from the very beginning. British professor Jacqueline Rose, for instance, pronounces "the soul of [Israel] was forfeit from the day of its creation."

She describes Zionism as a lineal descendant of Sabbateanism, and another form of "collective insanity." One of Rose's more remarkable claims in her book The Question of Zion is that both Theodore Herzl and Hitler attended the same concert featuring Wagner's music in Paris: one was inspired to write The Jewish State and the other Mein Kampf. What makes this claim particularly remarkable is that Hitler never set foot in Paris until 1940 and Herzl died in 1904. Perhaps most depressing is the fact that such easily refuted claptrap could be published by Princeton University Press.

No crime is too great for Israel. Liberation theologian Marc Ellis writes, "What the Nazis had not succeeded in accomplishing... we as Jews have embarked upon." Canadian philosophy professor Michael Neumann says world Jewry is more complicit in Israel's crimes than were the German people in those of the Nazis. He accuses Israel of waging a race war against the Palestinians aimed at nothing less than the extinction of a people. That is a curious claim given the high rate of population growth both of Arab citizens of Israel and Palestinians and the sharp decline in Palestinian infant mortality under Israeli rule. But then again factual argument is not the strong point of any of the works Rosenfeld surveys.

Neither is context. When Jacqueline Rose describes the "razing of the town of Jenin" by Israeli forces, she not only repeats thoroughly refuted Palestinian fabrications. She also omits any context. None of these writers places Israeli actions within the context of Palestinian terrorism – e.g., the more than 130 Israeli victims of suicide bombings in the month leading up to the IDF's entry into Jenin and other West Bank towns. Nor are Israel's actions ever compared to those of other nations facing similar threats. An absolute standard is applied to Israel that no nation has ever met or could ever meet.

The reason is clear: Israel alone of all the world's nations has no right to exist. Journalist Esther Kaplan, for instance, looks forward to the day when Israel will become a complete pariah state, "totally isolated by world opinion," until it has no choice but to dissolve.

What these Jews seem to find most repulsive about Israel is its claim to a particularistic Jewish national identity. In that respect they emulate classical German Reform, which was always at pains to eschew any national identity or hopes, which might conflict with the loyalty of those of the "Mosaic persuasion" to the German state. Zionism, with its ideas of "blood and soil, [and] memories of victimization... needs to dissolve before 21st century realities," writes the well-known poet Adrienne Rich. (The same realities, needless to say, do not lead her to call for the dissolution of the more than 20 Muslim states in the world, in which non-Muslims experience various levels of legal disability.)

In a similar vein, Tony Judt finds "the very idea of a `Jewish state' -- a state in which Jews and Jewish religion have exclusive privileges from which non-Jewish citizens are forever excluded -- [to be] rooted in another time and place" -- in short, an "anachronism." The key, writes Joel Kovel, is for Jews to annihilate their notions of "Jewish particularism, exceptionalism, ethnicity, and chosenness."

Like their intellectual predecessors from the 1961 Commentary symposium, the only image with which these Jewish progressive are comfortable is that of the prophet, rejecting all social norms, castigating their brethren, and preaching universal values above all national borders. Like philosopher Yeshaya Leibowitz, who was fond of speaking about the "Nazification" of Israeli society and Judeo-Nazi soldiers, they are infatuated with the "prophetic" mode of condemnation.

Amazingly, Rosenfeld's article became a cause celebre -- not, however, for what it revealed about dangerous activities of Jewish intellectuals. Rather a New York Times headline characterized him as having accused liberal Jews of fanning anti-Semitism. The Forward charged him with trying to stifle criticism of Israel and turn Jews against liberalism -- though neither the word liberal nor liberalism appeared anywhere in his essay. The normally temperate and sensible Samuel Freedman claimed Rosenfeld was waging his own war against Amalek. And a writer in the Boston Globe claimed that his real agenda was to turn American Jews against Democrats and in favor of President Bush's war in Iraq, though again the words George W. Bush, Democrats, and Iraq appear nowhere in his essay, and none of those about whom he was writing are identified with mainstream Democratic politics.

"How does joining a debate become an effort to suppress it?"

All this is quite remarkable given that Rosenfeld advocated no particular program for combating the most virulent Jewish critics of Israel. Nor could he have. The censure of the American Jewish Committee, after all, would hardly constitute much of a deterrent for the writers surveyed. All Rosenfeld did was expose their ideas to examination and attempt to refute them, with a minimum of ad hominem characterizations other than their own self-chosen label as "progressives." As Wall Street Journal editorial board member Bret Stephens put it, "How does joining a debate become an effort to suppress it?"

The hysterical reaction to Rosenfeld's essay does, however, point to a recurrent problem for Jewish defenders of Israel. When, for instance, they rebut the ludicrous Walt/Mearsheimer thesis about an Israel Lobby that has commandeered American foreign policy for Israel's benefit -- a thesis advanced in a purported academic paper that cites not one original document and relies almost exclusively on op-ed pieces found on neo-Nazi websites -- or to Jimmy Carter's book on the Middle East, their efforts at refutation are cited as evidence of the existence of a powerful pro-Israel lobby seeking (with notably little success) to suppress all criticism of Israel.

Similarly, for progressive Jews, totally convinced of their own absolute righteousness and Israel's absolute evil, any effort at refutation of their hyperbolic charges, can only be seen as part of a conspiratorial effort to silence speakers of the truth.

This article originally appeared in the Yated Neeman.