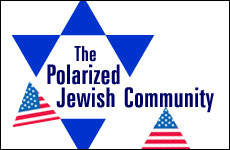 The renewed debate over how many Jews there are in America is about as meaningful as the mythical medieval argument over how many angels could stand on the head of a pin. Five million angels? Six million? Eight million? A more sensible question would be: Even if they could, why would any number of angels want to stand on a pin?

The pin in this case is a meaningful Jewish identity. This is not necessarily the same as answering "yes" over the telephone to a pollster who asks you if you are Jewish or are raising your children as Jews. The same pollster can ask you whether you eat cornflakes, and you can answer "yes" to that, too, without intending to convey that cornflakes are central to your life or that you would even exert yourself to buy a box of them if your neighborhood supermarket ran out of them.

As has been repeatedly pointed out, counting Jews in America is a function of how one defines being Jewish. Once upon a pre-modern time, this definition was agreed on by all Jews. A Jew was someone recognized as such by Jewish religious law, which meant someone able to participate in the rituals and ceremonies of the Jewish community to which he or she belonged.

But this was back in the days when just about every Jew did belong to a Jewish community. Those times were already passing in the early 19th century and are long gone today. Outside of Israel, Jewishness, at least as far as the statisticians are concerned, has become a matter of self-definition -- and self-definition, as we all know, is subjective and therefore intrinsically not measurable. Two people saying they are Jewish can mean totally different things by it.

This is why the numbers debate is not really very significant. One can argue whether there are 5.2 million Jews in America, as was determined by the 2001 National Jewish Population Survey, or whether there are 6.4 million, as has now been claimed in a study undertaken by demographers Ira Sheskin and Arnold Deshefsky, respectively, of the universities of Miami and Connecticut, but in either case, the 1.2 million now-you-see-them-now-you-don't Jews that make up the difference are more virtual than real.

This is because the Jews who are the most difficult to count are inherently those who are not part of the Jewish community, do not give their children even minimal Jewish educations, and can be located only by means of random phone calls of the "Do you eat cornflakes?" variety. Even if they identify themselves as Jewish over the telephone, this identity is highly likely to be tenuous in the extreme and highly unlikely, in their children, to survive another generation of intermarriage and assimilation.

And yet any observer of the American Jewish scene knows that shrinkage is only half of the story. The other half is the remarkable strengthening of Jewish education, religious observance, and creativity in that part of the American Jewish community that has chosen to remain strongly Jewish. Nor are these two seemingly opposed processes unrelated. On the contrary: As assimilation has claimed more and more American Jews, American Jews who wish to resist it have increasingly come to understand that the only way to do so is by putting more of an effort into being Jewish.

This community has also become more Orthodox, both because Orthodox families have by far the highest Jewish birth rate -- they are the only American Jews who are reproducing above replacement level -- and because they have, again by far and away, the greatest success in retaining their children and preventing defections from the Jewish fold. Although they constitute today an estimated 10% of American Jewry, they comprise a third of its regular synagogue goers, 20% of its under-18 population, and barely 1% of its Jews who intermarry.

Moreover, as bitter as the divide between them and Reform and Conservative Jews may be over cultural issues, the intense allegiance of Orthodox Jews to a Jewish way of life is a model that Reform and Conservatism will increasingly have to follow if they are to survive. The real demographic story of American Jewish life may turn out to be its steady "Orthodoxization" in the years to come. Although this is something whose implications few American Jewish leaders or institutions have given much thought to, it is too clear a trend to ignore.

This article originally appeared in The New York Sun.

Mr. Halkin is a contributing editor of The New York Sun

No Jews or Israelis Allowed

I Can Be: A Meaningful Musical Video

Did an Illicit Relationship Lead to the Expulsion of England’s Jews?