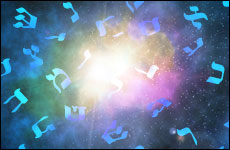 The meaning of the number 120 in Jewish thought.

Excerpted from the just-published book Jewish Wisdom in the Numbers.

The number 120 marks a full lifetime. The average human lifespan (and standard measure of a generation) is associated with 70: “The days of our years are 70 years.”1 Nevertheless, the optimal length of life, as echoed in the conventional blessing given for long life (“You should live until 120!”) extends to 120 years. This epitomizes the sum of years in which man is to live out his life.

Rabbinic literature records several scholars within the historic period of the Mishnah who lived for 120 years.2 But the most famous individual whose 120-year lifespan is explicitly recorded in the Torah was the greatest Jewish leader of them all: Moses, Moshe Rabbeinu.

The Life of Moses

The life of Moshe began with his secret birth against the backdrop of the Egyptian edict to kill all the newly born Jewish boys. He was rescued from the River Nile by Pharaoh’s daughter, who drew him from the water.3 Growing up in the royal palace, he shouldered the burden of his oppressed brethren who were brutally forced into backbreaking labor.4 After Moshe fled Egypt, God chose him at the burning bush to become the redeemer of Israel.5 Moshe was 80 years old when he stood before Pharaoh demanding that he let the Jewish People go.6 Moshe’s 40-year leadership spanned the decades from the Exodus through the years in the Wilderness, until just prior to their entry into the Holy Land.7

The Torah stresses that Moshe’s physical and mental prowess did not diminish nor wane in old age.8 Prior to his demise, Moshe gave testimony that all his faculties were fully functional and completely intact. His inability to enter the Holy Land was due only to God having decreed it. In line with the righteous, whose years are complete,9 Moshe died on the same date as his birthday,10 his life in This World spanning exactly 120 years.11

The defining feature of Moshe’s life was the Torah. His role in redeeming the Children of Israel from Egypt was solely so that they would receive God’s Torah at Sinai, with Moshe playing an essential role in its transmission to the Jewish People.12 Indeed, there is a parallel between days and years in terms of the process of Moshe’s receiving the Torah. In ascending the mountain to receive the Torah, there were three 40-day periods, namely (40 x 3 =) 120 days in total.13 This contains in microcosm the 120-year life of Moshe, which was dedicated to teaching Torah to the Jewish People.14

The Jewish baby was named “Moshe” by Pharaoh’s daughter because she saved him when he was an infant in a casket floating on the River Nile: “for I drew him from the water.”15 This reflects the unique spiritual nature of Moshe in his affinity to tzurah, form, which is taken out and raised above the level of chomer, matter. Chomer is exemplified by water, whose liquid state has no definite form.16

The Talmud sees a cryptic allusion to Moshe in the episode recounting the corruption in the world before the Flood. “God said: ‘My spirit shall not abide in man forever, insofar as he is also flesh; therefore his days shall be 120 years.’”17 The term “insofar as he is also,” has the same numerical value (345) as the name Mosheה.18 Furthermore, the 120-year period in the verse is a clear reference to the years of Moshe’s life.19

There are several striking correspondences between the period of the Flood and the life of Moshe. Interestingly, the theme of succumbing or rising above water features strongly in both.

Just as Moshe survived by being “drawn from the water,” so was mankind temporarily spared the waters of the Flood in the merit of Moshe, and also for the equivalent time frame of 120 years.20 During these 120 years, God restrained His anger. He did not immediately punish the wicked; He afforded them the opportunity to repent.21 The Divine instruction given to Noach about publicly constructing the ark,22 was the means of warning mankind that God was ready to bring about the destructive Flood.23

The newborn Jewish boys in the Egyptian exile were condemned to drown in the water,24 with only Moshe surviving by being contained within a ark. This has its parallel in the times of the Flood, where all of civilization was similarly drowned in the waters, with the notable exception of Noach and the remnants of civilization, who were preserved by being housed within a ark.25

The ark built by Noach over the course of 120 years symbolized a “lifetime.” It was the environment in which the last remnants of civilization would live and survive until after the Flood. In its aftermath, they would reestablish themselves on the land.

In the same way the ark was used to reestablish life on Earth after the Flood, Moshe was responsible for the acceptance of Torah, which would give the world its endurance. Indeed, even the world’s creation has a connection to Moshe – the opening word of the Torah, bereishis, “in the beginning of …” contains an allusion to Moshe, who is also described with the term reishis, first.26

By extension, Moshe’s 120-year lifespan relates to the full time continuum.27 The maximum length destined for the physical universe is 6 millennia: “The world will exist for 6000 years.”28 Time is arranged in concentric units. Hours are turned into days, days into months, months into years, years into Sabbatical cycles, and finally, Sabbatical cycles into cycles of Yovel, 50th-year Jubilee. This is the ultimate cycle – as the reaching of Yovel symbolically marks the point that a cycle is complete. It now is primed to start anew.29

120: From Moses to the Men of the Great Assembly

The outstanding legacy of Moshe’s 120-year life would be successfully transmitted through the generations. The first historical chain of Torah transmission, documented by the opening Mishnah to Pirkei Avos, began with Moshe and stretched down to the Anshei Knesses HaGedolah, the Men of the Great Assembly, who lived at the beginning of the Second Temple period.30

This lineage represents the transition from the prophetic revelation of the Written Torah (Moshe) to the grasp of the Oral Torah (Anshei Knesses HaGedolah). This assembly included the surviving prophets of the First Temple era. Its members included Mordechai, Ezra, and Nechemiah. They introduced many edicts to reflect the change in circumstances (e.g., the standard textual formulation of the Amidah prayers).

Functioning in the capacity of a Great Sanhedrin, entrusted with the preservation of Jewish life in a new epoch of Jewish history, the total composition of the Anshei Knesses HaGedolah was of 120 members.31 Interestingly, the size of a Jewish community that necessitates a Sanhedrin is one that serves a congregation of no fewer than 120 people.32

120: From Moses Until Today

In truth, the mark of Moshe’s life continues to reverberate in all later generations – down to this day. That Moshe died on his 120th birthday symbolizes that there is a never-ending cycle. This was Haman’s fatal mistake: to think that the month of Adar – during which Moshe died – was a tragic date in Jewish history. The fact that this was on his birthday means that Moshe symbolically lives on – not through himself but through his successors. Rather than his passing creating a void, it denotes a constantly renewable state through later Torah scholars.33

The persona of Moshe is said to be reincarnated into the Jewish leaders of each era. They continue the sacred task of consecrating a life of Torah observance that animates existence and life. It is what human life is all about – a life that hopefully extends to the same length as that of Moshe – 120 years.

Click here to order a copy of Jewish Wisdom in the Numbers, the symbolism in the Hebrew numbers expressed in Jewish thought and practice.

9. See Tosafos, Chagigah 17a citing Yerushalmi, Chagigah 2:3 stating that David died on Shavuos. See Kiddushin 38a and Sotah 13b about the righteous dying on their birthdays.

Jewish Wisdom in the Numbers draws heavily upon the foundational principles of the Maharal. It offers a richly rewarding experience as we gain a new understanding of essential Jewish concepts, viewed through the prism of numbers. Jewish Wisdom in the Numbers is based on the scholarship and research of Rabbi Yehoshua Hartman, a student of HaGaon Rav Yitzchak Hutner zt'l, a world-renowned educator, and the highly acclaimed author of the annotated Machon Yerushalayim edition to the works of the Maharal of Prague. The essays were written by Osher Chaim Levene, a London-based writer and director of Orah, a Torah program for women and post-seminary girls within London's Jewish community, who combines magnificent, lyrical English with a rare talent for clarifying complex concepts.

Is Judaism a Race, Religion, Family or Nation?

Why the Afterlife Isn’t Mentioned in the Torah

Your 10 Guiding Principles for Life
Chukat 5782: Let’s Play the Blame Game!
The Sin of Moses: The Two Ways to Communicate
In Aftermath of Chicago’s July 4th Shooting, Local Moms Provide Countless Points of Light
Comments
MOST POPULAR IN Spirituality
Our privacy policy