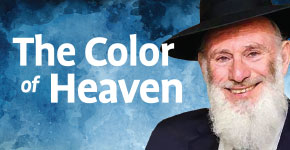 How can a Jew pray three times a day with almost exactly the same words? What if I don't WANT to pray? Am I supposed to open my heart with a can opener? Am I some kind of robot? Watch this video to find out the answer.

In 1972, Rabbi Yaakov Asher Sinclair opened SARM Studios the first 24-track recording studio in Europe where Queen mixed “Bohemian Rhapsody”. His music publishing company, Druidcrest Music published the music for The Rocky Horror Picture Show (1973) and as a record producer, he co-produced the quadruple-platinum debut album by American band “Foreigner” (1976). American Top ten singles from this album included, “Feels Like The First Time”, “Cold as Ice” and “Long, Long Way from Home”. Other production work included “The Enid – In the Region of the Summer Stars”, “The Curves”, and “Nutz” as well as singles based on The Hitchhiker’s Guide To The Galaxy with Douglas Adams and Richard O’Brien. Other artists who used SARM included: ABC, Alison Moyet, Art of Noise, Brian May, The Buggles, The Clash, Dina Carroll, Dollar, Flintlock, Frankie Goes To Hollywood, Grace Jones, It Bites, Malcolm McLaren, Nik Kershaw, Propaganda, Rush, Rik Mayall, Stephen Duffy, and Yes. In 1987, he settled in Jerusalem to immerse himself in the study of Torah. His two Torah books The Color of Heaven, on the weekly Torah portion, and Seasons of the Moon met with great critical acclaim. Seasons of the Moon, a unique fine-art black-and-white photography book combining poetry and Torah essays, has now sold out and is much sought as a collector’s item fetching up to $250 for a mint copy. He is much in demand as an inspirational speaker both in Israel, Great Britain and the United States. He was Plenary Keynote Speaker at the Agudas Yisrael Convention, and Keynote Speaker at Project Inspire in 2018. Rabbi Sinclair lectures in Talmud and Jewish Philosophy at Ohr Somayach/Tannenbaum College of Judaic studies in Jerusalem and is a senior staff writer of the Torah internet publications Ohrnet and Torah Weekly. His articles have been published in The Jewish Observer, American Jewish Spirit, AJOP Newsletter, Zurich’s Die Jüdische Zeitung, South African Jewish Report and many others. Rabbi Sinclair was born in London, and lives with his family in Jerusalem. He was educated at St. Anthony’s Preparatory School in Hampstead, Clifton College, and Bristol University.

More Articles on Vayetzei
MOST POPULAR AT Aish.com
Rosh Hashanah: It's Not about Who's Been Naughty or Nice
Our privacy policy
Aish.com Is Looking for Great Writers