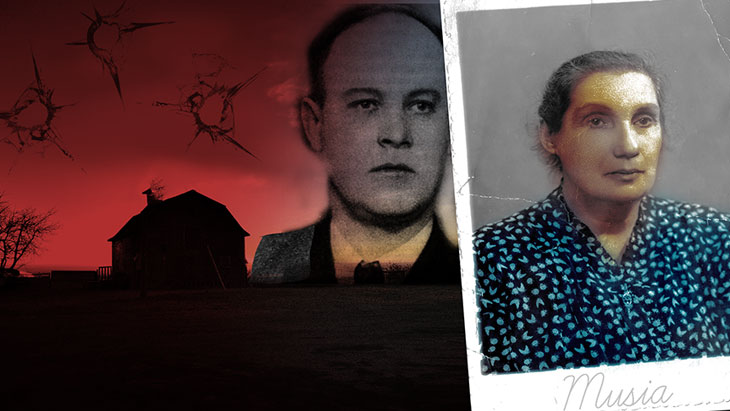 Eighty years later we discovered how my husband's grandmother survived the Holocaust.

Until last month all we knew about how my husband’s grandmother, Musia, and her daughter-in-law, Esther, survived the Holocaust in Lithuania was the sentence she always repeated when asked: 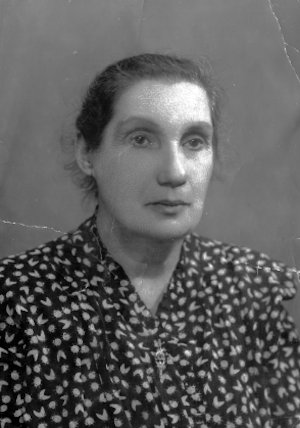 “Not all the non-Jews were bad.” Not a word more.

We know now that the Lithuanian Jews suffered not only at the hands of the Nazis, but also their friends and neighbors.

Sensing the danger that lay ahead, my husband's maternal grandparents, Musia and Zev Blecher, had sent their three daughters to England some time before the war. But they had remained behind with their two sons, intending to leave before it was too late. But they left it too long.

On July 15th 1941, Zev and his sons were rounded up together with all the men in the village called Luke and taken to a field where they were shot by the Nazis.

Musia survived and moved to England after the war. She lived in Birmingham, with her daughter and family (my husband’s family) until her death in 1969.

Musia never spoke about what happened to her and how she had survived.

Musia never spoke about what happened to her and how she had survived, but she had the dates of her husband and sons’ yahrzeits. She explained that one of her sons, Mordechai Yaacov, who had recently married, tried to escape when the Nazis rounded up all the men and he was immediately shot. This explained why his yahrzeit was a day before his father Zev and brother Chaikel.

We assumed that if the Nazis had gathered all the men and shot them, they didn't just let the women go home to continue life as normal. But we never knew what happened to the women and she never told us. 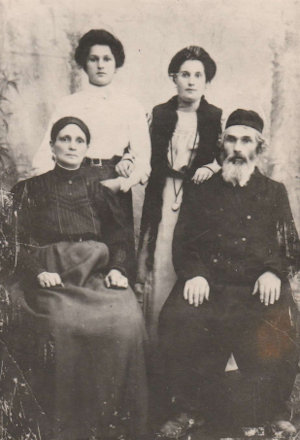 Musia Blecher top row right, with her sister and parents

After her death, her great granddaughter decided to do a Family Roots book for her Bat Mitzvah project. The internet now gave us access to information we would otherwise never have seen. She discovered what had befallen the village from a entry on Jewishgen.org.

On July 15, 1941, two S.S men on motorcycles appeared in the camp and ordered the Jews to bring all their belongings to the yard and to hand over their money and valuables. The women and children were returned to the barn and the men were made to stand in a line. The men were forced to run, and at the sound of a whistle blown by an S.S. man they had to fall and then stand up and keep running. Some who was not quick enough were beaten badly. Although wounded they were ordered to run to the barn and lie down there. That same night the strong and healthy men were taken out of the barn, supposedly to work in the peat fields. Instead they were led one kilometer from the barn and shot there. A day or two later the remaining men were murdered in the same place.

This date coincided with the yahrzeit dates that Musia had written down.

This was the first clue we had about his grandmother’s survival. Presumably she and Esther had been among those hidden by Lithuanian peasants.

We can only imagine the trauma she must have gone through seeing so many of her friends and neighbours rounded up for certain death and the bravery it must have taken to try and escape – especially knowing what had happened to her son who had tried to do the same.

This was all that my niece had discovered but our curiosity was once again aroused regarding how Musia had managed to survive.

Utilizing my own internet skills and various spellings of her name and the village in which they lived, my searches uncovered nothing.

And then I received a message from my nephew with a link to an article on Yad Vashem’s website. It was April 8th of this year, Yom Hashoah. The timing gave me goose bumps and the message couldn’t have been clearer.

Shocked by the attitude of his compatriots towards their Jewish neighbors, Dr. Petras Girbudas did his best to help save Jews.

In the "The Righteous Among the Nations" section there was an entry about a Dr. Petras Girbudas, who lived in the town of Uzventis, Lithuania. From the beginning of the Nazi occupation he had done his best to help save Jews after being shocked by the attitude of his compatriots towards their Jewish neighbors. He personally hid, and persuaded other families to hide, many Jewish women who had survived the mass murders in their villages. 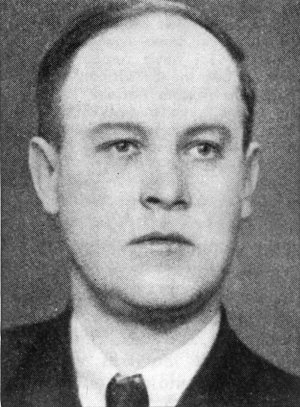 Dr. Petras Girbudas, courtesy of The Righteous among the Nations, Yad Vashem, Jerusalem

His work was supported by his friend Polikarpas Macijauskas, a Catholic priest who headed a women’s monastery. The entry says:

In every sermon, the priest told his parishioners about their Christian duty to help the persecuted and openly talked about helping Jews. In the cellar of his house, adjacent to the monastery, Jews could always find rest and shelter. The survivors related later that the priest used to say Kaddish, the Jewish prayer for the dead, reminded the survivors about the Jewish holidays and did not approve of those of his co-religionists who were helping only baptized Jews.

We read the article with growing gratitude and admirations for these men who had risked their careers, their own and their families lives by so openly helping their Jewish neighbors. Whether or not they had directly helped our family, they had risked their lives for Jewish people when the world had turned against us.

And then just before the end we saw it:

Among those helped by Dr. Girbūdas and Father Macijauskas were … Esther Blecher (later, Kreingel) with her mother-in-law Musia Blecher.

Our search was over. We discovered how our grandmother had survived. She was saved by a Lithuanian doctor, with the help of a priest. And she was so correct. Although there was much evil and horror in Europe, there were also some amazingly brave and good people.

The Happiest Man on Earth: 99 Year Old Holocaust Survivor
The 21st President of the United States: Failure or Inspiration?
Hiding Their Jewishness
The Jewish Pope: Following the Questions Home
Comments