Zhidovka: A Jew in Ukraine 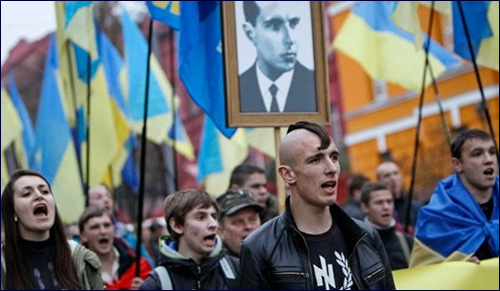 As a child, that dreadful word Zhid echoed through my hometown. Don’t think the anti-Semitism is no longer there.

Growing up in a small town in Ukraine as a Jewish child was extremely painful. My classmates tormented and bullied me for simply being Jewish. I was called a Zhidovka which means Jewess in Ukrainian. This word surfaced when Nazi’s occupied Ukraine and other Soviet Unions cities and began calling Jews in a derogatory manner. The bullying in school got to a point of where I would come home and just cry because of the abuse I endured, even from teachers. My parents would come to school to speak with the teachers but it would just make the situation worse. 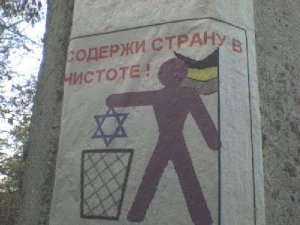 At one point the abuse got violent. Children would chase me, throw fireworks at me and call me derogatory names. I began to stutter out of fear of being hurt and cry daily. In 1996, my parents decided to take me out of school because we were immigrating to America.

I was born to a wonderful Jewish family on September 12, 1985 in a small province called Ovruch in Ukraine. My town was mainly Jewish until the Nazi occupation during the WWII. From my early childhood I realized that there was something different about my family and me. The way we spoke, the names we had, and the way we looked seemed to differ from our fellow neighbors. My family spoke Yiddish, our last name was Shulman and we all had similar features.

Everything Jewish was pretty much kept as a secret.

Jewish people in Ukraine, and I am sure throughout the Eastern Europe, were viewed as a threat to the non-Jewish neighbors. Jewish people in my town were doctors and successful business owners and for some apparent reason that success bothered the non-Jews. The Nazis gathered the people in my hometown of Ovruch, locked them in barns and set them on fire, watching the Jews burn alive. Many Jewish relatives perished during the Holocaust. That dreadful word Zhid echoed through the town, as innocent Jews were murdered for no apparent reason.

My family kept the Jewish traditions in hiding due to the extreme anti-Semitism in my town. My grandfather Aron would go to synagogue on Shabbat in a neighbor’s basement. Passover was also kept in hiding; matzah was baked in basements. Everything Jewish was pretty much kept as a secret. The non-Jews in Ovruch were not fond of Jewish people and their traditions.

I think anti-Semitism will always remain in my hometown and in other cities of Ukraine. A Jew cannot walk freely wearing a Magen Dovid without wondering in the back of his mind if someone will torment him for it. There are however many synagogues and Jewish communities throughout Ukraine in various cities such as Kiev and Zhitomir. But the fact of the matter is that the observant Jews have to be extremely careful when practicing their faith.

My father was in the military for almost 20 years in Ukraine was denied equal rights as military personnel because of his Jewish last name. All this happened not too long ago and it is still happening today. The non-Jews in Ukraine may hide their anti-Semitism to some extent, but when push comes to shove it is unfortunately right there, ready to come to the fore. The Jews who have yet to immigrate to Israel or America are hiding their Jewish identity for their safety. My relatives from Ukraine luckily immigrated to Israel and to America in the early seventies. My family immigrated to America in 1996. We have escaped the religious persecution. My heart aches for the Jews that are still left behind in Ukraine. I know what they are going though because I lived through it myself and witnessed the hatred.

I will never understand how people can have so much hatred towards another human being, especially a child like myself, for just being Jewish. Why should a fellow Jewish person be scared to practice his faith? We are all people and deserve to have equal rights and opportunities regardless of what religion we practice.

Today I am far from those people that tormented me and called me a Zhidovka and I wear my Jewish star proudly. I am married to a wonderful man who also emigrated from Ukraine in the early 1990’s in order to escape the anti-Semitism. We have been blessed with a beautiful son. I am proud to be Jewish and I God-willing I will raise my son to also be a proud member of the Jewish people.

I am thankful that we can freely walk the streets without the fear of being attacked for being a Jew. My family can practice our Jewish faith freely and not have to hide our traditions.

Anna Brener was born in Ovruch, Ukraine. On December 11, 1996 Anna immigrated America to Brooklyn, NY with her parents and grandparents. Anna still currently lives in Brooklyn, New York where she is a happily married mother to two boys and  currently working as a paralegal/legal assistant in the government relations group law firm in New York City. Anna studied in a yeshiva of Nefesh Academy in Brooklyn, New York from 1996 to 2004. She was an honor student and valedictorian. Anna graduated from University of Phoenix in 2008 with a degree in Social Work. For several years she has worked as a Legal Assistant for a Law Firm in New York City.

The Bomb Threat at My Kids’ School

After Buchenwald: Sparks from an Ancient Scroll

Retro Kippah
Vayelech 5783: Regret and Repent
Rabbi Sacks: Focus On the Important, Not the Urgent
Put Your Foot Down: Are Human Feet Poorly Designed?
Comments
MOST POPULAR IN Israel
Our privacy policy
Aish.com Is Looking for Great Writers