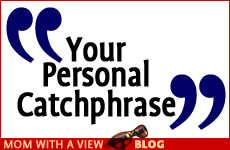 What do I want to be known for?

In Ethics of Our Fathers, most pieces of advice from our sages are prefaced with the words “he used to say.” These are not like the “quotable quotes” that our teenagers are fond of putting in their high school yearbooks – things like” Is it lunch yet?” “Who wants to get me an iced coffee?” “I’m ditching today” or “Bananas? Ooh; gross.” Rather these expressions constitute wisdom for living, specifically that particular sage’s credo.

They were more than words he lived by, they were words he embodied. They were a description of his essence – be it judging others favorably, opening his home to Torah scholars or seeing the good in everyone.

That idea gave me pause. Is there a saying that embodies who I am? I’m afraid my kids would say that my quotable quote is “I got in on sale.” But I hope that if they really look at my life to see what I represent, they would see something deeper and more meaningful (and I hope they won’t tell me if they don’t!). I hope when they write “she used to say,” there will be wiser words than “I’m starting my diet tomorrow” to follow. But it makes me think. What do I want to be known for? Am I making sure that my life is a reflection of that?

When I wake up in the morning, do I run to check my emails or to say my prayers? When I’m on the phone, am I careful not to speak negatively about others? Or do I just chat away, oblivious to the Torah’s prohibition of gossip? How about my time? I have always been moved by the idea that our forefather, Abraham, “came with his days.” The commentaries say that means he lived every moment to the fullest. That’s how I’d like to be, but am I? How much down time do I rationalize? (Do I really need that much rejuvenation?!)

I sometimes wonder if I was the star of a Reality TV show (no, this is emphatically not a fantasy of mine) and a camera followed me around all day, what would it see? Would the film reveal the person I imagine myself to be or a much paler imitation?

Well that wiped the smile right off my face. And although I attribute some of that response to nervousness in the face of an intimidating high school principal, I was not happy. I certainly don’t want that to be my “she used to say”! It’s definitely not what I want to embody. And I don’t even think it’s true. Yet…

It was a wake-up call. I have to live my life like I mean it. The ideas and values that I say are priorities have to be demonstrably so. Even in stressful situations, my children should be able to say “She tried to do what’s right” or “She wanted to help the Jewish people” or “She worked hard and used every moment wisely and well.” (I can dream, can’t I?)

I don’t want my Mishnah to be about clothes or food or the material world. I want it to be deeper and more meaningful. I also don’t want it to be, she used to scream, “Get out of bed now; it’s time to go to school” or “Clean up you room; it’s a pig sty.” Rather my credo should express a calm and gentle demeanor (more dreaming).

You Need a Vacation